Lissie kicks her cold at the Opera House

The rescheduling of Lissie's October concert at the El Mocambo was clearly a blessing in disguise. On Monday night, with pretty much no publicity, Lissie managed to sell-out the Opera House, packing it with plenty of pretty girls and boys. 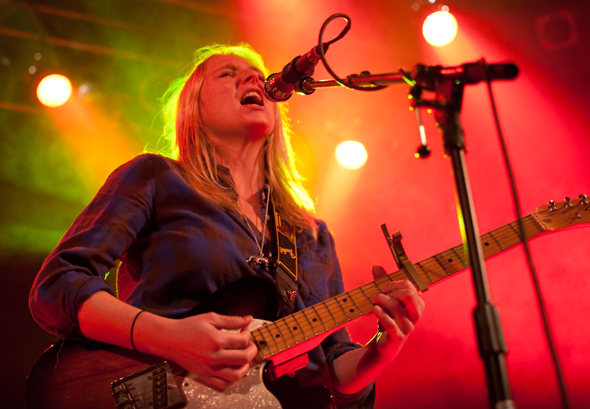 If she hadn't left a pile of used tissues on the stage, you never would have known Lissie wasn't performing at anything but 100 per cent. Easing into the set with a slow and steady version of "Wedding Bells," Lissie and her band were almost cautiously feeling out the attentive Toronto crowd. Her combination of tequila and Buckley's must have been working -- because the pace kicked up several notches on "Worried About," a tune that packs impressive tongue-twisting lyrics into every verse. 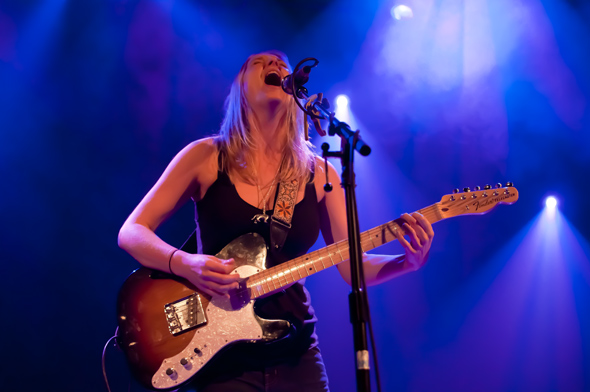 On her current single, "When I'm Alone," I couldn't help but marvel at the multitasking Lewis Keller who held down both bass and drum duties with ease, thanks to a special kit. "When I'm Alone" has the catchiness of an alt-country Taylor Swift song that's been kicked in the ass by Stevie Nicks. Lissie and the largely female audience weren't shy in belting this one out with arms raised up towards the sky. It was a true "girl power" moment, no doubt. 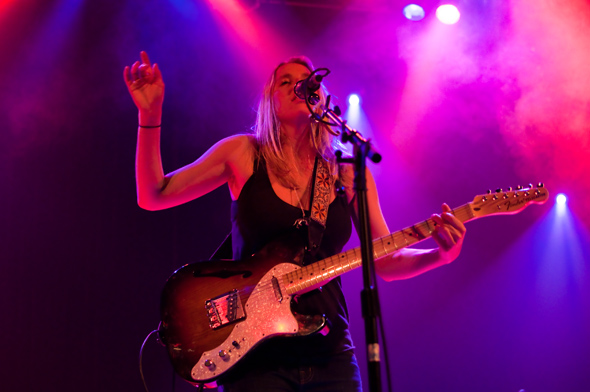 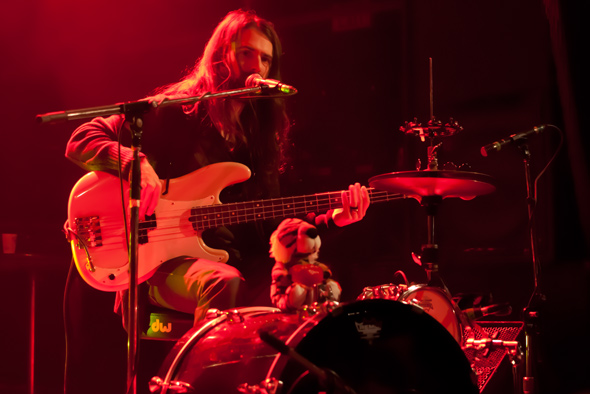 On the inspirational "Bully," guitarist Erik Sullivan took the spotlight for the first time, breaking out a short, melodic and tastefully restrained solo. While during "In Sleep," Lissie instructed the audience to take out their cell phones and videotape the song for what will eventually become an audience-created live video mash up. iPhones and point-and-shoot cameras could be seen absolutely everywhere, so interested parties might want to look for the video on the Internet soon. 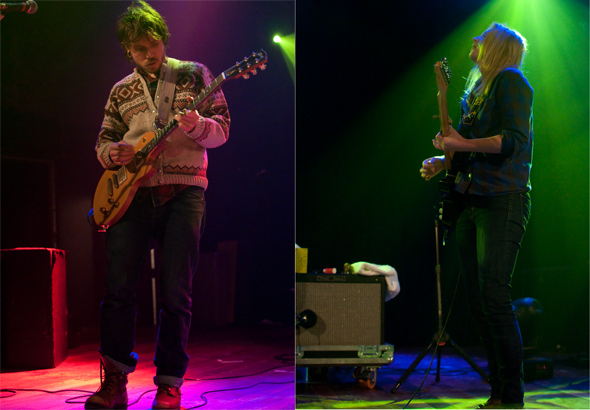 It's no secret that Lissie's covers have become YouTube sensations, so it came as no surprise that fans were calling for Kid Cudi's "Pursuit of Happiness" at several points in the night. During the last song of the show, Lissie took her ritual shot of tequila before capo-ing up for Kid Cudi's genre-bending anthem. Cudi himself has stated how much he loves Lissie's version and it's easy to see why. The moody track is given new life when Lissie and her band play it, extending solos and changing vocal dynamics to make it their very own. Lissie and her boys exited the stage to deafening cheers, but not before assuring us that Toronto will definitely be scheduled for the next tour.