Deadmau5 plays an intimate show at the MTV Temple

Deadmau5 played a short one hour set at the Temple with most of the material for the set being drawn from his newest album, 4 x 4 = 12. Songs like "Raise Your Weapon" and "Sofi Needs a Ladder" were greeted with enthusiasm and elation by the roughly 400-strong audience. Unfortunately, songs from Deadmau5's back catalogue such as "I Remember" and "Strobe" were conspicuously absent -- nor were of any his stellar remixes present either. That being said, Deadmau5 did play a mash up of "Moar Ghosts 'n' Stuff" and "Ghosts 'n' Stuff" in which he ditched his signature mouse head for a more fitting ghost costume -- a somewhat predicable, but nonetheless appreciated gesture. Given the short duration of his set, I expected him to mostly play his new material, however it didn't change the fact that I was disappointed that he didn't play some of my absolute favourite songs.

Issues with song selection aside, the actual experience of seeing Deadmau5 in concert last night was one of the best I've ever had. In the past, I've unfortunately only been able to see Deadmau5 at the Guvernment. And suffice to say, the venue which hosted the first ever Led Zeppelin concert in Toronto is leaps and bounds ahead of the Guvernment in terms being a go to destination to see live music; so much so, that I sincerely hope that CTV really considers renting out the space for even more concerts in the future. I try not to fall victim to nostalgia but it needs to be said: they really don't make concert venues like this anymore. The sound at the Temple was absolutely perfect, with the bass, mids and highs being perfectly balanced and separated. Although I'm sure much of the credit for has to go to Joel's mixing, I'm also pretty sure that I also don't remember his sets ever sounding this good at the Guvernment. Perhaps best of all, my friend and I actually had room to dance, which is something I can't say about the previous times I've seen Deadmau5 in concert.

I left this particular concert with the hope that Deadmau5 had a great time playing the show, and, that in turn, he would consider starting a residency at some small to medium sized club in Toronto. That way, everyone in Toronto would have a chance to see on a scale that makes his music really shine. Of course, this is all just one man's fantasy, but I can dare to dream, right? 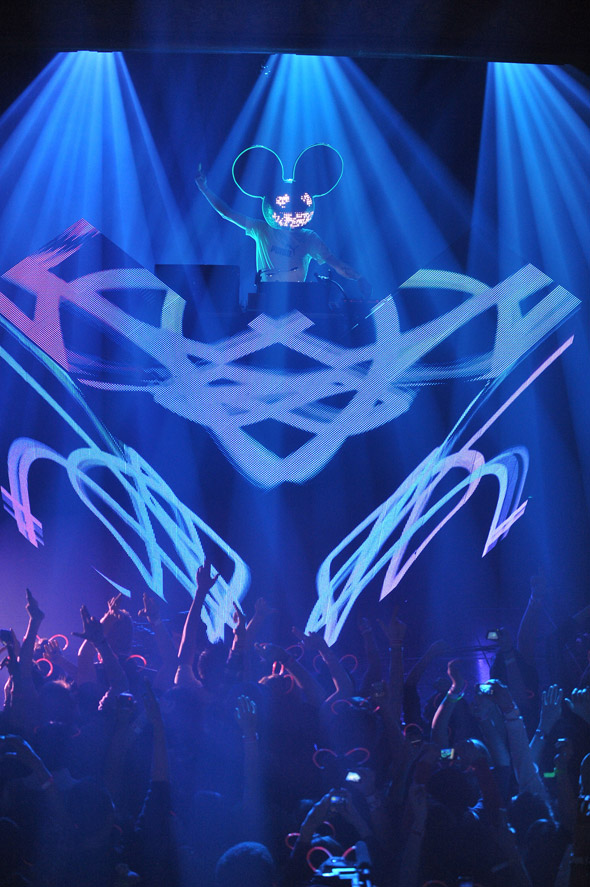