Saidah Baba Talibah shines at What's in the Box

The Drake Hotel hosted the opening night of the Underground's week-long What's in the Box concert series Sunday evening, thus almost cornering the market for those looking for a great getaway after coming down from a Yuletide overdose of family, wine and tryptophan. 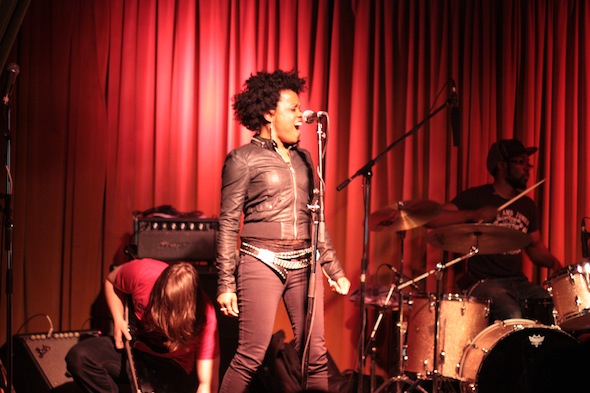 The evening started out with Vaness Alegacy, who fronted a high-energy soul group and sang about break ups, bad boyfriends and other various Girl Power-themed aphorisms.

Following Vaness Alegacy was Saidah Baba Talibah. They say first impressions are the ones that stick, so I will share my first impression of Talibah's band: Out walked a veritable menagerie of instrumentalists - a man with a sousaphone, a woman with a cello, a keyboardist (Vaness Alegacy), drummer, back up singer and, last but not least, an honest-to-god tigress - Saidah Baba Talibah's voice was an absolute phenomenon (think Erykah Badu), her demeanour riveting and her sense of humour was always present. 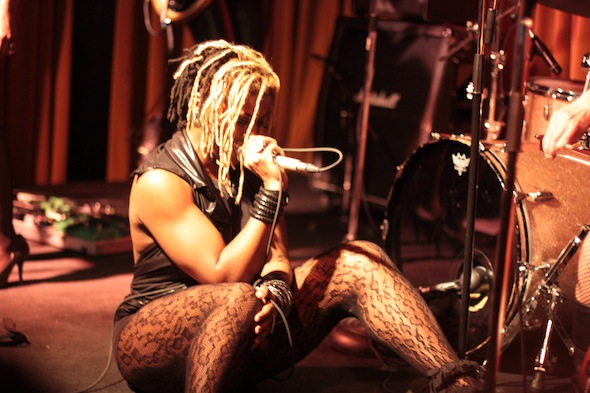 At one point, after lying down to perform a song prostrate, she looked down at the ratty gray mat upon which she had just been writhing and reflected, "I don't know what possessed me to roll around on this carpet!" Neither do I, Saidah, but thanks for the wonderful performance.

After Talibah and company played an encore number entitled "This Place Called Grace" which showcased an electric guitar, cello and sousaphone solo (with a riff from Michael Jackson's "Beat It" worked into it), the band packed up their belongings and the stage was transformed for an upcoming three-hour DJ set featuring Skratch Bastid and DJ CO-OP.

The duo managed to deftly smelt the soul beats from the night's previous sets into a driving melange of hip hop samples. A quality Sunday night dance party naturally ensued. While I can scarcely think of a more appropriate way to blow off post-holiday steam than dancing to vintage Black Sheep samples with a drink held high in the air, the star of the evening was absolutely Saidah Baba Talibah and her band. I will be watching for her name in the future.

What's in the Box continues tonight and runs through December 30th.

Writing and photos by Randi Beers