The cold makes Dundas West feel even quieter than it is. On a night like this most are snuggled up at home with blankets and loved ones enjoying what's left of the Christmas weekend. As for the rest of us? We are the Boxing Day orphans; Many of us fresh off busses, trains, and planes looking for entertainment. Enter The Garrison where Modernboys Moderngirls are headlining the first night of the week-long Boxing Day Music Festival and Food Drive.

We're small in number but the room only feels too big for a brief period. Taylor Paterson begins the night sharing his polyrhythmic sound.He calls little attention to himself as he stands at the back of the stage picking out patters on his electric guitar. He starts off slow and quiet but before I know it he is wailing away creating delightfully interesting melodies. He switches between guitar and drums looping sounds to create some amazing beats.I find out later that most of this was improvised.

John Farah's sound is appealing but requires a bit of work to listen to. Electronic tracks from his Mac set the backbeat to which he plays the keys.He creates his own sense of time, constantly surprising me with variations. We sit and hang on his every note trying to wrap our heads
around what he's sharing with us. 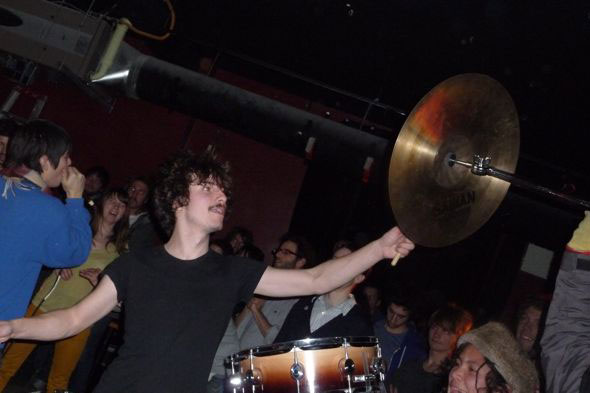 The Mood changes as HUT (pronounced 'Ht') take the show onto the floor. Including members of Spiral Beach and Hooded Fang, HUT fills the room with electricity. While thrashing around they encourage us to get close and dance along. They've magically turned orphans into a family, letting friends grab the mic and relocate drums to wherever we see fit. 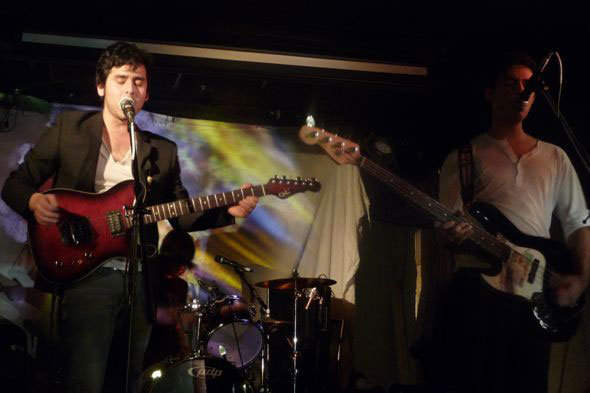 HUT was a perfect precursor to Modernboys Moderngirls who move back to the stage. Their brand of garage-rock-soul-punk fusion is incredibly contagious.Unable to hide their smiles as they jump about, every song played with commitment and intensity. Throughout the set we get a preview of material off the upcoming album, which is set for release in 2011.

'The Last Song the Jukebox Played' was a definite highlight. I would love to see MBMG play a packed venue. Even in a less than full house they fed off our energy and gave it right back two fold. I can only imagine what happens when these guys get let loose in a crowded room.

As I walk home I'm filled with the warmth of the intimate, high-energy evening. Not a bad way to spend the night after the craziness of Boxing Day.

Writing and photos by Raina Hersh