Dressed in a sharp black suit and donning a spotted bow-tie, Mookie Morris looked more the part of a 1940s crooner then a rock and roll front man during Thursday night's sold out show at the Rivoli. That is, of course, until the band started to play. Mookie & The Loyalists may be fresh-faced, but they play with the assurance and energy of seasoned veterans.

Having released their first EP only two weeks ago via Sony Canada, it came as no surprise that the evening's set was heavy on new songs. Drummer Lewis Spring took the reigns and led the group into "All In," the first song of the night, which just so happens to be the first song on the EP as well. Mookie quickly grabbed his microphone, swinging it to and fro and only stopping to add some percussive and energetic hand claps. His jittery dancing and fast feet are a sight to see, and his stage presence and overall energy is infectious. From the very first song it was easy to tell that Mookie was born for the stage. While his time on Canadian Idol clearly made him comfortable at the mic, Mookie is far better suited to be performing in clubs with a rocking group like The Loyalists. 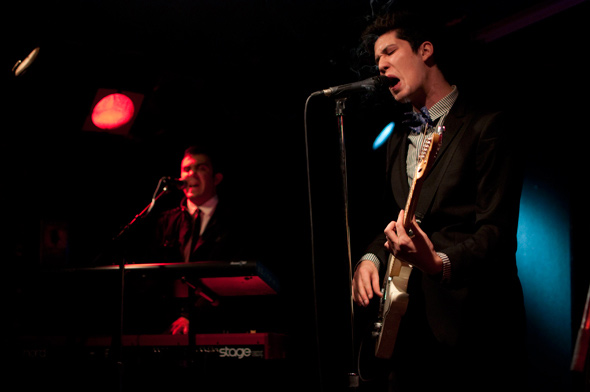 For a new band, Mookie & The Loyalists know how to craft radio-ready rock tunes. I thought the perfect example of this came when the group launched into "The Birds, the Bees and the Blues," a catchy number with expertly-written hooks, but the exact same thought ran through my head when the band switched from electric to acoustic instruments and performed the foot-stomping, "Took Me By Surprise." I soon came to realize that virtually every song the band performed could be a hit single. Their ability to blend modern rock elements with classic rock was also apparent during "Burnin." The band laid down a thick, Red Hot Chili Peppers-like intro jam before the band took the song in a different direction, shifting things towards the playful yet rough style of the British Invasion. Looking truly gracious throughout the entire evening, Mookie took several opportunities to thank everyone for coming out to the show, and even made his way out into the audience to sing a part of "Walk Away" to some lucky female fans. 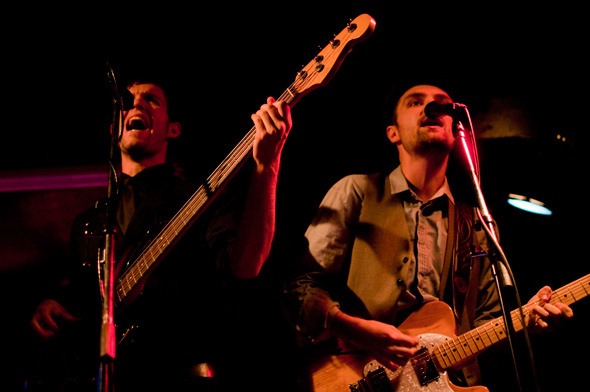 While the band played one long set comprised entirely of original songs, choice covers were saved for the extended encore. The Beatles' "Money" and "We Can Work It Out" had Mookie & The Loyalists playing at their very best. A rousing rendition of "Signed, Sealed, Delivered" was saved for very last, and was all the better for it.

To say that I was blown away by the stage presence of Mookie Morris and the tightness of the Loyalists would be an understatement. This group is the perfect example of a band hungry for success, and I think everyone in the attendance, myself included, would be surprised if they didn't find exactly what they were looking for. 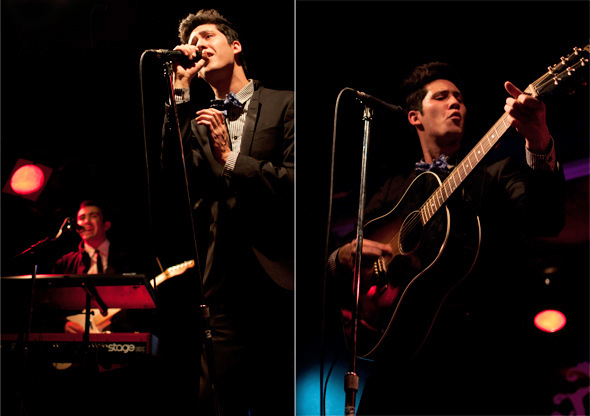 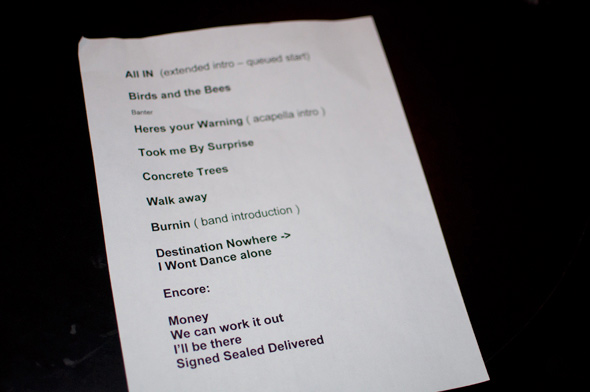