Is Dawes ready to explode?

Seeing Dawes play in a venue as small as the Horseshoe is an experience to savor, because you know it will be last time you ever see them perform anywhere that small again.

Dawes play a very familiar, stripped-down roots rock. In fact, if you closed your eyes and spun their debut album North Hills, you may just think your listening to The Band reincarnated. Live, they're a whole different story. Front and center is lead guitarist and singer Taylor Goldsmith. To sum up Goldsmith all you need to know is the following: his voice sounds like a mix of Rick Danko and Richard Manuel, but his delivery has the energy of Springsteen. Given his stage presence, it comes as no surprise that Dawes is taking North America by storm. 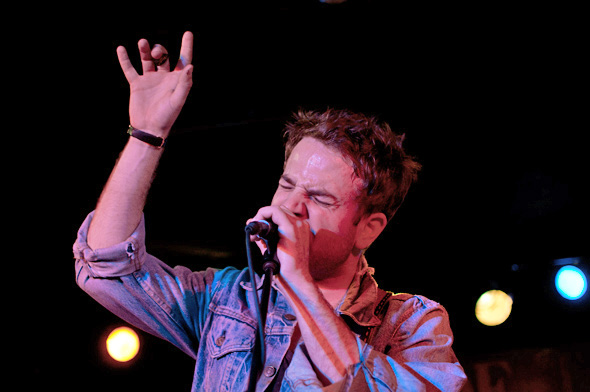 To start the evening, younger brother Griffin Goldsmith walked on stage all by his lonesome and laid down a rocking drum beat. Next, bassist Wylie Gerber emerged and pumped out a playful, surfy California bass line while Alex Casnoff sat down and tickled the keys of his vintage Hammond. Soon after Taylor strummed some bright chord work which brought together the familiar sounds of "My Girl To Me," probably the most upbeat track off North Hills. This was the perfect opener to get the crowd grooving, because as fans know, a large portion of Dawes' music takes patience. Songs such as the gentle "Love Is All I Am," and the harmony-rich "Bedside Manner" were prime examples of this fact. 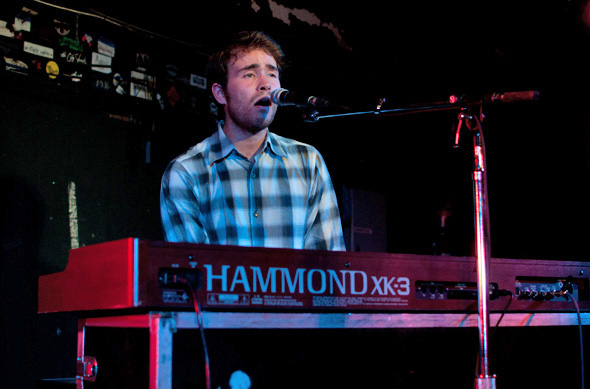 The group took a chance and tested a couple new songs on the crowd, most of which sounded heavily influenced by roots-rockers of the past such as Tom Petty and even Neil Diamond. Their Rolling Stone acclaimed tune "That Western Skyline" sounded much different, and much more impressive Monday night than it does on the record. Taylor took the opportunity to exercise his powerful voice on this one, belting out particular phrases of this soulful, narrative driven tune. 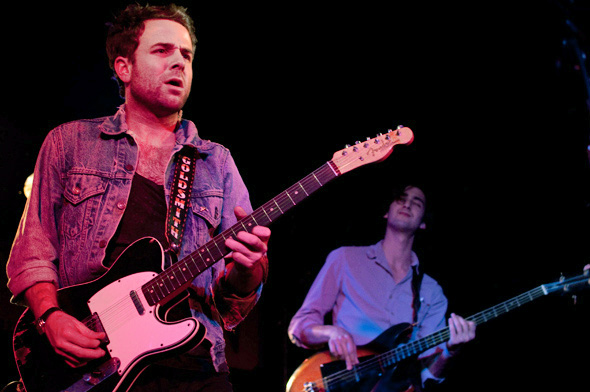 Showing some love for their touring companions, Taylor invited Vetiver's guitarist on stage for a rousing and jammed out rendition of "Peace In The Valley." Starting slow with just vocals and some sparse guitar chords, the song grew into a fully fledged jam vehicle with dueling guitar solos and a drum workout that was probably heard all the way down Queen Street. Dawes closed their set with the anthemic "When My Time Comes". This song has gained certain notoriety, making its way on to several HBO television shows and closing many a concert. Taylor pointed the microphone to the audience and let the fans sing the final chorus, not worrying for a second that they might not know the words. A bold move considering it was their first time back in Toronto in almost a year and a half. 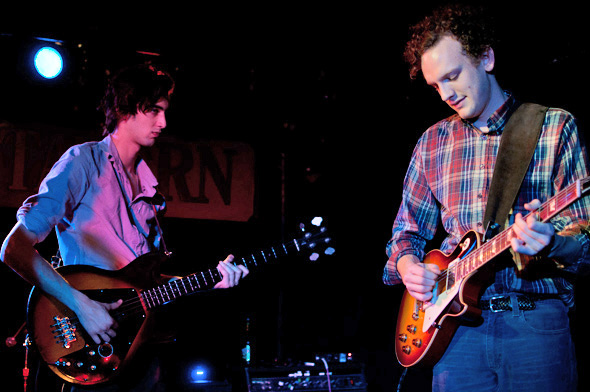 Dawes proceeded to play a quick, one song encore that featured the unreleased "I've Got A Feeling," before shuffling off stage and heading over to run their merchandise booth. It's always humbling to see band members pulling double duty, but with the kind of talent that Dawes has, don't expect too see them selling their own goods for too much longer.