DJ Shadow and the Shadowsphere invade the Phoenix

On a night in which even the weather seemed to conspire to create the perfect atmosphere for a performance by DJ Shadow, the master turntablist brought his much-hyped "Live From The Shadowsphere Tour" to Toronto and left the sold-out crowd at the Phoenix wondering if they were ever going to witness a show like that again. 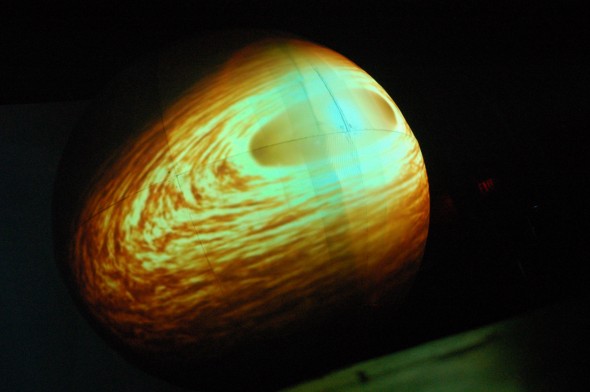 Despite the weather, however, the night began rather less auspiciously. Originally, Pigeon John was supposed to open for Shadow, but, for whatever reason, he couldn't be at the concert and the crowd at the Phoenix was instead treated to a pretty poor performance by a trio whose name I didn't catch. For the most part, the group -- a DJ and two singers -- played Hip-Hop beats which the singers sang over. The effect was uninspiring, but then again, I doubt most of the people present at the Phoenix were there to see these guys. Thankfully, the performance did offer a glimpse of what was to come in the form of a imposing white sphere standing silently at the centre of the stage. 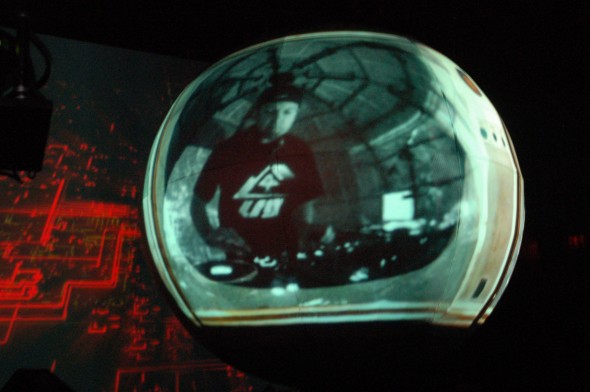 After a thirty minute musical interlude in which the sphere visually declared that it was "waiting for host to connect," Shadow emerged to uproarious applause only to quickly disappear. In a stage show that would make Roger Waters nod in approval, Shadow hid not behind mask like artists such as Daft Punk and Deadmau5 are known to do but behind a spherical wall. With the aid of two projectors the sphere became various circular and non-circular objects including: the Deathstar (obvious choice), Justin Bieber's head blowing up, and a human iris. While I can't say for certain that what Shadow did here was unique, I can say that I hadn't seen anything like it before. 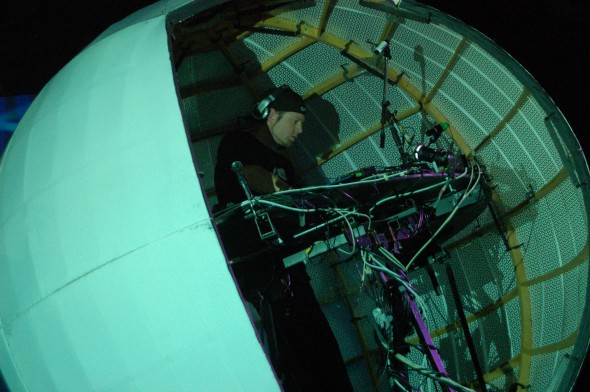 Beyond the interesting stage show, the audience also got the chance to hear Shadow play some unreleased tracks which will be released as a part of his new album that is coming out next year. I'm hesitant to pass judgment on songs I've only heard once, but aside from the first new track he played, most of the material sounded really promising. I for one will definitely be checking out the new album once it lands on store shelves. 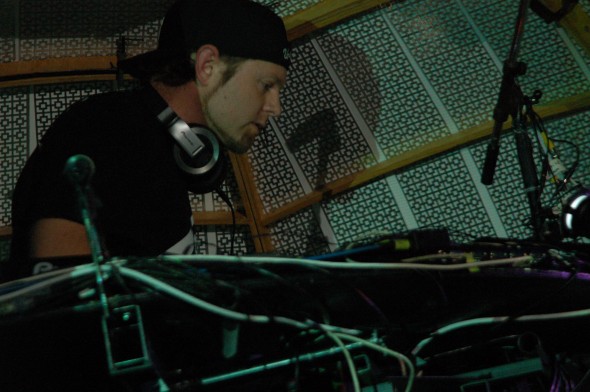 Interestingly, it was also at this point that Shadow decided to directly reveal himself to the audience -- previously, the only glimpses of him the audience was given access to were provided by cameras inside the sphere which streamed their feeds from time-to-time to the front of the sphere. I got the sense that in doing this Shadow was trying to distance himself from his earlier work. Indeed, the night was surprisingly sparse on Shadow's "hits." He did play my personal favourite "Building Steam with a Grain of Salt," but other fan favourites like the "Number Song" and "Organ Donor" were noticeably absent -- granted, some of these are songs are almost 14 years old and I can obviously understand why, given that time span, Shadow would choose to forgo playing them. 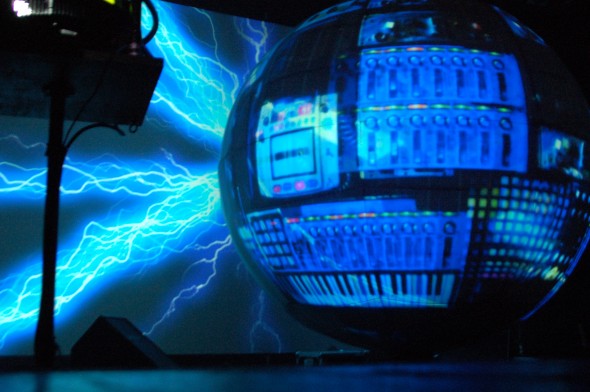 And while I was certainly wowed by the Shadowsphere, it was the moments in which I got to actually see Shadow spin that I most enjoyed the show. It's not without reason that so many deejays look up to him, and seeing the frenzy of energy and activity that was his set, I quickly came to appreciate his music even more. At his best, as he shredded his turntables, Shadow reminded me why turntablism is an art. 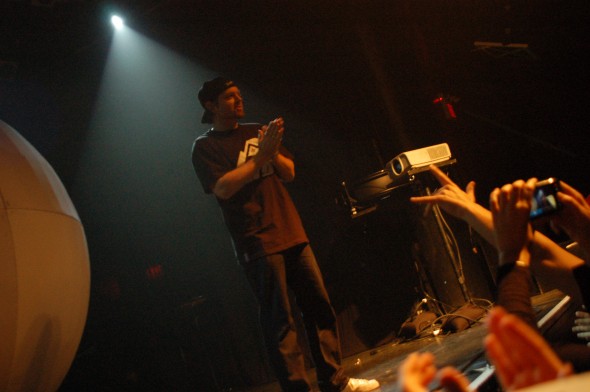