Howard Jones takes the Mod Club back to the 80s

Howard Jones, the UK's pioneering synthpop songsmith, treated fans to a night of nostalgia at The Mod Club last night.

"Thank you for sticking with me since 1983," said Jones, well into his set of familiar pop tunes that have rocked the airwaves since the days of ColecoVision. Indeed, it's been 15 years since he had played in Toronto. 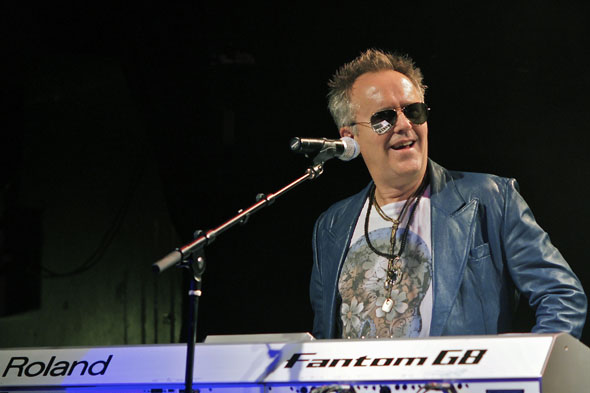 I remember seeing him as a kid at the Kingswood Theatre at Canada's Wonderland in the late '80s. I was astounded by his ability to get the entire crowd on their feet and singing along to practically every song -- an ability he's retained after all these years.

It helps that he's been able to turn so many hummable melodies into pure pop hits over the years, even if most of them came over 20 years ago.

Jones brought his three-person electric band, which featured Robbie Bronnimann "on the technology" (live sequencing/sampling) and Jonathan Atkinson on electronic drums. Together they brought alive many of the songs from Jones' first two albums, Human's Lib and Dream Into Action. 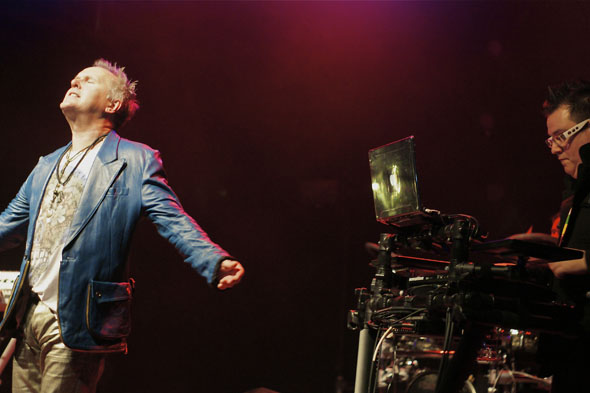 Spending most of the show behind his Roland Fantom G8, I began to wonder if he was rooted in his pointy boots. I almost wish he'd break out one of those strap-on synth guitars and prance around the stage like in his early videos. Wearing a shiny blue suit jacket and silver pants, I didn't know if he had outgrown all the stage antics. 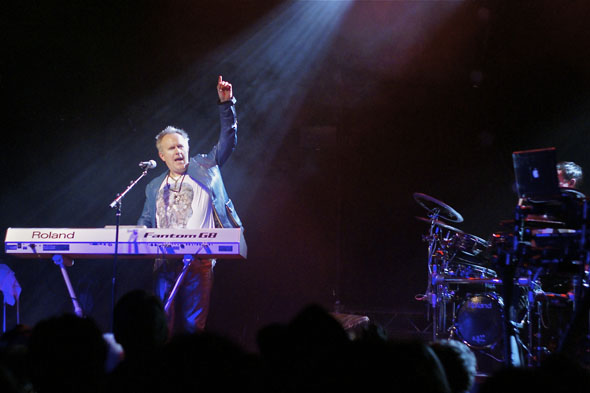 Then came No One Is To Blame, which got a huge sing-along. Everlasting Love, a hit from the early '90s, had him improvising a line, "Don't wait too long," with the crowd not missing a beat, singing along as if the new line was always there. To which Jones responded with, "If I just make up a new song now, would you sing along?" 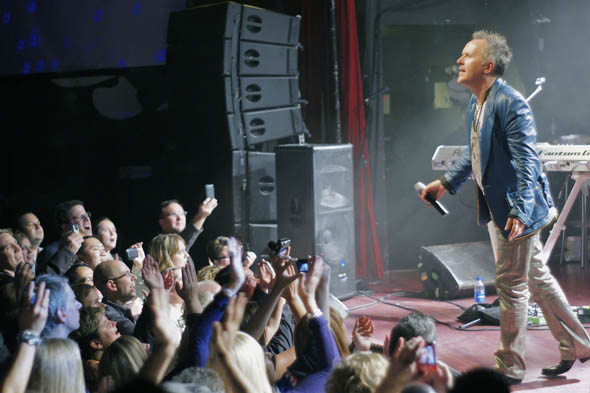 We only got one new song (other than New Song, saved for the encore) from his Revolution of the Heart album. Yes, he's still putting out decent music, though the biggest reactions of the night came from songs like What Is Love and Like To Get to Know You Well.

The latter song was preceded with a little story about how the international version -- which was translated into French, German and Japanese -- was almost released as a single in Japan.

"I got a frantic call from someone in Japan who said, 'Cannot release! Ruin career!'" Something was lost in translation, as his recorded translation ended up as "I'd like to force myself upon you."

So we got to hear a few verses of the new translation, with Jones adding "in the nicest way possible," so as not to appear overly sexual. By the end of the 90-minute set, it was as if he had gotten to know us well, without forcing himself upon us (with his new material). The old tunes still do it for me.