Polaris nominee Caribou (aka Dan Snaith) conducted a full band to a sold out house at the Phoenix on Friday night. Already winning the Polaris Prize for Andorra (released in 2007), Snaith is once again nominated for the Canadian music prize in 2010, this time for his newest long-playing record Swim.

Caribou was not the only Canadian band playing at the all ages show, and opening act the Russian Futurists started the night off with a bang. With their newest album The Weight's on the Wheels due for release this November, the Toronto group kicked out some of their older jams, including "Let's Get Ready to Crumble" and "Paul Simon," as well as their newest single "Hoeing Weeds Sowing Seeds." 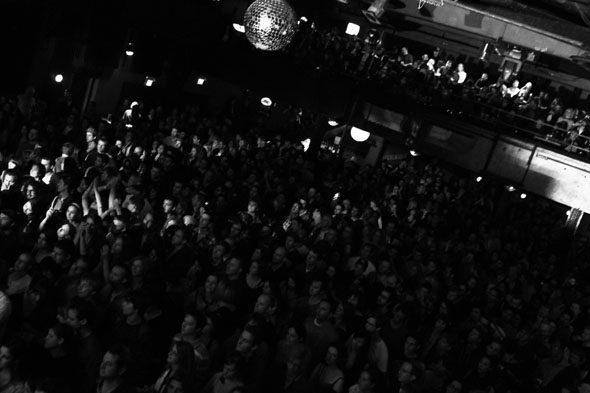 Lead singer and songwriter Matthew Adam Hart stood stoically at the side of the stage as his voice carried through the venue and fell upon excited ears. Flanked by a guitarist, drummer and female bassist, the Russian Futurists energetically perform with a Talking Heads-esque style and charisma. They definitely set the bar high for the evening, ending their set with "Horseshoe Fortune" before gracefully retiring, clearing the stage for the headlining act, Caribou.

Sound technicians tweaked a sea of pedals, pads, and laptops on stage as Snaith and his army of musicians marinated in the wings, preparing themselves for their musical journey. One by one, Dan Snaith and his Caribou congregation made their way onto the stage, sequentially settling in front of each instrument. 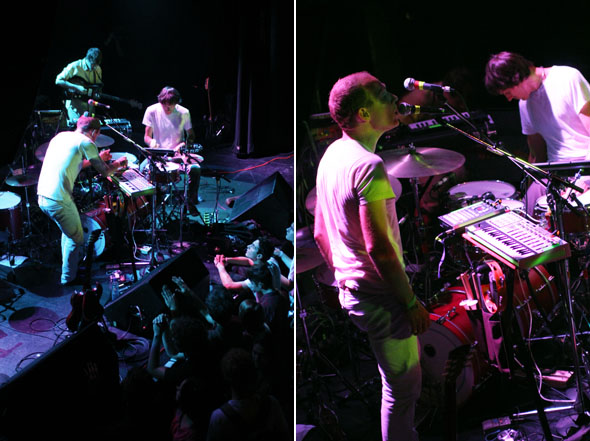 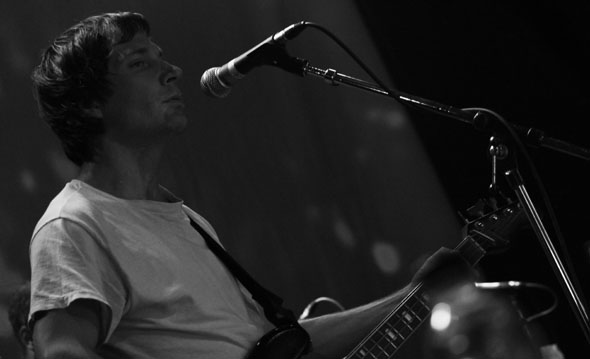 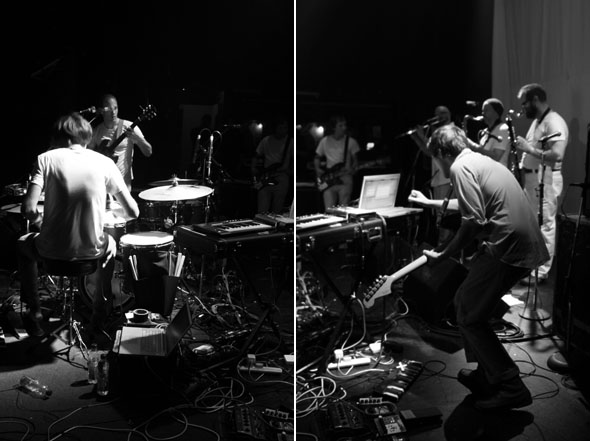 Electricity ran through the crowd as it grew in size and energy. The anticipation of this Caribou performance in Toronto has been brewing on the minds of music fans all month, and it finally materialized on this September evening. 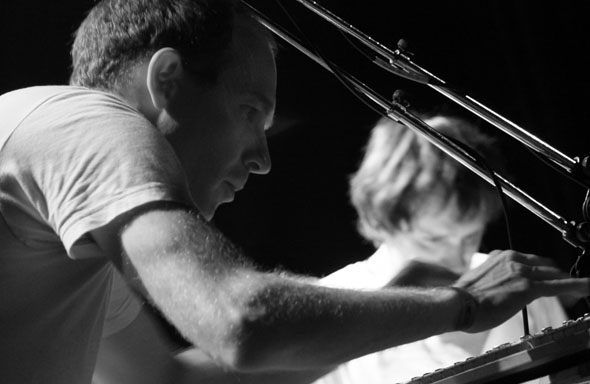 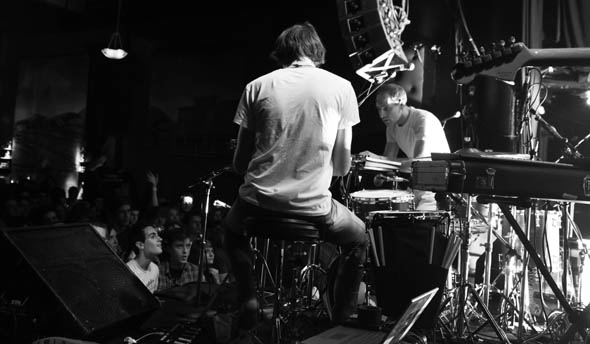 Without a minute to spare, Snaith's brainchild erupted into a frenzy of fast tempo drum rhythms and sporadic tonal accents emitted from stacks of keyboards and electric drum machines. Snaith's somber and gentle voice teamed beautifully with the warm electronic sounds and fleeting horns. Notes from flutes and clarinets peppered the set with rich, bright melodies that accentuated the bass of the heavy drum section. 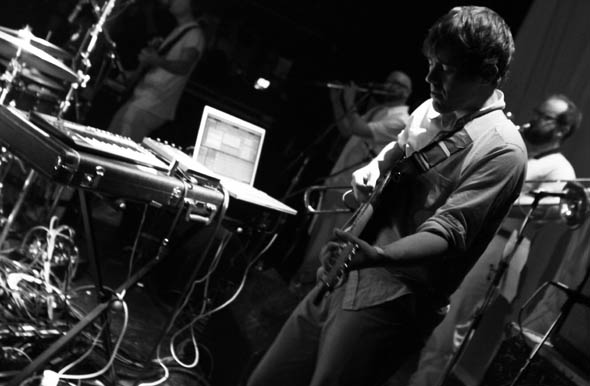 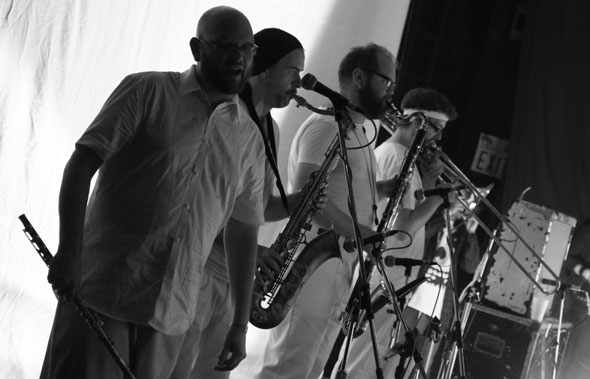 Snaith, a true multi-instrumentalist, went back and forth from singing, playing guitar, percussion, and playing keys. Special guest and long time collaborator Jeremy Greenspan of the Junior Boys came on to sing a tune and switched up the pace. 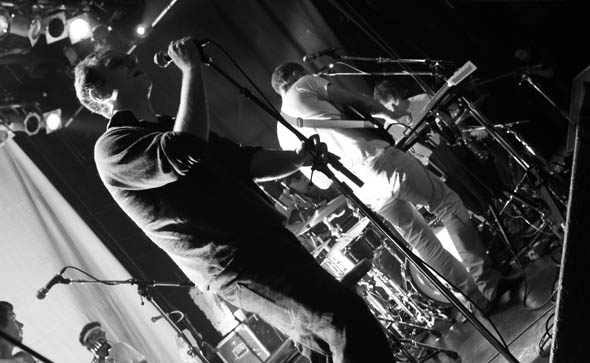 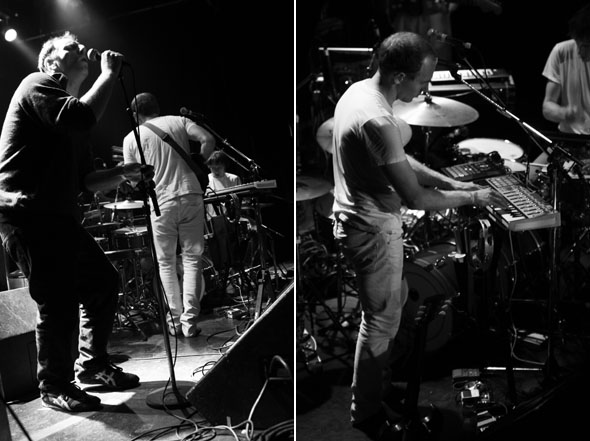 As retina-shattering strobe lights went off and hexagon rainbows swirled behind the band, the set crescendoed into a frenzy of bone rattling rhythms. The ocean of fans danced as one in the sold out venue and Caribou crushed out final notes to the insatiable crowd. Clad in all white, the band left the stage momentarily only to return minutes later, rejuvenated for an encore. "Every Time She Turns Round It's Her Birthday" punctuated the night and left the audience musically quenched and in awe of the Canadian group. It was truly a show to remember. 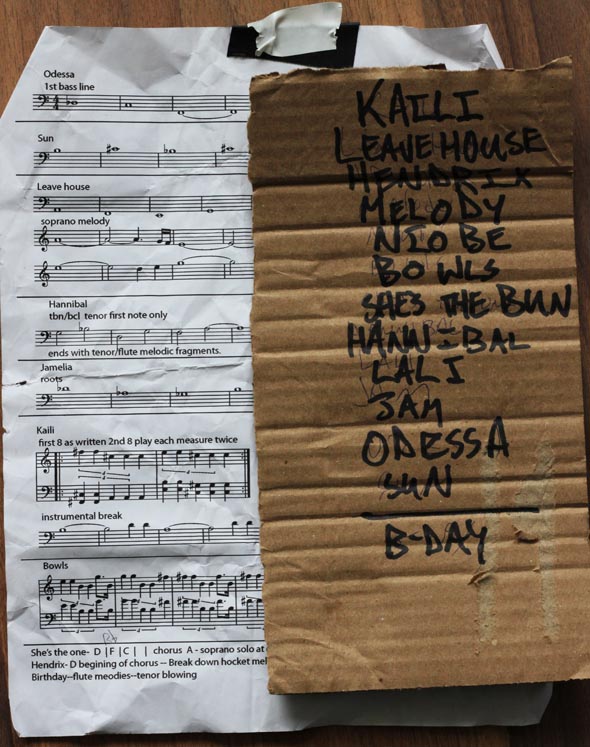 Writing by Alex Kamino. Photos and Video by Matthew McAndrew