Apparently weekdays are when punks come out to play. At least they do when Guttermouth come to town.

As I sauntered up the blood and vomit soaked steps of Sneaky Dee's Tuesday night, I could hear the muffled sounds of metal on metal as The Swabs started their set. Virtuosic rhythms pumped out of buzzing amps while incomprehensible screams penetrated the eardrums of the by-standers.

It was the racing stripes on lead singer Chris Rex's Gibson SG that unquestionably made his guitar play faster, as the band cranked out a dozen songs in 30 minutes. Gypsy Swab, bass, and Tom Ireland, drums, robotically churned out classic punk cadences while Rex sloppily scratched out four chord progressions to a less than enigmatic crowd. 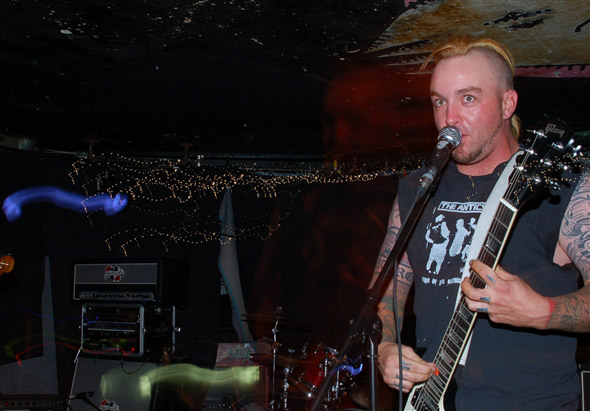 Their lethargic charisma and lackadaisical energy made for a tenaciously gritty set from the Toronto trio. After a couple of guest appearances, The Swabs graciously retired to the somber atmosphere of the Sneaky Dee's bar.

Donned with tattoos and Mohawks, the disquieted crowd ambled outside for fresh air (cigarettes). With a final exhalation of smoke, I found myself, once again, ascending the steps, this time plunging into a putrid puddle of pop punk called The Real Deal. As they shamelessly self-promoted themselves to the few onlookers near the stage, the rest of the audience seemingly recoiled in horror. 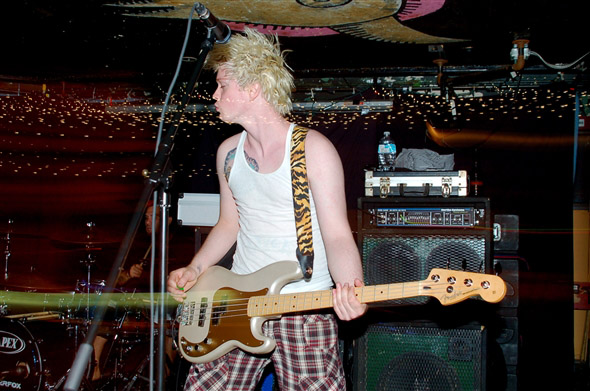 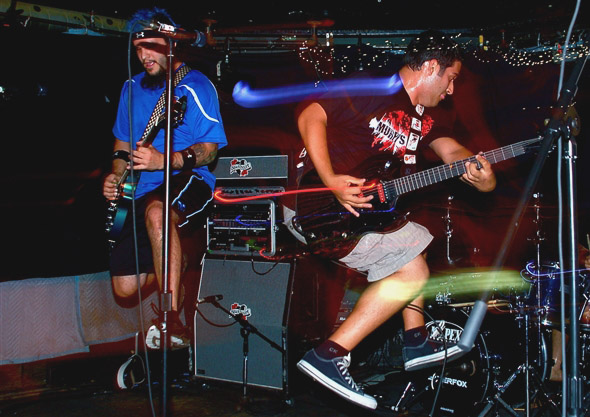 The unbearable performance petered out to the point where the band begged embarrassingly for the crowd to approach the stage. To the band's content the spectators sarcastically inched forward, and The Real Deal could finally finish making way for the headliners, who had been marinating out of sight awaiting their turn to take the stage.

As people replenished themselves with fresh beers (and fresh ears), Guttermouth hit the stage with unrestrained energy. Their instantly charismatic dialogue captivated the eager fans and exploded into delightful guitar melodies and clever lyrics. 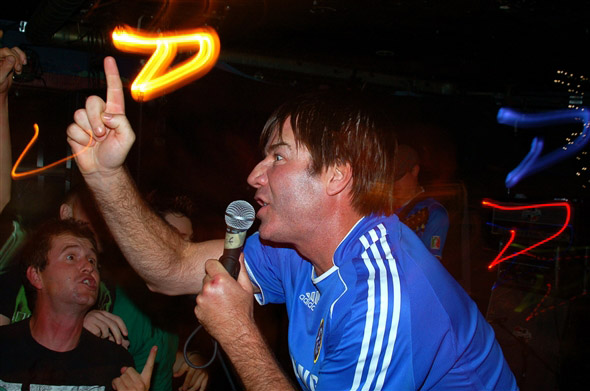 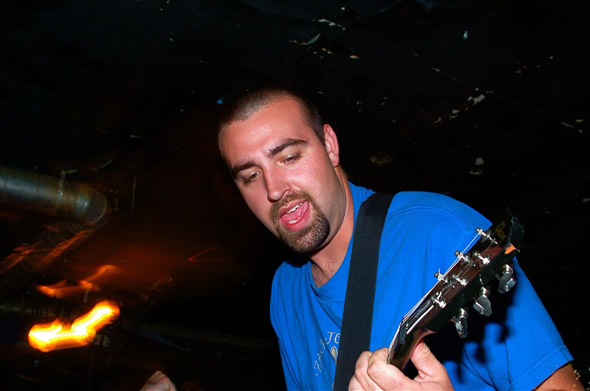 Sheer mayhem broke loose in the crowd, as if they were saving all their energy for this moment in time. As sweaty pierced skin slammed into studded jean jackets, lead singer Mark Adkins whirled around stage like a tornado. 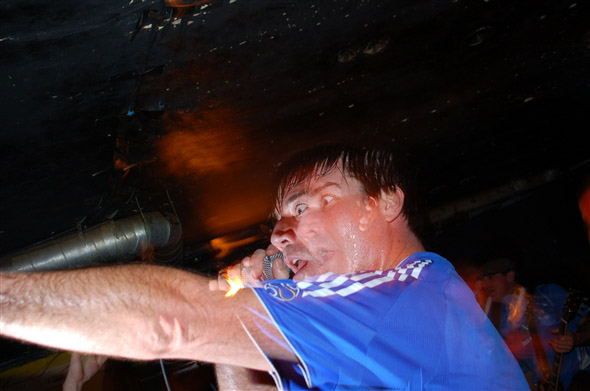 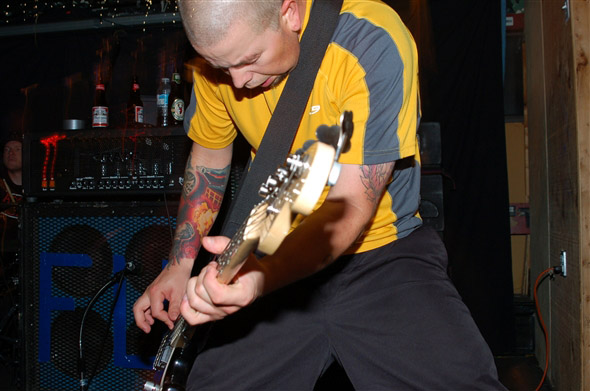 Ankle deep in beer, I stood in front of a human circus of euphoric gargoyles, chanting every word with Adkins. Guttermouth slashed out every mind-blowing note, showing a complete disregard for human safety. 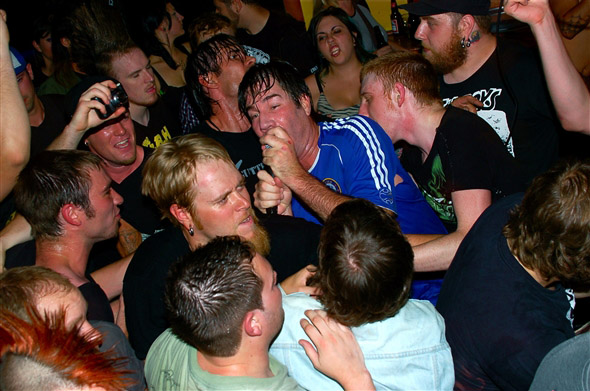 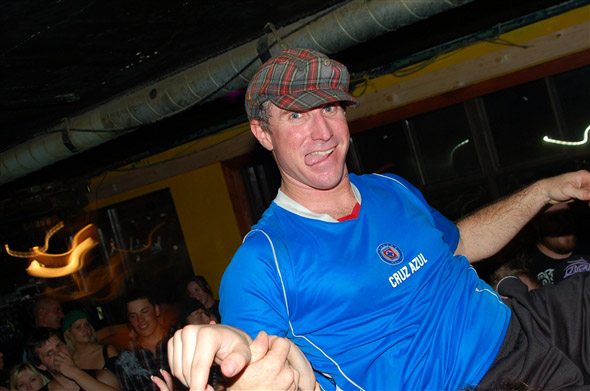 Limbs and bottles soared through the dank air of the dimly lit venue, while the California natives crushed out classics like "I'm Destroying the World", "She's Got the Look", "Lipstick" and "Asshole". 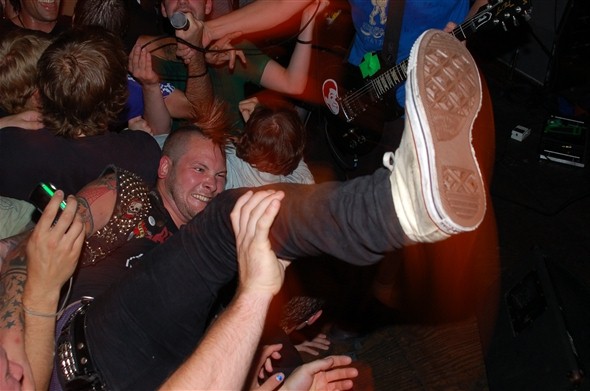 The crowd, jubilantly suffering from hearing loss, clawed at the six members onstage until finally engulfing them into the depths of the fanatical nucleus. The smell of vintage leather, smoke and booze was the perfume of the night, and the delicious flavours of Guttermouth never tasted so sweet.