The Dead Weather hail rock and roll at the Sound Academy

While my friend visiting from Detroit sleeps, I write. And eat leftover pizza. We biked through hell and urban smog to Toronto's most irritating venue (well, okay, The Phoenix kind of sucks too) for theDead Weather, a show not to be missed.

After some brief hilarity regarding guest lists and media access, we made it in to see the last half of the mighty Lullabye Arkestra, hometown heroes and all around great people. Unfortunately due to our being three minutes late for the photo pit access I wasn't allowed to take any photos of thee ark. But they killed it! It was amazing to see them play in such a large venue, to such a large crowd.

And there were actually people dancing to their set (other than me), which warmed my icy heart. I may have been the only one singing along to their final tune, "Ass Worship" off Amp Grave (other than the fellow Sonic Boomers I saw in the crowd), but the wary and confused glances from the people close by didn't stop me from showing my love. 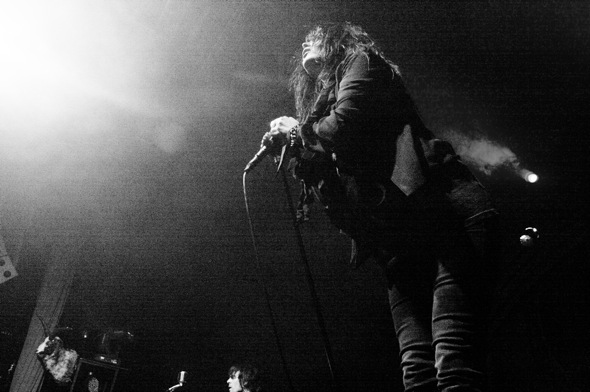 Now, maybe it's just because my passion for photography was bred from my passion for live music, but I can't possibly fathom being that close to the action and not dancing. I'd be dancing if I was two feet further back in the crowd. So to all the big dudes with their multiple cameras, I do say sorry for harshing your mellow. 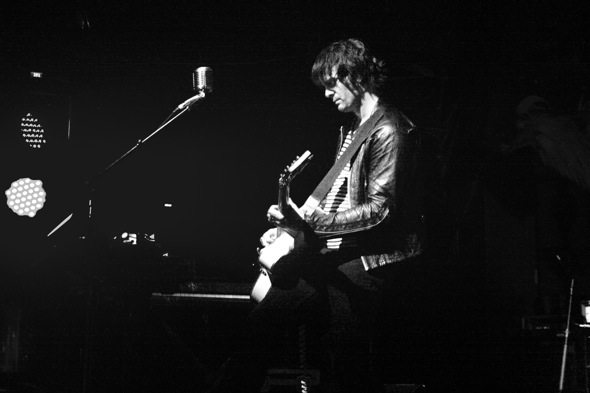 I usually gauge if a show is fun by whether or not I put my camera down and dance my ass off. And even though I only had three songs to get those-oh-so-precious shots, I spent at least half the time singing along and looking like an epileptic seizure in progress. When they opened with 60 Feet Tall, the effect was such that (if you were really into it) you did feel that tall. 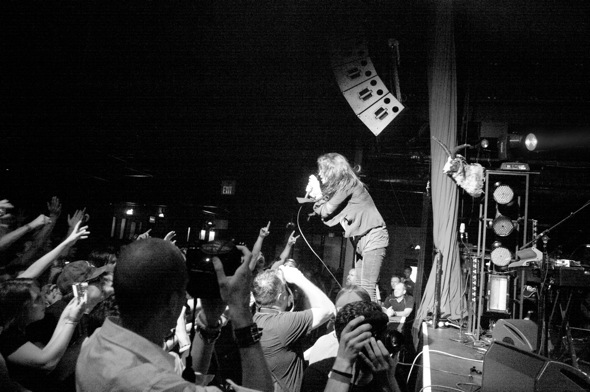 The Dead Weather sound more and more like an arena band every time I see them. In a good way, the best way possible in fact. It's like Jack White realized that there was no going back from the sound that he was able to perfect with the White Stripes, that of a small band sounding huge beyond reason. So the Dead Weather was fashioned around the mentality of making a huge band impossibly creative and booming. 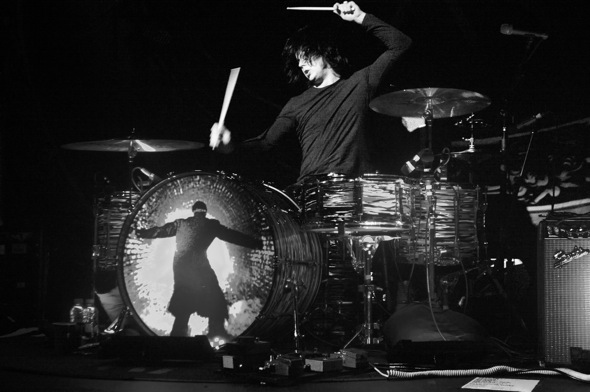 There's no question that they've gotten a lot weirder in the year since they played Toronto last. Just take a look at Jack Lawrence's (formerly of the Greenhornes/ Raconteurs) facial hair to see what I mean.

Sea of Cowards, their new album is, by and large a mixture of some deep voodoo and brutal emotions. The album translates perfectly live, without a key missing. All the twangy guitar stabs and heavy driving rhythm sound just as velvety in a packed venue as they do on vinyl. 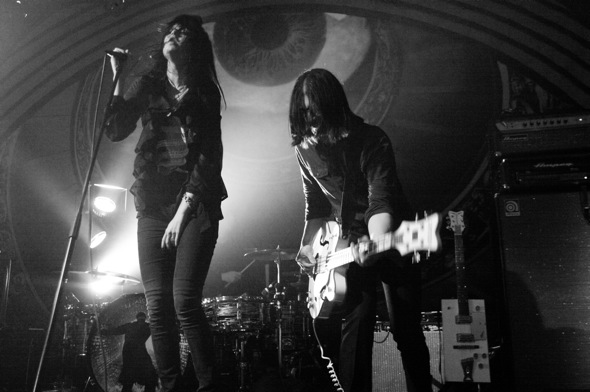 Allison Mossheart (of the Kills) has the swagger of a caged wildcat, and the seemingly unending energy. Her vocals drip of sex, cigarettes and a sultry vindictiveness usually reserved for redheads. When she duets with Jack on Will There Be Enough Water, it almost seems like a voyeuristic violation that there are hundreds of people watching the intimate performance. They capture the essence of the lyrics and make them seem personal to every person watching in. 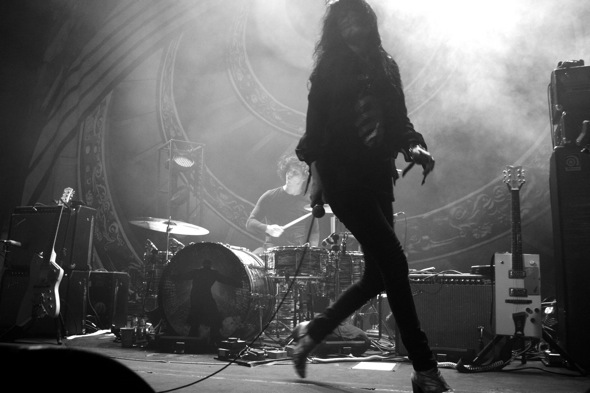 Hustle and Cuss, Gasoline, New Pony, and No Hassle Night were my favorites last night. The incomparable Cut Like a Buffalo incited a hilarious pit deep within the crowd, and had a kid who couldn't have been more than 10-years-old frantically singing along while sitting on his fathers shoulders. 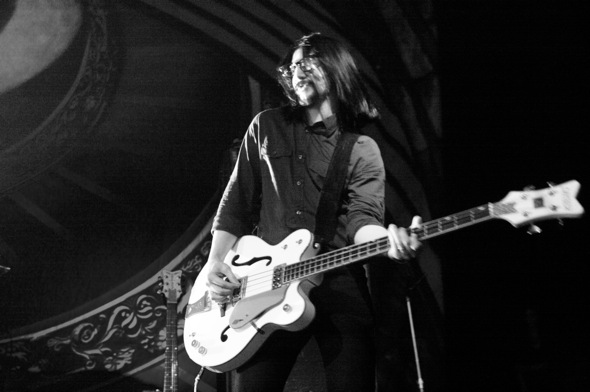 Some people, reviewers usually, invite comparisons between Jack's drumming and Meg White's, but I think that's pretty useless. Jack was a drummer before he was ever in the White Stripes, and he's as apt as he ever was. He looks demonic at times, and hes got a flair for it. I think people who get caught up on the fact that he's mainly the drummer for the band are downplaying the excellence of Dean Fertita (of Queens of the Stone Age). The man can do no wrong. His solos are as heavy as Black Sabbath and as volatile as a WMD. 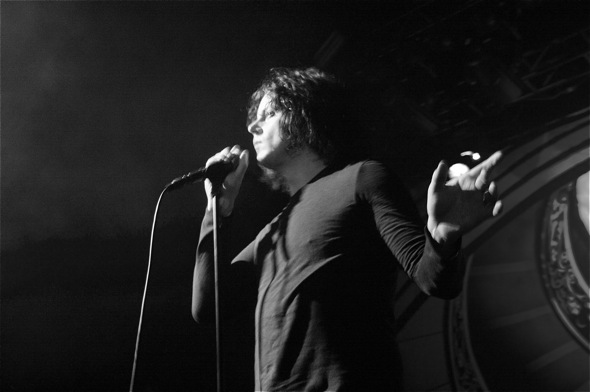 In fact, I read a review of this show about 15 minutes ago that all but said that Jack is the most important person in the band. That's utter shit. If any member was replaced with someone else, the band would be completely changed. The songs would lose essential vitamins and nutrients. I think the Dead Weather is one of the top 5 tightest all-star rock and roll bands. They're a fleshed out black magic band, and if you get caught up in the fact that a White Stripe is in the band, you're missing out on so very much. 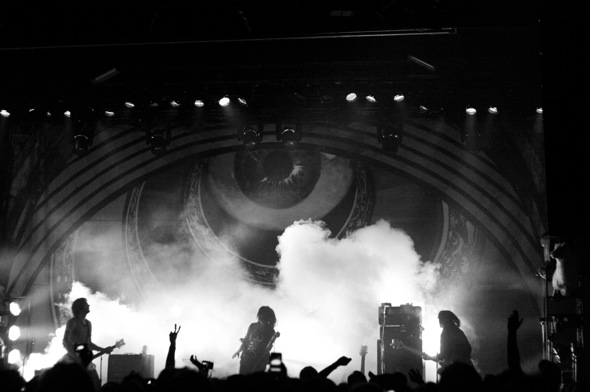 In any case, last night was in and of itself a damn fine show. The band came out for three encore songs: Blue Blood Blues, Jawbreaker and Treat Me Like Your Mother. With the all-seeing eye perched above them the entire time, they made Toronto swoon and fawn. Go out and buy a copy of Sea of Cowards from your local record store and thank me later.

For more photos from last night, check out my site here.