Robyn Hitchcock's music was first introduced to me by my artist brother Yehudah many years ago. As was the music of another British singer-songwriter, Nick Drake.

About five songs into Robyn Hitchcock's set Friday night at The Drake, I turn to my brother and tell him, "There's something about his guitar strumming or chord progression that reminds me of Nick Drake." 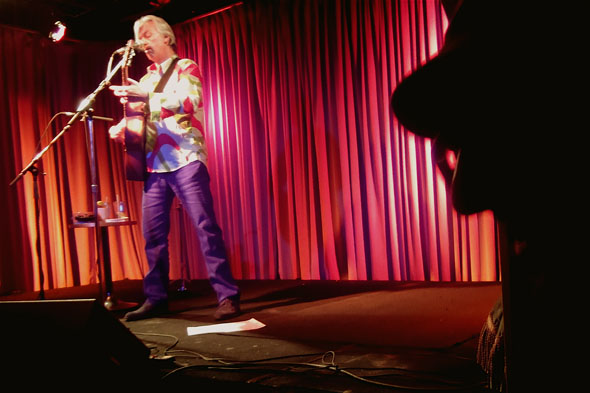 We're enjoying the first night of two back-to-back sold out concerts. But they're no ordinary concerts.

Hitchcock's live show feels like more of a friendly gathering among like-minded friends, perfect for the intimate setting of The Drake Underground. He describes his own songs as "about the shock of existence or the celebration of everyday life."

In between whimsical songs about creatures such as Red Locust Frenzy, Globe of Frogs and Bass Hitchcock goes on many tangents, his spoken word as entertaining as his songs accompanied by his lone guitar. And it's this guitar that's as captivating as his songs too, just like Nick Drake. 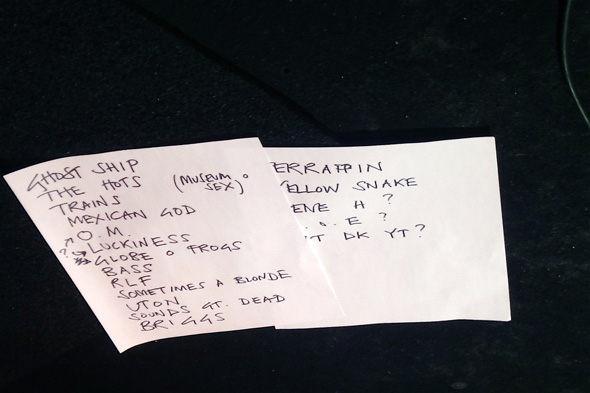 Stopping to tune his guitar between songs, he says, "How funny it is that? After 40 years of playing guitar, I only just learned that if you play an out of tune string hard enough, it becomes in tune again." Then he makes a quip about some societies becoming just like that.

Which leads to a ramble about Magnum Force film and the interchange between Lieutenant Neil Briggs and Inspector "Dirty" Harry Callaghan. Which is the impetus behind his next song, A Man's Got to Know His Limitations, Briggs. Look out for a possible stage musical adaptation of this film, produced by Hitchcock himself.

After a standing ovation, he returns for an encore in a fresh floral shirt and announces, "Here's a couple of songs from my record collection." Among them, 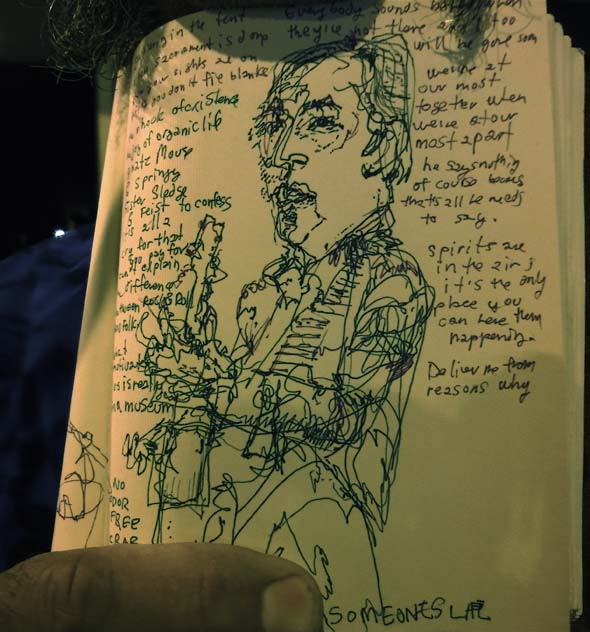 River Man by Nick Drake. This strikes me as particularly fitting. Not just because we're at The Drake, but because I'm with my brother, who immortalizes the evening in his sketchpad by drawing a likeness of Hitchcock's performance, complete with some of the astute words spoken during the magical evening.