French Horn Rebellion played at Wrongbar on Saturday night to a small but appreciative crowd. Which is a shame, because they're a highly entertaining electro-pop duo that deserve a larger audience.

French Horn Rebellion features David Perlick-Molinari (co-producer and engineer of fellow Brooklynites MGMT's original Time to Pretend EP) on keyboards and vocals and his younger brother Robert on French horn, keyboards and vocals. How often do you get to experience a live basement dance party with French horn?

When I get to Wrongbar at 10 p.m., the announced start time, I'm among a dozen people in the place, not counting bar staff, deejay and security. I begin to wonder if I've got the date right. These guys sell out larger venues in Europe. I really enjoyed the MGMT show when they came to The Mod Club two years ago, and I'm half-expecting a hyped show. 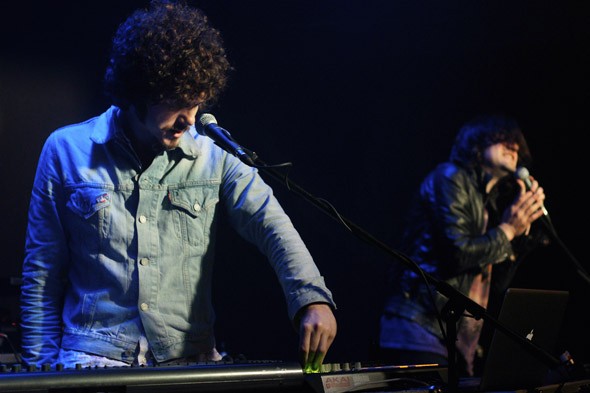 I recognize the younger of the duo at the bar and we chat about the dearth of the night's audience and the merits of the French horn.

I actually played the under-appreciated instrument for six years and took numerous private lessons before giving it up after high school. Robert continued his studies into college, eventually becoming principal horn chair of the prestigious Northwestern University Symphony Orchestra. But then decided to scrap it and join his big bro in the music biz. 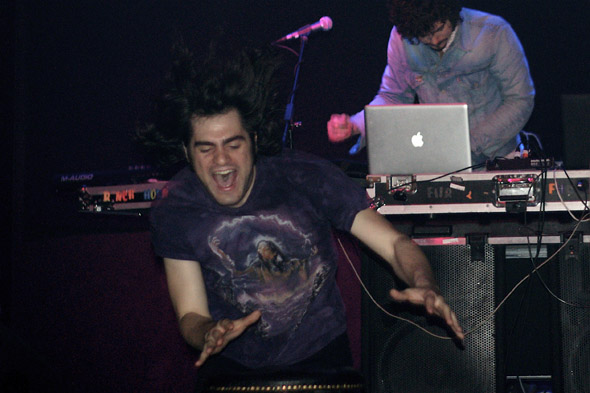 After delaying about an hour, hoping Wrongbar gets more populated on a rainy Saturday night, Robert downs his last Bud Light along with a glassful of Tequila and, shortly after 11:30, they finally take the stage. The lights dim and the tiny crowd perks up. Synth chords begin a crescendo, matched by disco lights. The party has begun!

It doesn't take long before Robert jumps from behind his keyboard and onto a bar stool up front, engaging the few fans gathered near the stage. 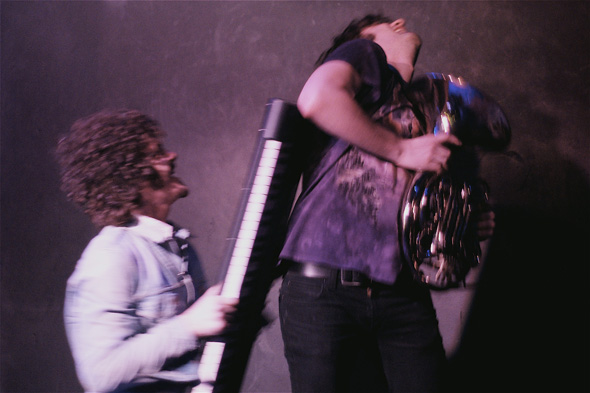 A song or two into the set, Robert brings out his horn and moments later I witness a full-on keyboard vs French horn battle royale. 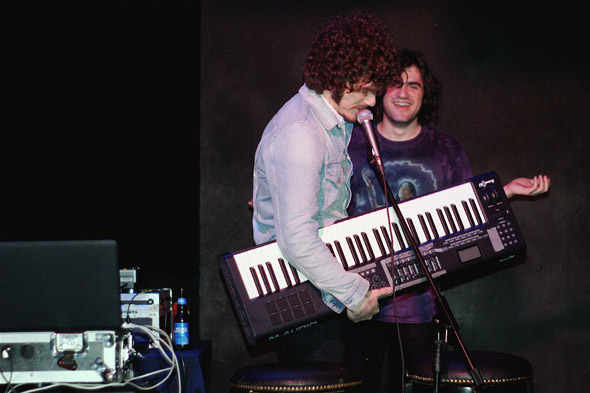 And as if that weren't unexpected enough for an electronic show, I'm astonished to see David pick up his keyboard mid-song, and announce he's had enough.

"I'm going back to Wisconsin!" he proclaims, before walking off the stage in front of his brother, who doesn't miss a beat and carries on, singing and playing on his own on stage 'til the end of the song. 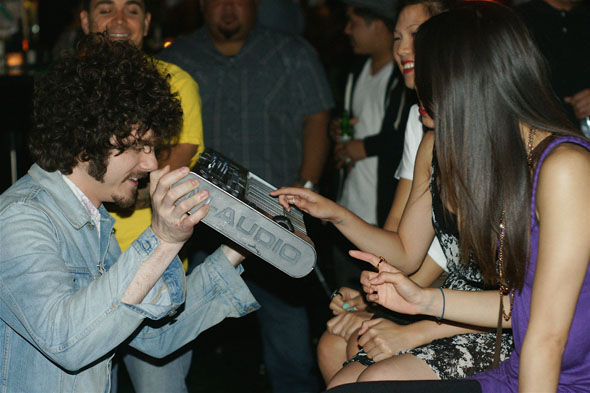 But before you can say MGMT, David's back from his trip -- which was actually just to the men's room -- he's entertaining a group of fans with his M-AUDIO keyboard en route to the stage again. 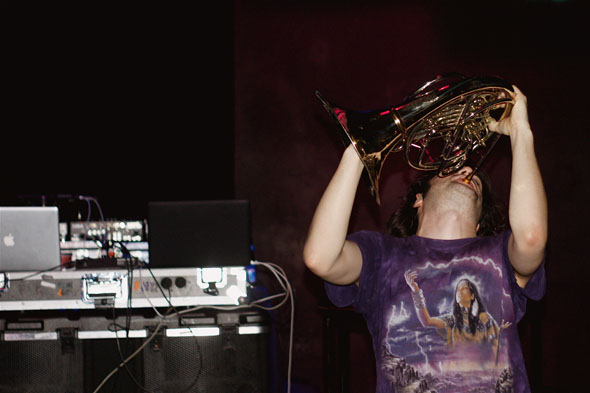 While they don't use it in every song, it's quite a thrill to hear the warm tones of the French horn blasted into the mix of catchy, electronic dance music. 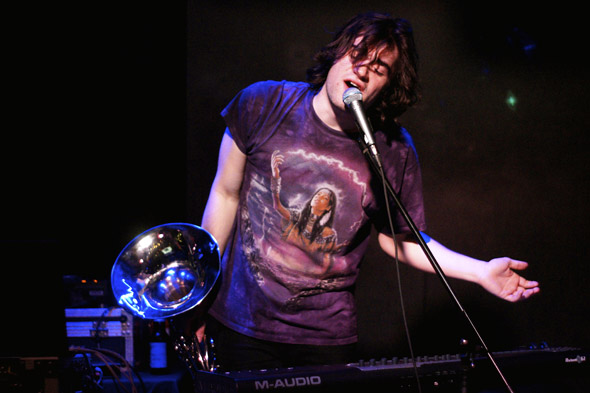 While French Horn Rebellion didn't exactly get the sparse crowd dancing at Wrongbar, they sure made for a memorable night for those of us in attendance.

If you missed the show and still want to see what these guys are about, check out their catchy song and video for Up All Night and Broken Heart. Which is actually a two-part music video. 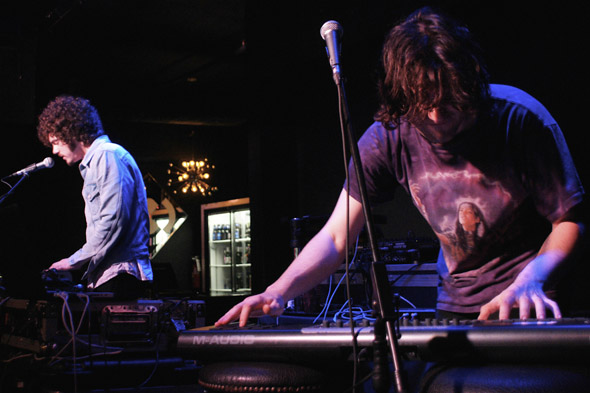 They've got a new psychedelic video out for Beaches & Friends that'll have you tripped out and toe-tapping. Which is about all you can do now that you missed their live performance in Toronto.