Mayer Hawthorne & the County headlined a sweaty, sold-out show at Wrongbar on Saturday night, bringing the soulful sounds of Motown north of the border for a spectacular performance with Nikki Jean and DJ House Shoes. His debut album was glowingly received in late 2009, so it came as no surprise when his second Toronto appearance sold out weeks in advance.

I arrived shortly after 8:30 p.m., just in time to catch the tail end of Jean's set. Formerly a member of Nouveau Riche, Nikki Jean's solo career picked up when she helped Lupe Fiasco out with "Hip Hop Saved My Life" on his 2007 LP The Cool. Soon afterwards she landed a spot on the massively successful Glow in the Dark tour alongside Kanye, N.E.R.D. and Lupe. 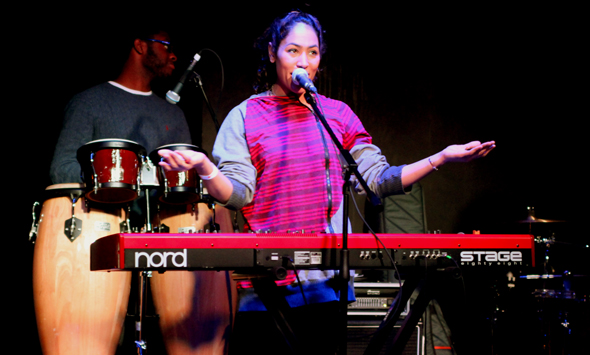 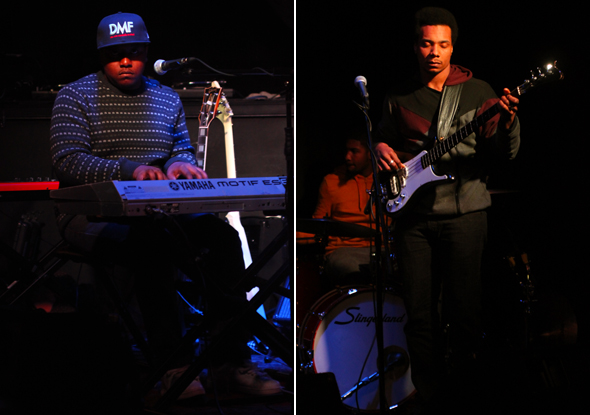 Her performance tonight was brief and earnest, showcasing her talents as a songwriter, pianist and singer. Given that she's already a bona fide YouTube sensation I expect that we'll be hearing lots more from Nikki Jean in 2010 as she prepares to release her solo debut and continues to make friends in all of the right places.

I had absolutely no idea that DJ House Shoes would be on the ones and twos between sets, so it came as a pleasant surprise to all the like-minded hip-hop-heads in the audience when he started tearing it up after Nikki Jean. His set featured samples of everything from The White Stripes and Nirvana to J Dilla and Madlib, mixed together flawlessly as he prepared to celebrate his 35th birthday at midnight.

He gave the crowd a good taste of what was to come at his DJ set at the Drake later that night. His perspective on spinning is one without boundaries: "I don't give a fuck - I will go from the Eurythmics to Mos Def!" 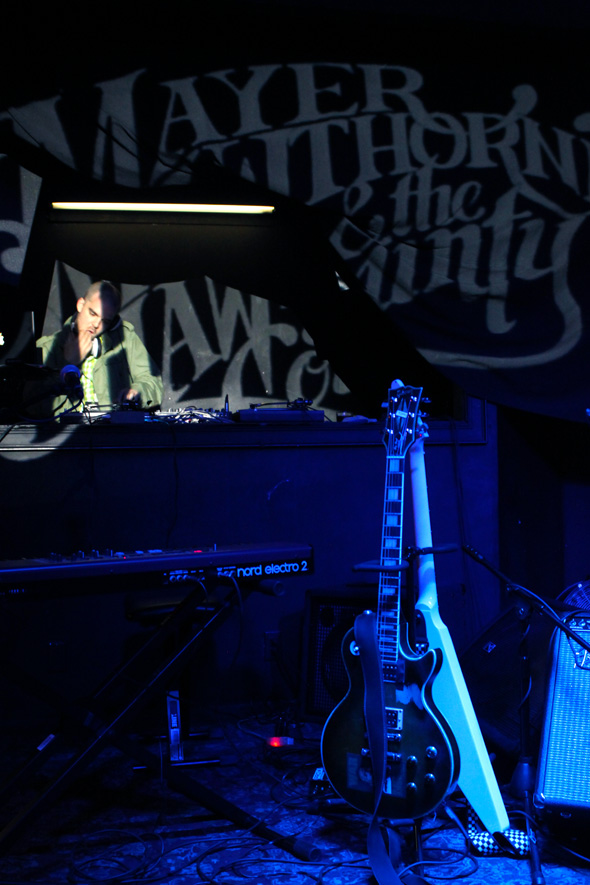 It could easily be said that Mayer Hawthorne (real name Andrew Mayer Cohen) is at the forefront of a full-out Motown revival, thanks in large part to his enduring respect and affection for the production and songwriting team of Holland-Dozier-Holland.

The 29-year-old, Michigan-born multi-instrumentalist started out as a DJ and rapper, but once Peanut Butter Wolf and his label Stones Throw Records got their hands on a few self-recorded and self-produced soul demos, there was no looking back.

His debut album A Strange Arrangement is a blissful collection of soulful gems that transports the listener back to the simplified, low-fi production style popularized in the late sixties. The LP brings together a dozen lyrically timeless songs stretched out across infectiously catchy rhythms and delivered in Mayer's testosterone-defiant falsetto. 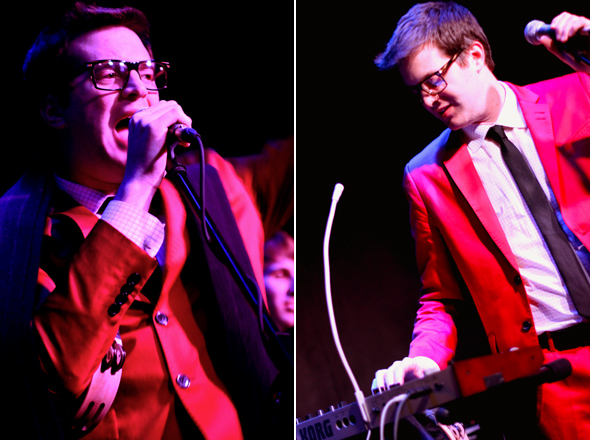 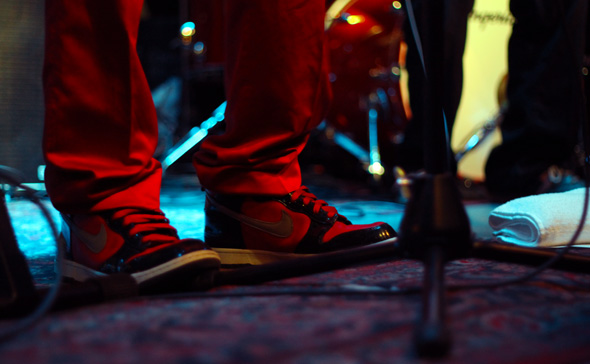 Decked out in a blood red, single-breasted, two-button suit and matching Nike Dunk High Tops, a bespectacled Mayer took to the stage at Wrongbar shortly after ten and kicked the set off with a cover of James Brown's "Star Time," which had the crowd dancing from the first note.

Effortlessly charismatic on stage, Mayer Hawthorne's style is immaculate and he sings with the heart of a romantic -- the kind of charmer who could steal your woman away from you in the blink of an eye. And at the end of the day, you couldn't even bring yourself to blame her -- he's just that smooth. 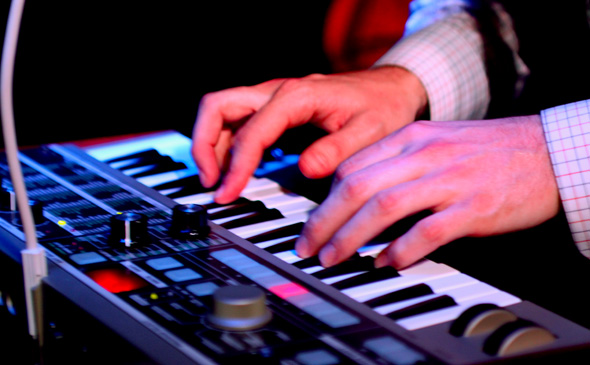 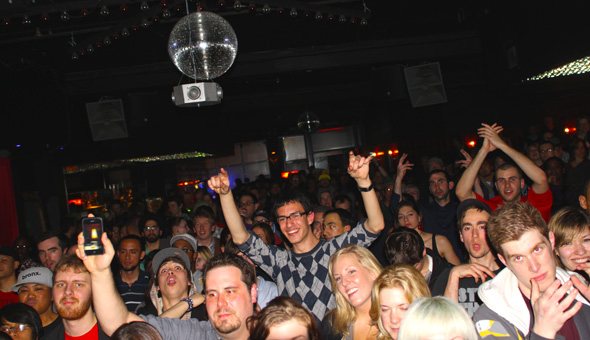 The undeniable energy at Saturday night's show was no doubt due to the fact that it was the final stop of their headlining tour, coming just one night after their hometown concert in Detroit. Referring to his last Toronto appearance at the Drake six months ago, Mayer told the crowd that he "chose to close it out in the Tdot 'cause the last show here was so nuts."

Covers of songs by James Brown and The Marvelettes paid tribute to the past, while covers of N.E.R.D. and Biz Markie showed that Mayer & the County could inject a little sixties soul into modern classics. 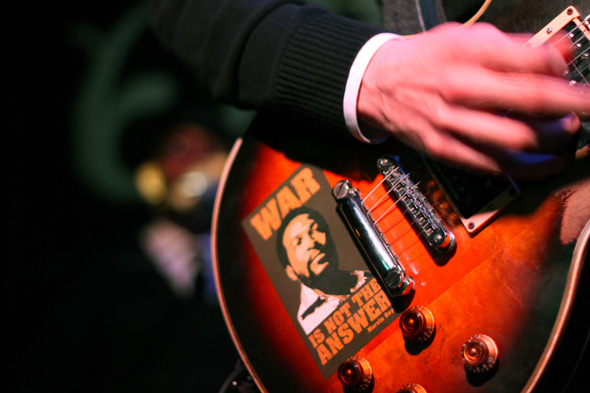 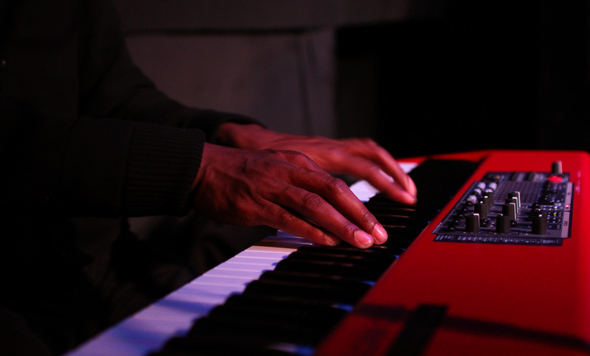 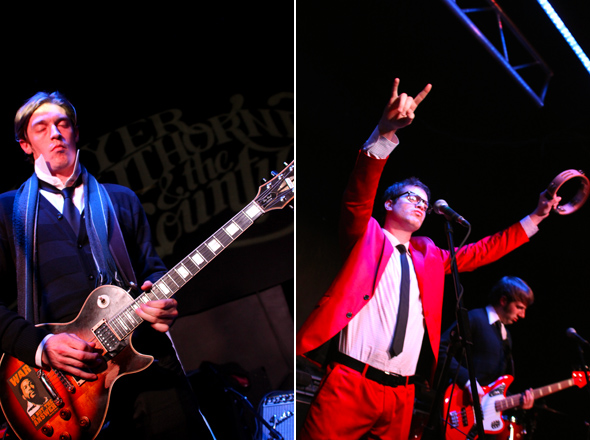 The County refers to any artist that Cohen plays with under the Mayer Hawthorne moniker -- tonight featuring four members including guitarist Topher Mohr, who stepped up and played his own song 'Ruthless' midway through the set after a gracious introduction from Hawthorne.

Going into the show I feared that Mayer would fall short in his attempts to translate A Strange Arrangement to a live setting, but he and the County delivered an unforgettable show that left a grin on every face in the bar.

From the vocal harmonies of the hit single "Just Ain't Gonna Work Out" to the lightning-fast percussion of set closer "The Ills," Mayer comfortably and confidently guided the crowd on a soulful journey to the sixties and back again -- all the while adding his own unique touch to the sounds of past generations.

Check out the full setlist below. 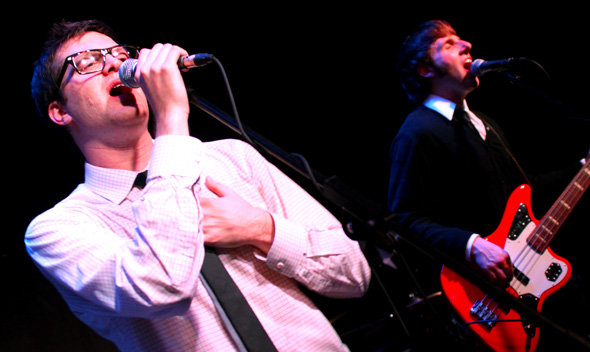 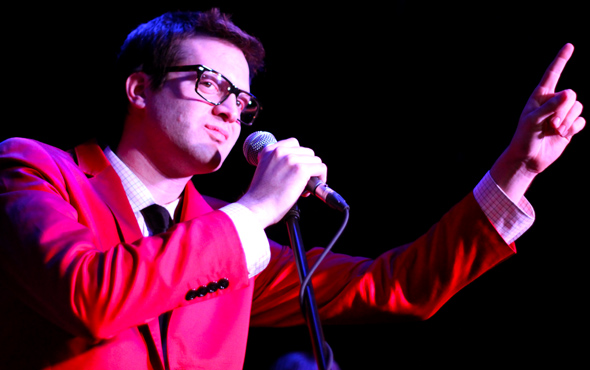