I sat down with drummer Jason Tait in the park behind Sonic Boom Records just a half an hour before their in-store set last Wednesday to talk about The Weakerthans' new CD/DVD collection, their future plans, and his recent work with Bahamas.

The Weakerthans were in Toronto to promote the release of Live at the Burton Cummings Theatre, a collection of 18 tracks spanning their four full-length albums. When I remarked that it had a bit of a greatest hits feel to it, Tait laughed and modestly conceded that "for a band of our stature that doesn't actually have hits, I guess it could be considered a greatest hits collection." 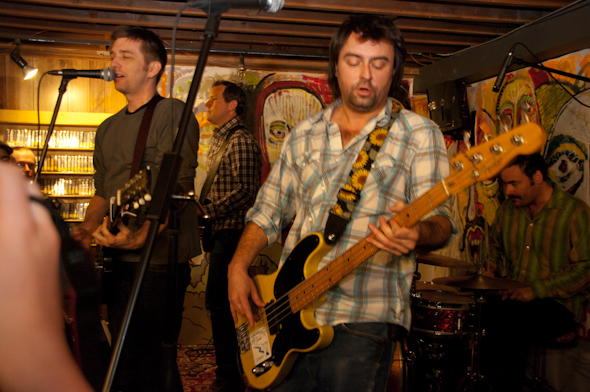 "We took advantage of the opportunity while we were doing this cross Canada tour. Our friend Caelum Vatnsdal wanted to do a movie with us that he filmed every night. Our sound engineer Cam Loeppky recorded every show. For the live CD we decided to go with the two nights at the Burton Cummings Theatre because it's the hometown show, and having the name Burton Cummings on our record is pretty funny"

"It's a good benchmark for us -- 13 years. It helps to document something, because we're essentially a band who just exists live. We don't listen to our own records. Sonny Rollins had a quote I think is apt -- he considered records just an advertisement to get people to come out to their live show. It's kind of in that spirit I guess."

The artwork for the collection was handled by bassist Greg Smith and is currently on display at his first exhibit, hosted at The Sixth Gallery (1642 Queen St W). Jason remarked that "it's his first exhibit. He did artwork for Ford Pier before, and that was really cool. Usually you overlook the most obvious thing that's sitting right in front of you...that's generally the best thing to do in the first place." 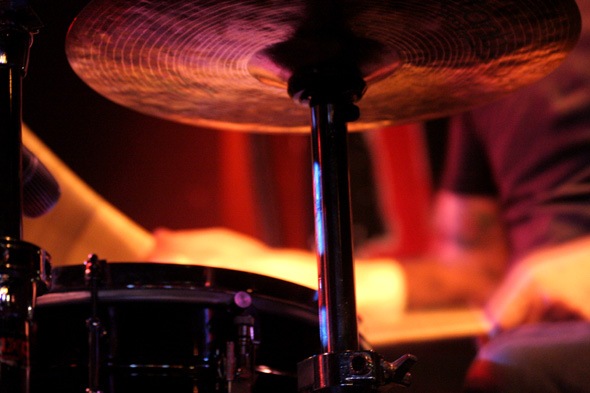 When asked about the Weakerthans' next studio album, Jason said that there is "no timeline...no, we just started floating around mp3s of song ideas. I imagine it would be at least two, three years down the road. Long enough so people forget about us and long of us to stay off the road and focus on creating something rather than chipping away at it here and there."

Just how long off of the road? "We're just going to be playing literally three or four shows a year until the next record comes out. It is going to be very, very sparse." The lone date on the group's tour itinerary at the moment is a stop at the Queen Elizabeth Theatre with Bahamas on May 26.

"This is the show to catch us, or you'll have to wait a while. I think the important thing is to stay at home and concentrate on making a new record."

While the Weakerthans take some much deserved time off the road, Jason will keep himself occupied by heading back out on tour: "I've been playing with Bahamas a lot. We were recording a record, and we'll probably be doing some touring. I love playing with him...I did a tour with him and Amy Millan across North America in a Subaru, and it was awesome." 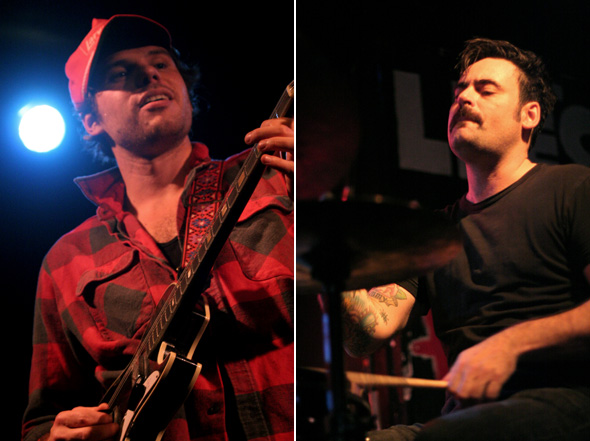 According to Tait, Bahamas (aka Afie Jurvanen) has finished recording his sophomore effort, and is currently seeking representation in the States before releasing it in Canada. Nevado Records released Afie's debut album Pink Strat last July, and he is currently on tour across Canada with Jason Collett and Zeus.

Tickets for the May 26 show at the Queen Elizabeth Threatre are $35 in advance, and are currently on sale at Rotate This, Soundscapes, the Horseshoe Tavern and as a last resort, Ticketmaster.

Photos: second taken by Tom Cochrane at the Sonic Boom in-store. All other shots taken by Matthew McAndrewMatthew McAndrew last November when Bahamas opened up for The RAA at Lee's Palace.