The Duchess and The Duke speak from the heart

The Duchess and The Duke. They're called that for a reason. These two unassuming old school indie kinds from Seattle are powerful and insistent with their simple delivery. Seated on two antique bar stools (did they bring those along themselves?), with a table of various liquors between them, Jesse and Kimberly sweetly elucidated the finer points of how undeniably vicious a breakup can be. This is music by and for the heart-worn.

Opening the show at Sneaky Dee's last night was Medication, who hail from Connecticut and are label mates with the likes of the Smith Westerns and Nobunny. I didn't know much at all about this band beforehand or that they were playing the show at all. In fact, someone brought their record into Sonic Boom yesterday and I made a mental note to check them out at some point. Funny how things work out like that. 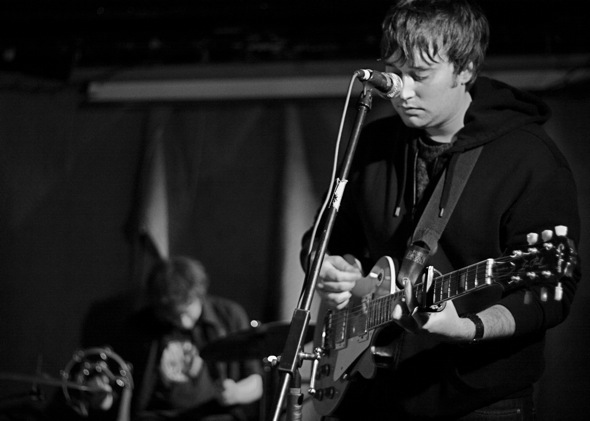 I really like their delivery and energy. They were super fun to watch, and their reverb-soaked vocals are great. Basically, if it's that real 1960's garage sound, I'm going to be a fan. The guys in Medication sound like they're on a ton of prescription medicinals all working with each other to create a sonic dreamland. Oh, and a definite plus is the insanely adorable guitar player. He gets a thumbs up. I'm definitely going to pick up their record This Town sooner, not later. 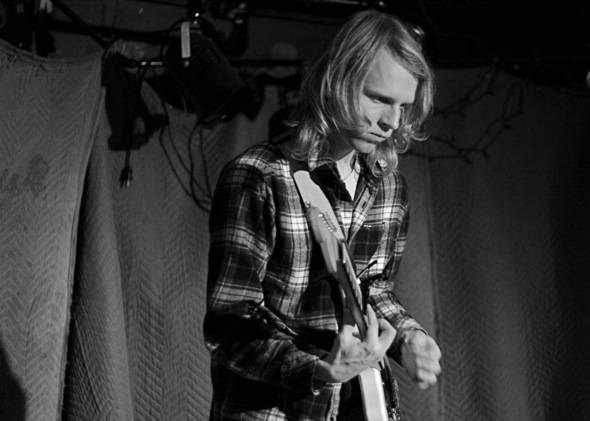 When The Duchess and The Duke last played Toronto, it was as the opening band for the groundbreaking and mind-bending Modest Mouse. They had a full band then, and I remember being drawn in by the beautiful imagery they created. But I think the simplicity and intensity is much more pronounced when they preform as a duet. All the focus is not only thrown directly on the two people in front of you, but it commands that you appreciate the lyrics as well.

One moderately drunken girl who wriggled her way up to me asked if I thought "the repetition was a bit much." In short, no I don't. I think it drives the point of the song home. In any case, there's something to be said for people with a lot to say (or yell, or fight about) keeping it to themselves until after the quiet and lovely folk rock show is over.

I was reminded of the formative indie shows of my youth in Niagara Falls and St. Catharines where entire shows went on with the crowd seated on the floor. It was a sign of appreciation and mutual respect. Slight overkill, indeed, but when there's the drunkest girl ever and her wickedly tall boyfriend about to throw down because someone invaded someone else's personal space, and they feel the need to loudly vocalize their concerns over an entire song...well, I could have taken the overkill. 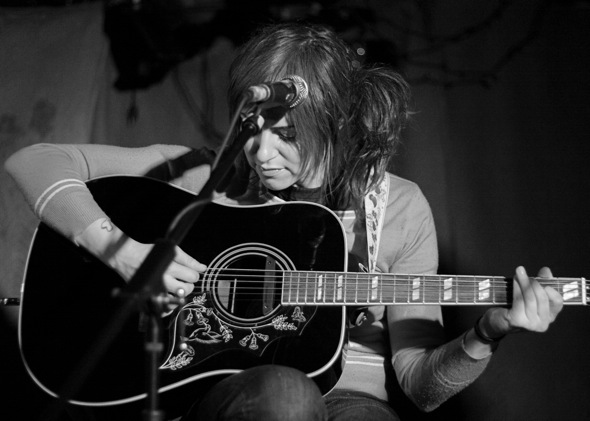 My favourite tune of the night was "Hands" (off the latest release Sunset/Sunrise), which juxtaposes introspective lyrics with a gruff guitar progression that drives home the line "Who waits for a ghost to come in from the cold/ just to haunt you." Jesse brings us into the story of a couple's sunnier times in light of the dusk that has fallen on the relationship. Kimberly's harmonies come through like a haunted memory, tortured and compelling. I could feel myself being pulled into the web of broken hearts they weave. It's the same feeling I get when watching $100 perform. You can leave feeling kind of sad, with memories of lost love long forgotten freshly steeping in your minds eye, but the songs are so damn catchy and pretty that it instills some form of hope in you. Or maybe just me. 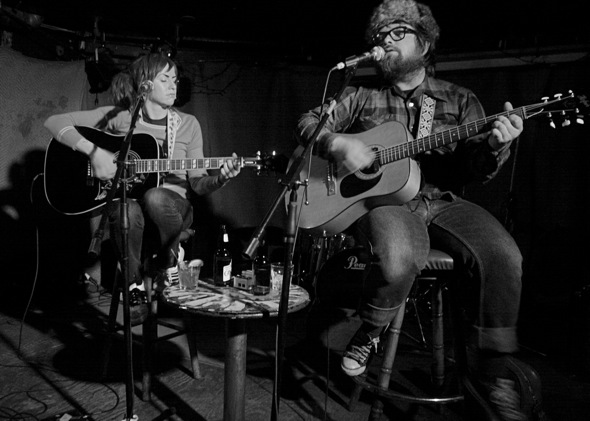 The Duchess and The Duke are tender, eloquent, and unwaveringly honest. It's music for anyone who knows the pain of loss; like a less whiny Bright Eyes, or depressing Elliot Smith. I say that as someone who holds a special place in my memory for both those artists (I actually have song lyrics from Elliot Smith's XO worked into one of my tattoos), and the imagery they created. 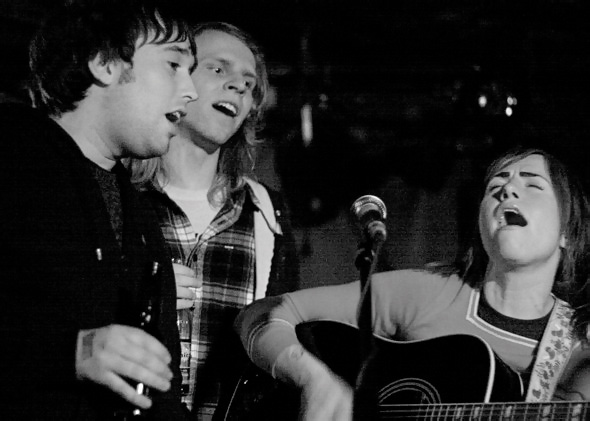 For the last song, Kimberly invited the guys from Medicine to join them on stage, which resulted in a great jam, and you could see how close these guys are. It was fun and impromptu and gave me some extra time to crush on the guitar player. Oh, and by this time, they were playing in almost complete darkness, after asking a few times to have the lights lowered a tiny bit up from completely off. When all's said and done, the Duchess and The Duke are exactly what we need more of in popular music these days; sincere, decorous, and thought-provoking. In a world of over sexualized pop stars with nothing real to say, The Duchess and The Duke are a breath of fresh air.

For more of my photos, check out my blog Ivy's Legue