The King Khan and BBQ Show at Lee's Palace

The King Khan and BBQ Show played last night at Lee's Palace to a sold out and wildly eager crowd. These guys are just about my favorite act of the past few years...ever since a friend from their hometown of Montreal frantically Fed Ex'd their first self-titled album to me back in 2005. I've also danced my ass off to What's For Dinner (the band's second album) as many times with friends as I have by myself. Lyrics like "I can really play dead little girl/ till the day that I die" and the simple hard driving drums on "Treat Me Like a Dog" tap into something primal inside me.

I've seen BBQ play on his own as a solo act, and I'm always intrigued by his total lack of interest for the crowd. Or even for selling his records. But I can sort of understand Mark Sultan's attitude. If there are as many meatheads at every show as there were last night, I'd be a little removed too. 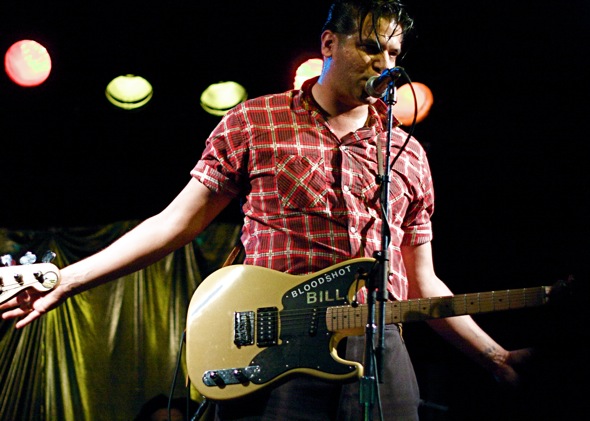 The fantastic Bloodshot Bill opened up the show last night. He plays the kind of old time rock n' roll that would have made your great grandparents bible thump your parents. Equal parts kick-ass and camp, his show resembles what it would look like if Link Wray played Johnny Depp's character in Cry Baby...kind of. In the past, Bloodshot Bill has preformed as a solo act, playing drums and guitar and singing all at once. So it's easy to understand how he got hooked up with King Khan and BBQ: they're all part of the garage rock resurgence or revival or whatever you want to call it. I can't wait for the upcoming record that Bill and BBQ are recording.

While waiting for the King and the Sultan to come onstage, a guy (who would a few minutes later go on to elbow me and another girl in the face) asked me what I thought the band would be wearing. "Very little," I replied. King Khan is usually wearing a skimpy little number, and BBQ isn't seen without a bright magenta turban. 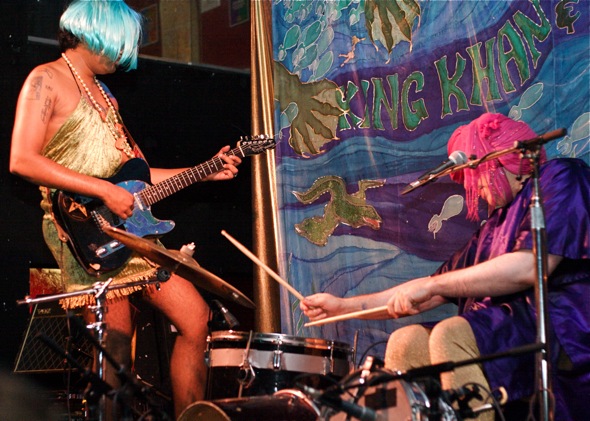 Wearing a gold lampshade dress replete with a fox head at crotch level and a turquoise wig, King Khan sauntered on stage to catcalls and screams, followed by a purple-smock-and-gold-tights-wearing BBQ. Great costumes, they really add to the overall "show." 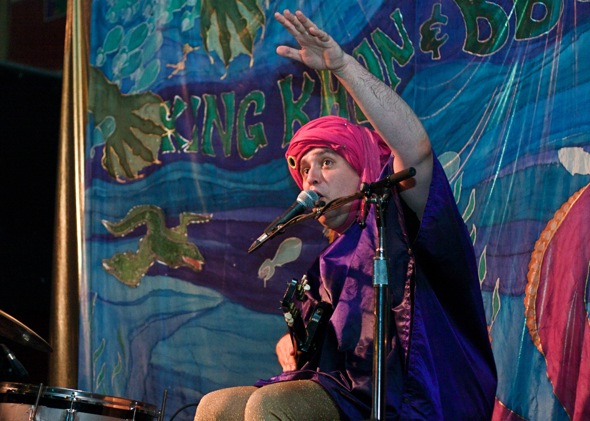 They played classic favorites like "Fish Fight, "Pig Pig" and my personal favorite "Too Much in Love" and a ton of stuff off the new album Invisible Girl. The best songs on the album (in my opinion) are the explicitly vile "Tastebuds" and quirky "Animal Party."

Every song, right from the start, saw the initiation of the biggest mosh pit this side of a hardcore show. People were seriously out to destroy themselves. If I hadn't been interested in getting some photos, I would have been right in there with them the whole time. As it stood, though, I ended up throwing my camera on a pile of coats near the stage and squeezing over to a group of increasingly drunk friends to dance.

Before the encore, Mark brought to everyone's attention some poor unfortunate girl who had lost her shoes somewhere in the crowd. It only took a minute for one shoe to come flying onstage, and when the second was finally found he seemed genuinely impressed with how nice Toronto was, saying "in Montreal we would have put poutine in that shoe." 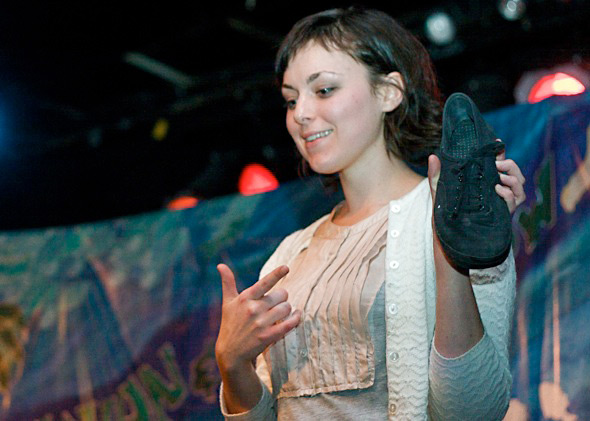 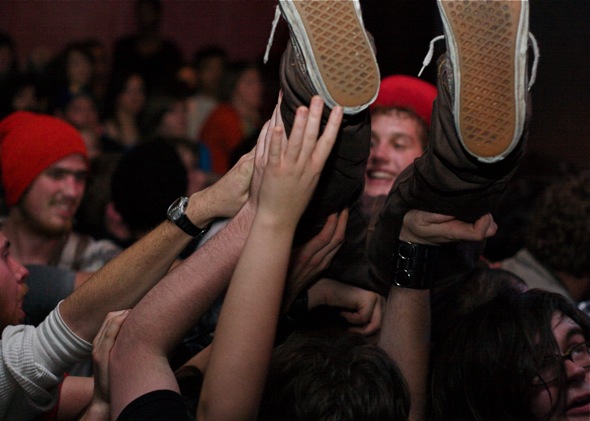 This was the best way I could imagine spending a Friday night. The King Khan and BBQ Show made me lose my mind, dance, and scream all at once. This was a serious contender for one of my favorite shows of the year.

Check out more of my photos at ivyleah.blogspot.com