Friday night's all local show at Lee's featured a handful of mellow tracks from Brian Borcherdt, the debut of Fields of Fur, an uplifting performance from Hooded Fang and a headline set from The Wooden Sky featuring a slew of guest musicians from around the city. The show served as a long overdue release party for their sophomore effort If I Don't Come Home You'll Know I'm Gone, released a few months back through Black Box.

The night started with Holy Fuck's Brian Borcherdt strumming and singing into the microphone from a distance. His laid back brand of electric folk is quiet and unassuming, and he managed to silence the crowd for the better part of his set. Julie Fader made an appearance, lending her voice to a pair of songs. 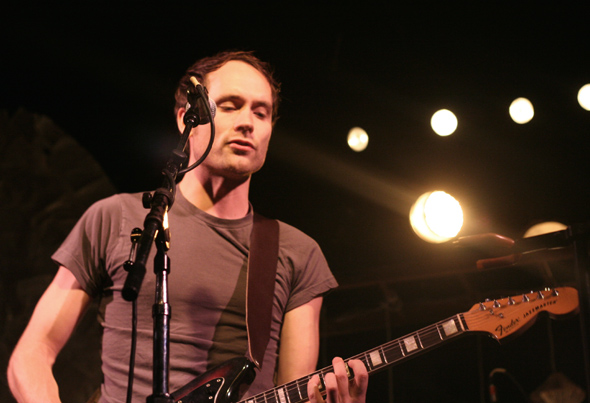 After playing the majority of Coyotes, Borcherdt was joined by a drummer named Mike. The duo introduced themselves as Fields of Fur, played a couple of songs and informed the crowd to keep their eyes open for a free digital release in the very near future. 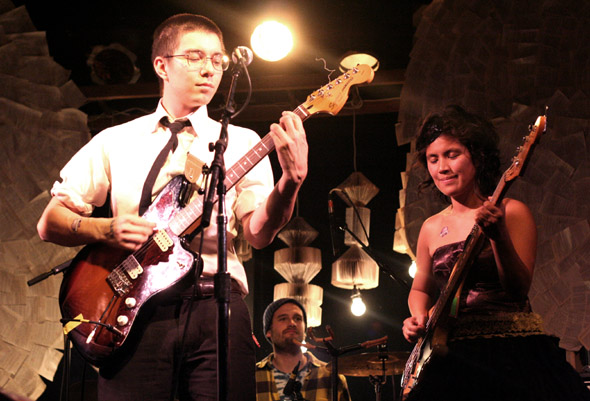 Hooded Fang hit the stage around eleven, starting their set with 'Land of Giants'. A few of their members jumped from instrument to instrument, supplementing their driving indie rock songs with everything from accordion and keys to horns and xylophone. 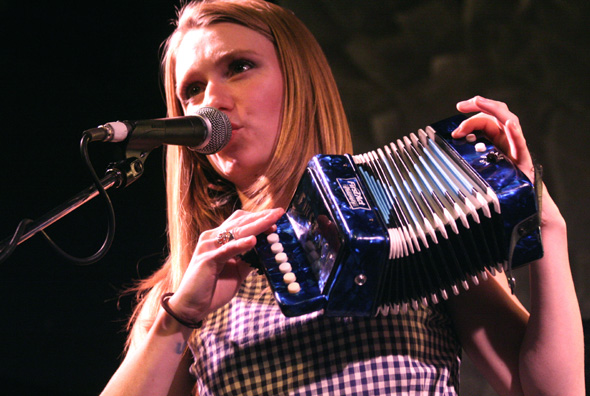 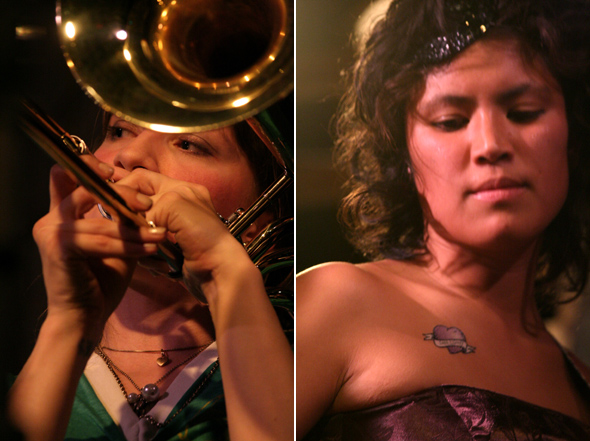 At this point, the 600+ capacity venue was nearly full and the temperature was rising. Despite the heat, the crowd were eager to dance for the Friends in Bellwoods gang. 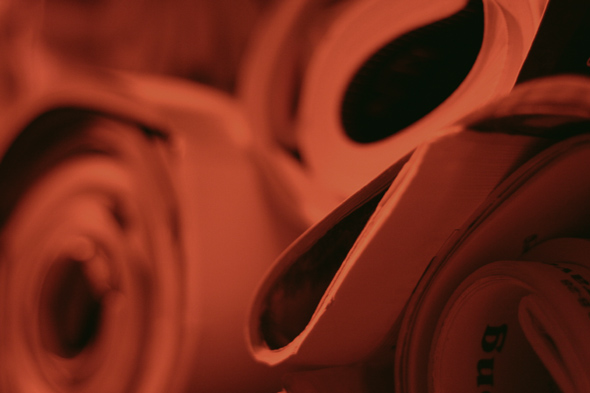 The bands went all out on the decorations, tearing pages from books to make chandeliers and clouds behind drummer Andrew Kekewich and rolling them up at the front of the stage. 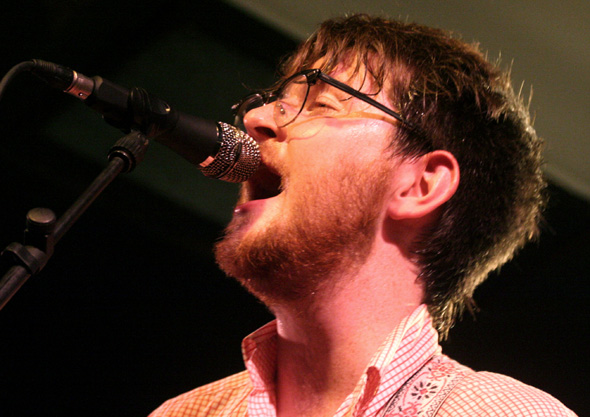 The Wooden Sky exceed all expectations live - songwriter Gavin Gardiner's rich voice harmonizes perfectly with bandmates Simon Walker and Andrew Wyatt. They opened with 'When Lost At Sea,' the haunting title-track from their debut album. TWS split their set between both of their full length releases, pleasing fans of both old and new.

Sombre songs like 'Oh My God' and 'Darker Streets Than Mine' offer a stark contrast to more aggressive efforts like 'North Dakota' and 'When We Were Young,' highlighting the young band's versatility as musicians and songwriters. 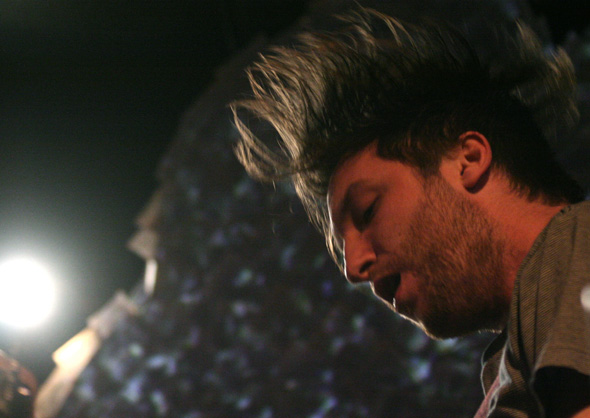 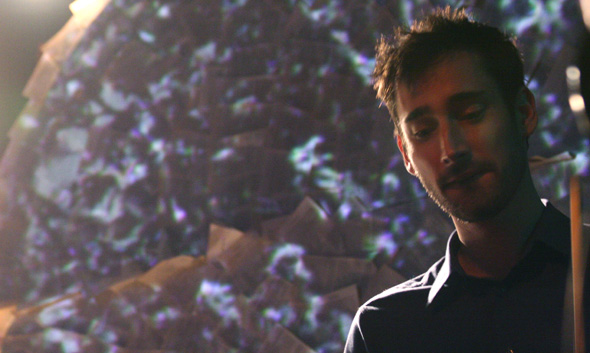 They rifled through thirteen tracks before bidding the crowd a temporary farewell. TWS soon returned for a three song encore joined by frequent collaborator Peter Krpan, former drummer for Moneen. As soon as I heard the opening line to 'The Late King Henry,' I knew it would inevitably turn into a mass singalong. 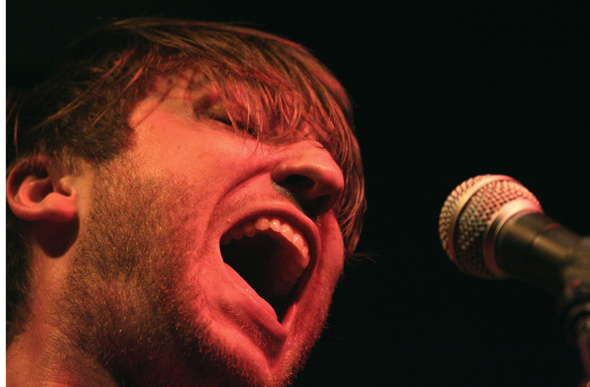 Gavin informed us that Friday night also marked Simons 26th birthday, and almost instinctively the crowd launched into action and sang him happy birthday. Acts like this further showcase just how much of a community has been built around the Friends in Bellwoods contributors. 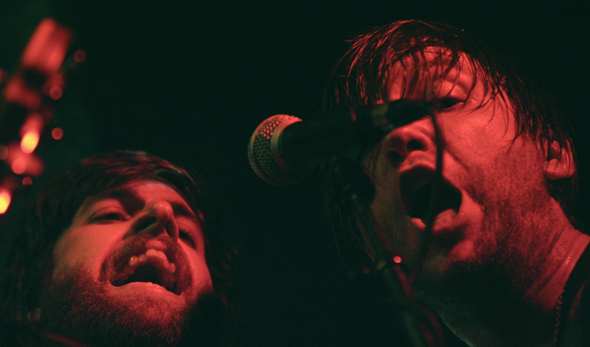 I couldn't have asked for more from the evening. The Wooden Sky are deserving of every bit of attention they've been receiving recently. I recommend taking a look at their ongoing Documentary in Pieces for a glimpse into their life as touring musicians. They'll be on the road for the remainder of the month, stopping at cities throughout Southern Ontario and into Quebec. Check out the full setlist: