Brand New headlined a pair of sold-out dates at the Kool Haus this past weekend, bringing along fellow Long Islanders Glassjaw as primary support.

While the ferocious return of hardcore legends Glassjaw mesmerized the crowd, it was Brand New that rose to the occasion, delivering heavy-hitting sets filled with different fan favourites each night.

Opening Saturday night with 'You Think You're John Fucking Lennon,' I was immediately overcome by the sheer sonic force of Glassjaw. Having waited the better part of a decade to witness their live act, my expectations were through the roof.

They rifled through a good chunk of Worship & Tribute including 'Ape Dos Mil,' 'Tip Your Bartender' and 'Two Tabs of Mescaline.' While they maintained their aggressive, post-hardcore tendencies throughout the set, it's the psychedelic rock, afro-beat and Latin influences that distinguish them from other screamo acts. 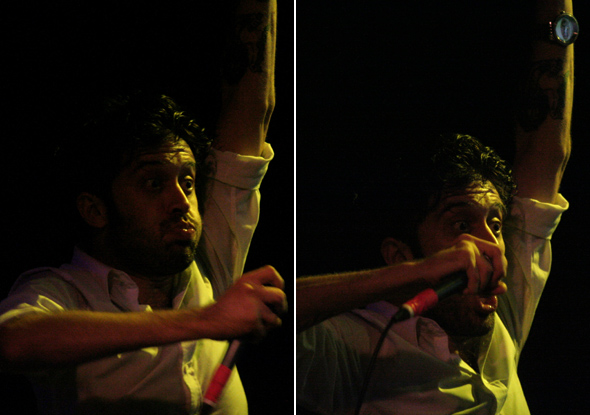 Vocalist Daryl Palumbo was simply incredible on both nights - he danced and writhed around on stage, solely entertaining the crowd as the rest of the band remained stationary throughout the set. His expansive vocal range affords him the ability to jump seamlessly from throaty roar to operatic, vibrato-heavy singing.

Glassjaw are currently touring as a four-piece, with founding member Justin Beck being the sole guitarist. Considering the immense complexity of Glassjaw's music, I feel they would have benefited greatly from the addition of a second guitarist to the touring line-up. While Beck is an astoundingly talented guitarist, adopting a fifth member would afford him more freedom on stage. 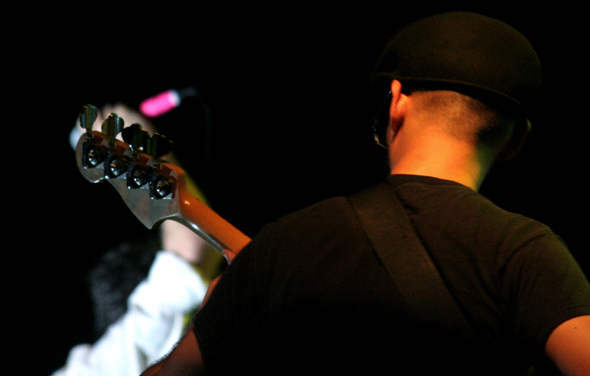 Bassist Manuel Carrero has an odd disposition while on stage, playing both the Saturday and the Sunday night sets with his back to the audience. Perhaps it's a stage fright thing, or maybe he simply faces drummer Durijah Lang to keep their sound cohesive.

Regardless, a few of the audience members around me read into his demeanour as being disrespectful and borderline offensive. Personally, I thought it gave the set a jam-oriented feel - almost as if I had just walked into their practice space mid-rehearsal. 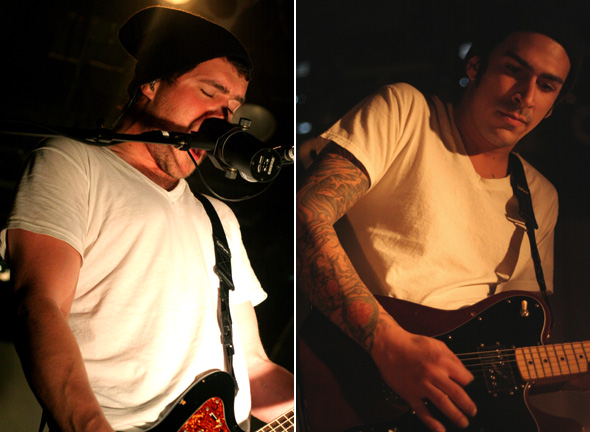 The evolution of the entity that is Brand New is far from traditional. Their latest release Daisy is far and away their most ambitious work to date, sounding more like Worship & Tribute than their breakthrough album, 2003's Deja Entendu.

While 2006's Devil & God saw the band embracing a heavier sound without fear of polarizing their audience, the band maintained a borderline media blackout in wake of its release. With 2009's Daisy, it seems the band have overcome many of the anxieties that crippled their relationship with the press in the past. As Brand New ages, they are becoming increasingly confident in their abilities as musicians and songwriters. 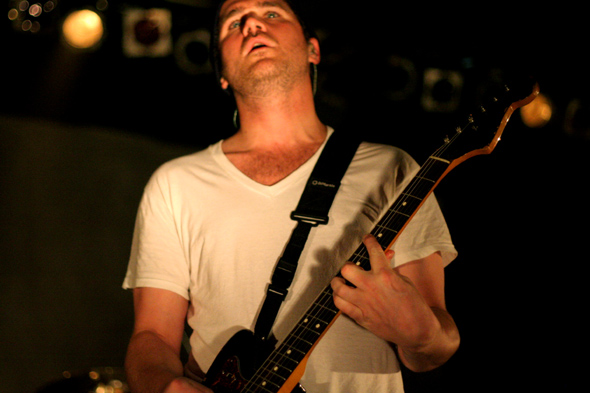 To say the crowd was buzzing with anticipation for the headliners would be a major understatement. Before Brand New even took to the stage, security was hauling body after body over the front barriers in an attempt to keep lightheaded concert goers from losing consciousness.

Every hint of silence between sets was met with immediate applause and chants for the band, whose devoted fan-base were willing to purchase scalped tickets for upwards of $125, nearly five times as much as the original price. 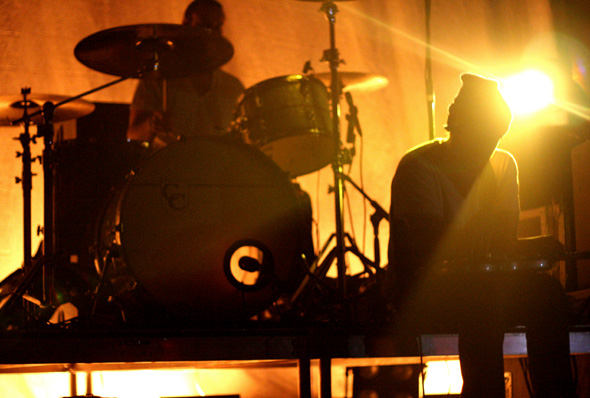 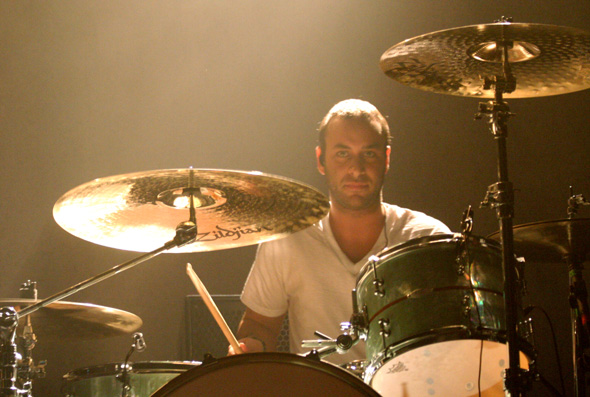 Taking the stage shortly after ten o'clock, Brand New were backlit to excess and appeared as silhouettes. Immediately launching into 'Welcome to Bangkok' with two drummers thrashing around in unison, the band first showcased their instrumental side before vocalist Jesse Lacey stepped up to his pair of microphones.

Fans were literally singing along to every single word as if they wrote it themselves, clearly having forged deep emotional connections to the lyrics penned by Lacey and/or lead guitarist Vin Accardi. During Jesse's solo-electric performance of 'Limousine,' I noticed a woman with tears visibly streaming down her face as she struggled to sing along to the lyrics through the sobs. 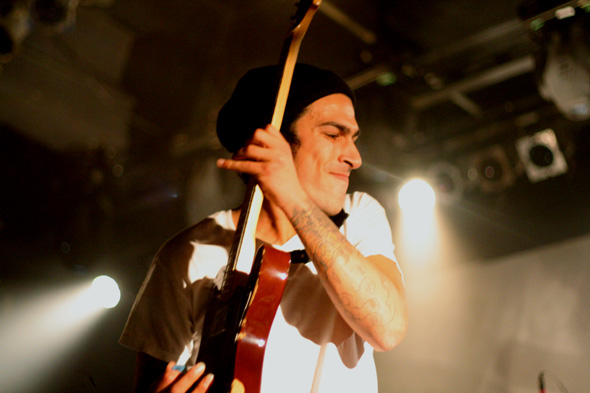 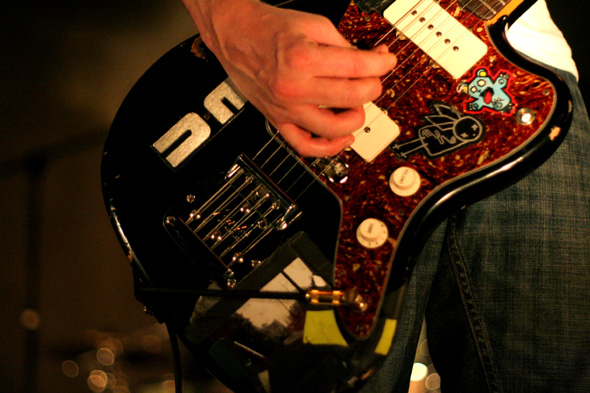 Fans of 2001's Your Favorite Weapon were surely let down by Saturday nights set, which excluded all material previous to Deja. Sunday night saw the band embrace their roots, playing a devastating pop-punk triple-header of standout tracks from their debut: 'Mix Tape,' 'Jude Law' and the angst-ridden 'Seventy Times 7.'

Throughout the latter half of their set an eerie black and white video montage was projected onto the screen behind them, looping images of clouds, slasher films, zombie-like children and even diagrams of passive diffusion across a semi-permeable membrane.

Saturday night clearly showcased the darker, heavier and much more brooding side of the band, much to the delight of the hundreds of pit-dwellers. Brand New closed with a heartfelt rendition of 'Play Crack In the Sky,' bidding the audience farewell without the possibility of an encore. 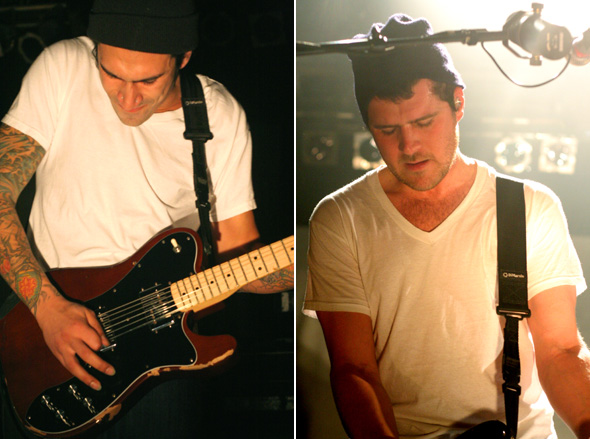 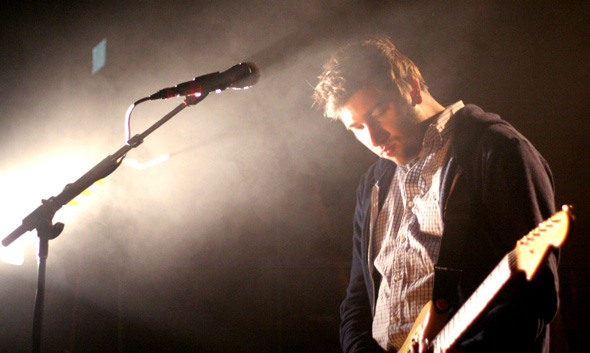 For a band known for their reclusive nature and hot-and-cold relationship with the media, their fan-base continues to exponentially increase with each release. As they have matured over the years, they've effortlessly managed to retain their original followers while simultaneously picking up a diverse array of new fans along the way.

Between checking out the Rural Alberta Advantage on Friday and witnessing both of Brand New's sold-out dates at the Kool Haus, I can safely say this was one of the most blissful weekends of my year. I learned my lesson when Brand New played a pair of dates at the Kool Haus in 2008: always buy tickets to both shows.

Check out Saturday's full setlist below: 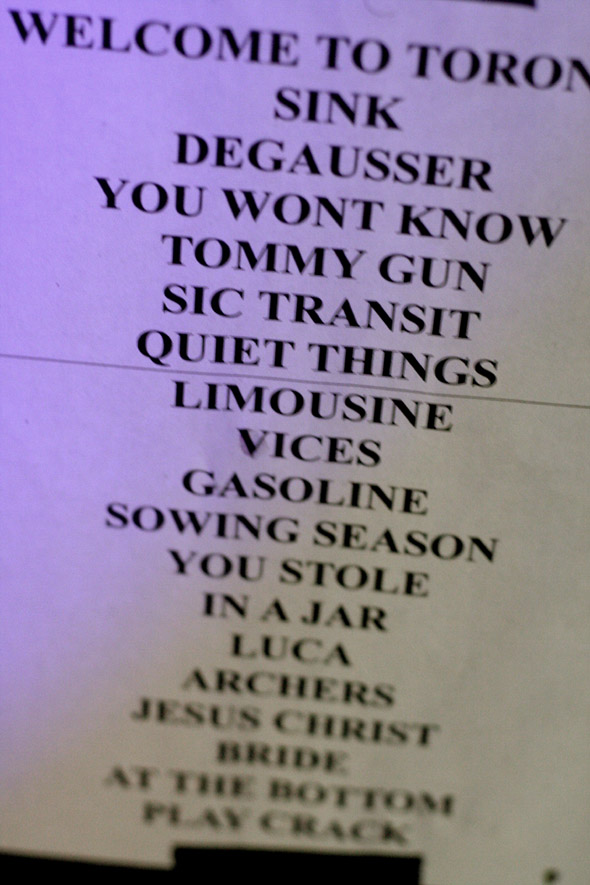