Sailboats Are White Return to Port

After a two year split, the boys from Sailboats Are White decided to play nice and get back together. Known on the Southern Ontario circuit as a fairly messy party band, they split up in 2007 after recording the follow up album to 2006's Turbo, Turbo II. Also to their credit, they recorded a split 7" with Louisville metal band Lords. Despite the earlier break-up, the guys decided to get back together after settling grievances and putting the past behind them like the open sea.

The band played Tuesday night at the El Mocambo.

Personally, I couldn't be happier at the thought of Turbo II getting an actual release. After bass player Matt Bourassa gave me the cassette tape a year ago, I listened to it about 10 times in a row on my dying 1990's ghetto blaster. You can listen to both sides on their MySpace page by the way, but I'd still recommend getting the actual cassette.

Turbo II features a drunk voice mail message from Kat Taylor of Lullabye Arkestra saying something about "being in your town and some underground place you guys like." It was probably some party held in the dank hole of Sonic Unyon, Hamilton's best known label who have grown from having a local only focus to greater heights. 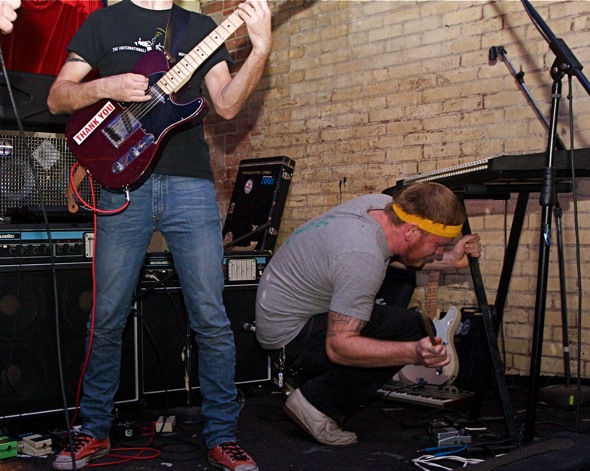 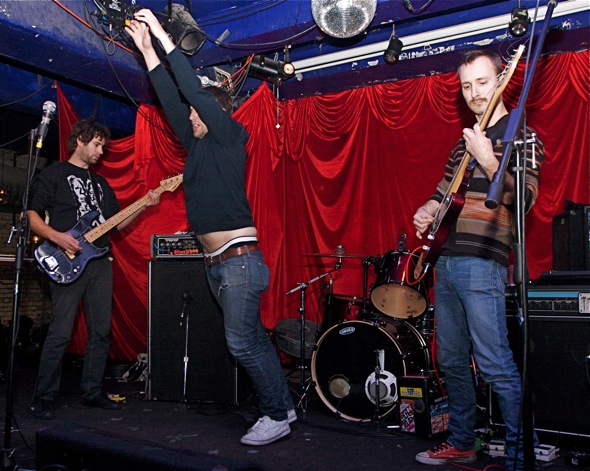 Last night's show was a tame version of what a fan would have expected from their reunion, but in a way it was actually perfect. Despite looking slightly nervous and gulping back Shirley Temples, Kevin Douglas was a force to be reckoned with -- a contained maniac, if you will. 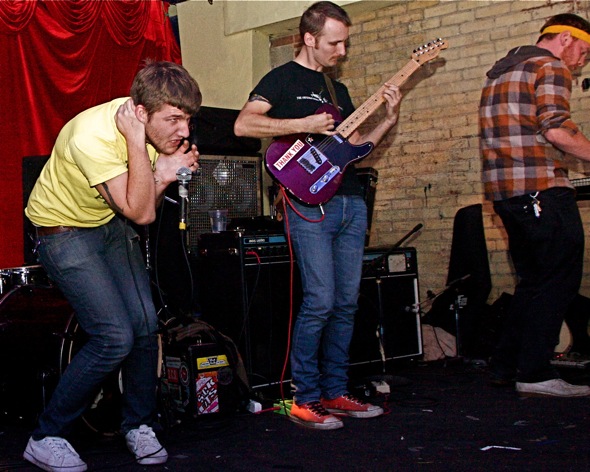 The new songs they played were fun and interesting, and didn't sound out of place at all. Sometimes when a band gets back together, the new material produced can invoke some collar tugging and fan desire for the old stuff. But I loved it all. I think it'd be a great idea for them to start recording soon. If they decided to actually play more shows, that too would be a great idea. 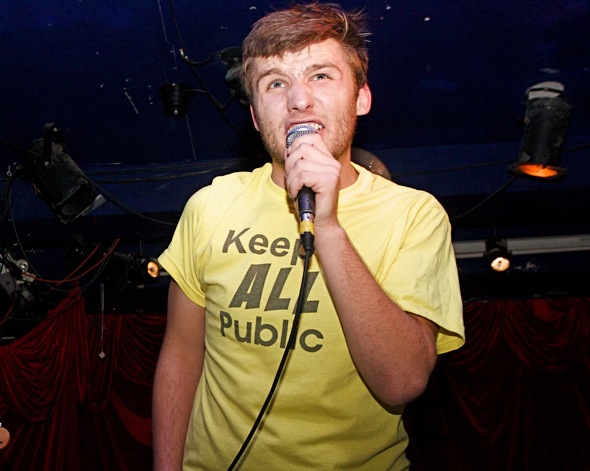 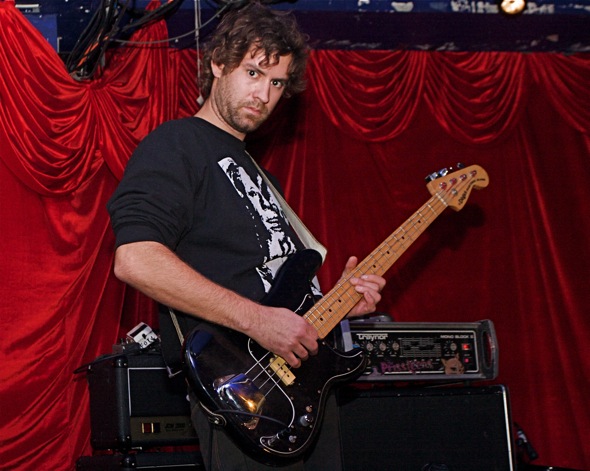 Though they didn't play what is probably their biggest song (Led Eye), other songs like "Lets Set Up North On Fire" and "Mutiny Disease" were brilliantly executed, and it sounded like the entire band was working together at something, instead of battling each other. 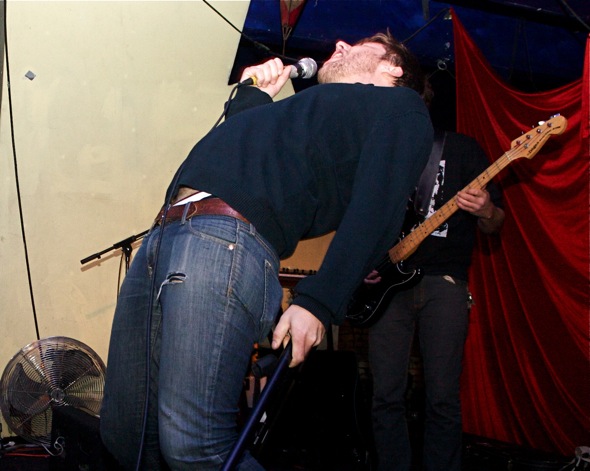 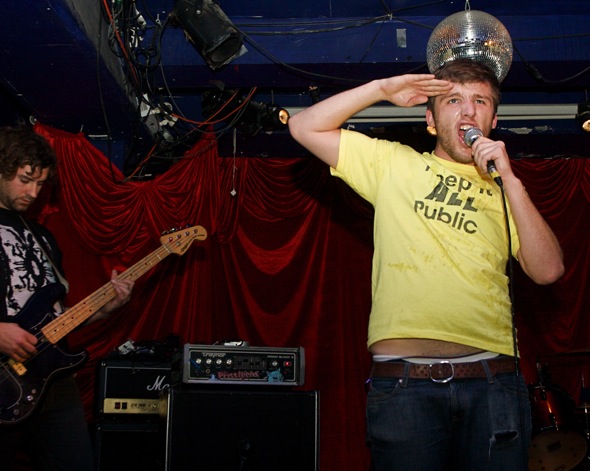 If the rumors of a label looking to release Turbo II are true, then I think all of the thrash party kids who bled their way through past Sailboats shows are going to be very happy. Someone book these boys more shows!