The Moist Towelettes Clean Up The Tranzac

On Wednesday, I headed to The Tranzac to watch Japanese/Canadian hybrid The Moist Towelettes play an adorable set of j-pop that was so bubblegum sweet it practically gave me a tooth ache.

After an hour and a half of choreographed dance numbers, costume changes and catchy songs that sounded like they belong on Sesame Street, you could say I was smitten with this campy but cute quartet. 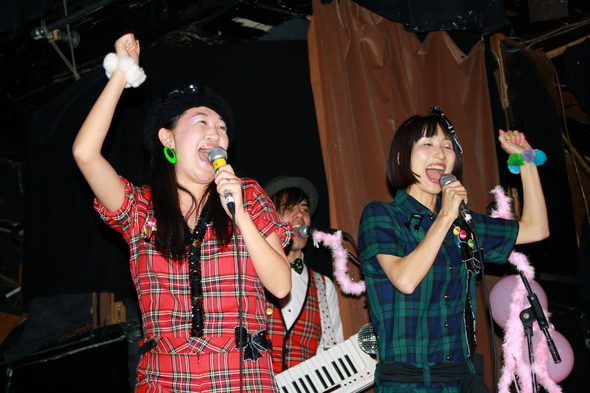 Toronto-based rockers The Sweat opened. Ridden with rugged guitar riffs and crudely funny lyrics, their back-to-basics rock songs just couldn't be taken seriously--and are obviously not meant to be. I caught myself laughing out loud as the lead singer growled out lyrics like "I put my dick in a toaster" and the back up guitarist chanted "Toaster dick! Toaster dick!" 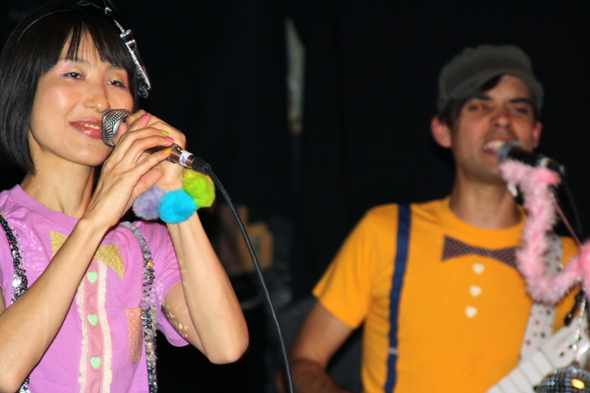 As the stage was being set (and strewn with pastel pink balloons) for the Moist Towelettes, band members Emi and Yuko handed out colourful lollipops to the audience. 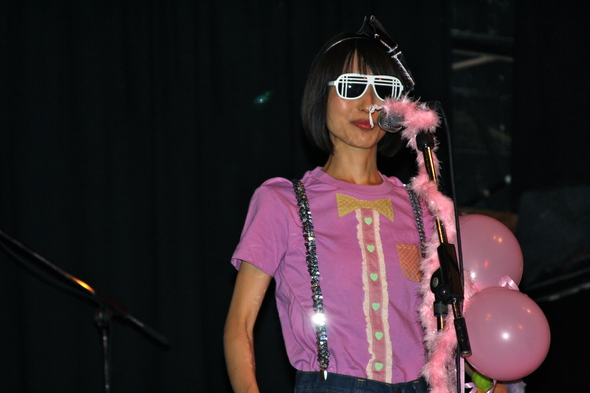 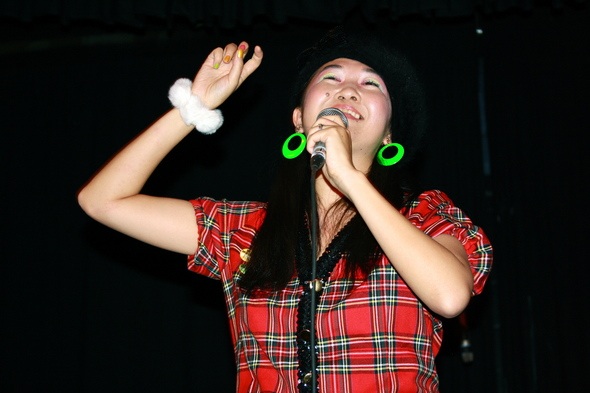 Clad in matching plaid outfits with fuzzy bracelets and plastic swords, the band was adorable. By the time Emi and Yuko grabbed their microphones, fittingly decorated with pink fur, I felt more like I was at a slumber party then a music show. 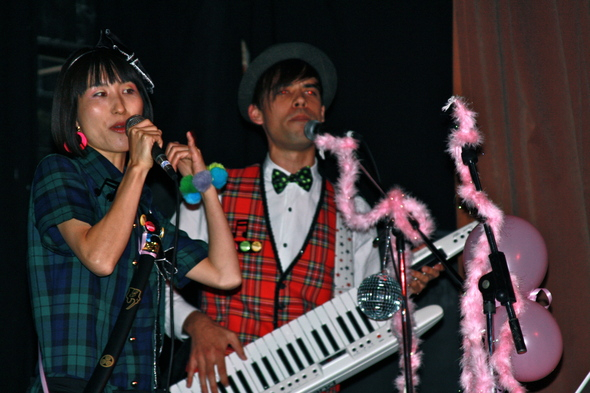 Between shouts of "Get Moist!" and synchronized dance moves, Emi and Yuko waved, giggled and grinned. Their unabashed enthusiasm was as infectious as their music, which would be borderline absurd, if it wasn't so sincere and catchy. Think Sesame Street meets the Beach Boys meets Nintendo plus a KEYTAR. 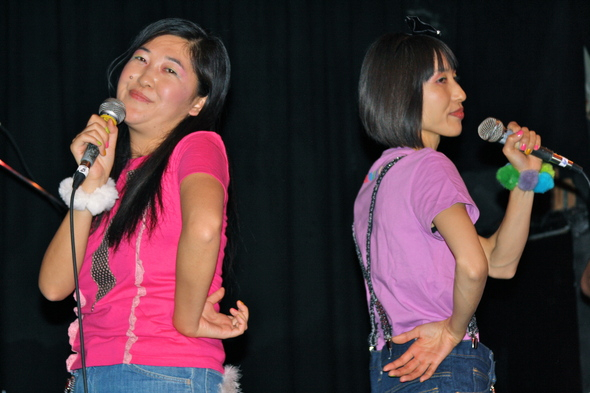 Only Emi and Yuko could make lyrics like "Konya mo issho ni, utatte, odotte, get moist!" which translates to "Tonight, all together, let's sing, dance, and get moist!" seem adorable and not borderline inappropriate. Other highlights included the catchy Spice Girls-inspired "Girl Revolution" and an energetic rendition of "Rock N Roll Boyfriend" accompanied by air guitar dance moves. 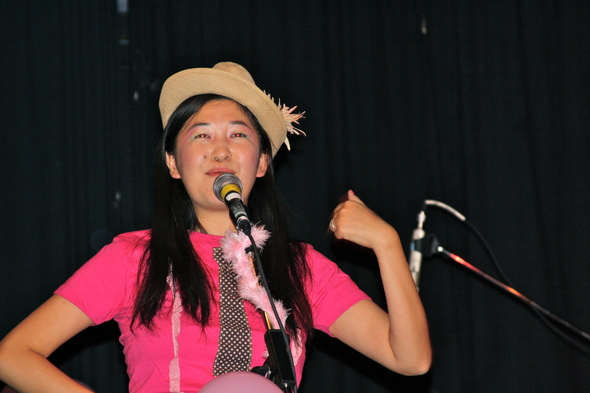 I picked up their latest (and first) LP, aptly titled "Get Moist!", on my way out. Honestly, I don't think I will ever listen to this music again. So, why did I spend my hard earned dollars on a CD? Let's blame the sugar rush--I just couldn't say no to the bizarre and adorable sweetness that is The Moist Towelettes.

The Moist Towelettes spread their, er, moistness in Quebec as they play Pop Montreal next.