Last night, it was all about the glitter. Whether it was the new Toronto it-boy, Diamond Rings, or the mostly naked Kids On TV, everything sparkled. The Gladstone was indeed the best venue for this specific show to take place because of those lovely bay windows. Go big or go home.

Being familiar with Kids On TV, I couldn't wait to check out the visual elements of their show. And they didn't disappoint: three of the four band members went pant-less and had painted faces. At one point, they even busted out the wolf masks!

Needless to say, this was one giant dance party from start to finish. 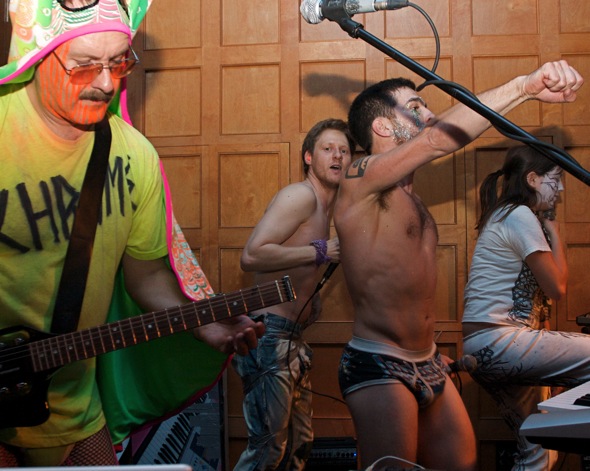 It may seem trite to say that Diamond Rings is my new favorite one man show, seeing as he's pretty much blown up overnight with the ridiculously catchy single "All Yr Songs". But you know what, I don't care about the hype at all, and I've been sending that video all over the planet. The very best thing about John O's (usually of the D'Urbervilles) latest musical venture is that he's 100% sincere about it. This isn't a posturing funny act; the songs make sure of that. He's intensely heartfelt, which is enough to make me actually care. And I wish I could pull off neon eye makeup anywhere near as well as he does.

After modestly saying he had a few records for sale (Get one while you can! He only pressed 300!), he went on to insist that people "buy the Kids On TV record first, and a few drinks, and if you have 7 bucks left over, then you get my record." 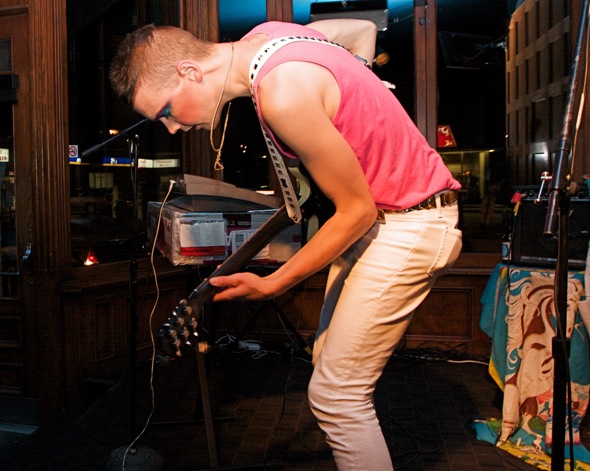 I ducked out of the Gladstone after Diamond Rings to get some air, and then found myself at a friend's apartment close by sipping wine and petting cats. Then I realized I was probably missing the Kids, and probably like 100 great shots because, let's face it, Kids On TV are one of the most visually creative bands in the city. When I got close to the show there was a fair-sized crowd watching from outside. One guy was removed from the rest, staring in what could be described as "confused hunger" as the band writhed and bounced inside. Those windows, I'm telling you! 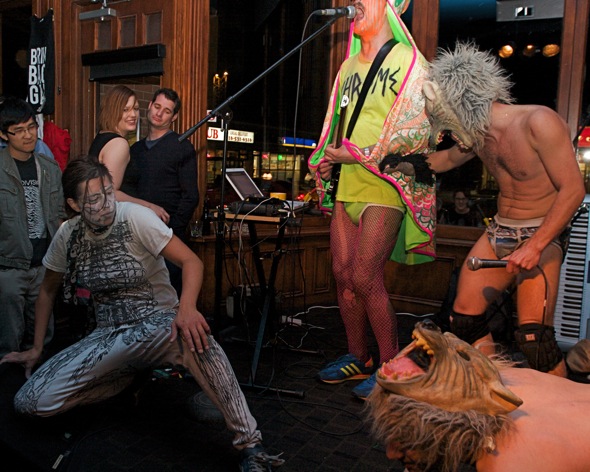 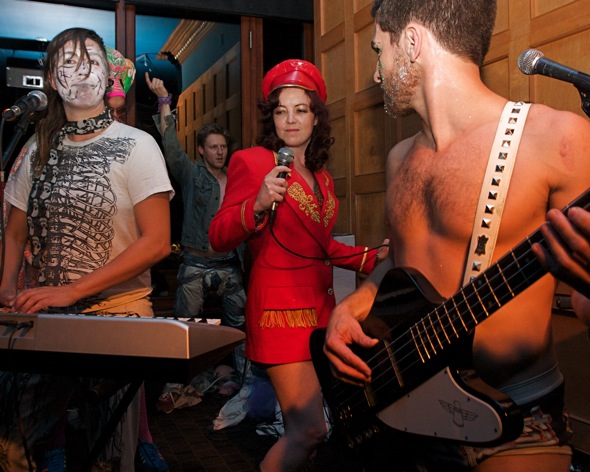 Kids On TV were promoting a new video/EP they've done, "Shape Shifting Mutants" (Blocks Recording Club). The video loosely followed each song, except in rare instances, like when they covered Q Lazzuras's "Goodbye Horses" from Silence of the Lambs. They said it would be disturbing, and it actually was.

Julie Faught joined them for a few songs, and given that she can usually be found with an acoustic guitar singing deep soulful country ballads in The Pining, I wasn't sure what to expect. But then, come on, she was wearing a vaguely Communist coat and gold sequin hot pants. Enough said. Julie is wicked awesome, and I loved everything about her guest spot last night. 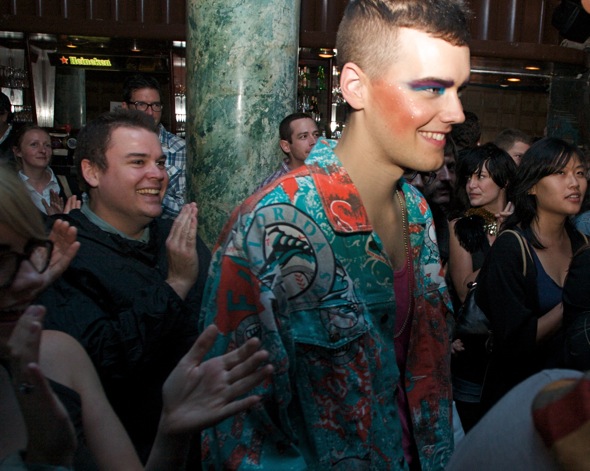 Kids On TV are just such a fun band. They're like the musical theatre kids in high school that always got A's in every class, and it was impossible to tell if they were serious or not. But it doesn't matter in the end. They get out there, glitter and paint themselves to the moon, sing about weird shit and have quirky dance moves to boot. Whats not to like about them?