I find myself surrounded by fans of The Walkmen, who are here in Toronto on a North American tour before going to Europe. The faces at at Lee's Palace look familiar, and as my camera weighs down on my neck I'm certain (or at least hopeful) that I'm surrounded by old friends, lost family, and forgotten lovers.

The Walkmen's lastest album, You & Me, was originally released online with all proceeds going to the Memorial Sloan-Kettering Cancer Center and it was later released in the UK by Fierce Panda Records. But at this show, the crowd is treated to a number of new songs which The Walkmen claim to have been working on for their return to the studio - when they'll begin recording their next release. 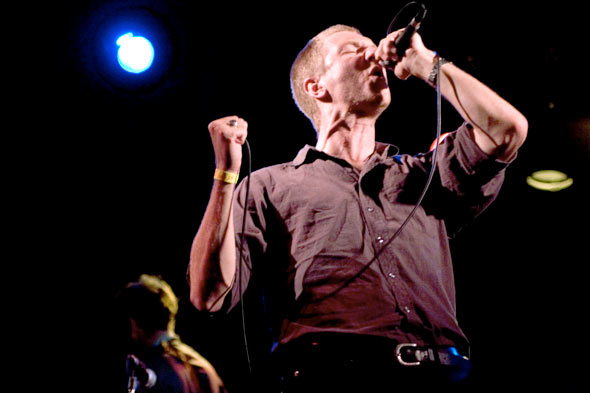 As the show begins, I find myself disappointed. The crowd seems inhibited and the energy in the performance is lacking. It takes until the second or third song for The Walkmen to win us over, though once they go they have us singing along and stumbling into each other.

The (by-law prohibited) scent of smoke begins to linger in the air in the venue, and I find myself stepping on discarded lime slices. The front of the stage is collecting more beer bottles as the night progresses. Alright, perhaps I'm not entirely surrounded by friends. The clash of people who want to move around and people who want to stand in one place makes for some awkward and uncomfortable encounters that at times soured the mood. Though they were balanced out by friendly groups offering up turns at the front of the venue, not that I wasn't more than happy to let people who wanted to dance about bump into me. 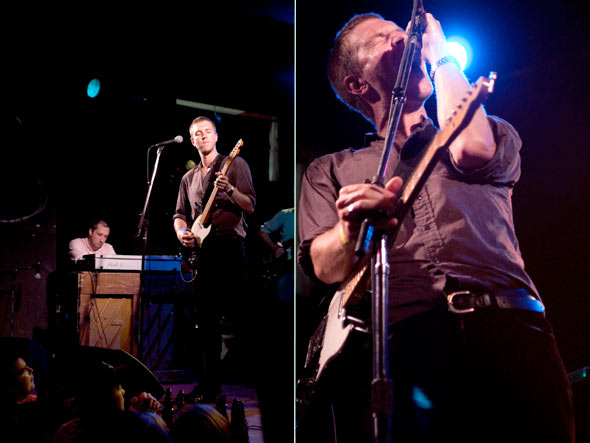 The standout parts of the stage setup are certainly the upright piano and full horn section (said to be featured on the upcoming album). However, for a band that goes to the length of having an acoustic piano provided at their gig, I feel as though it never seems to shine through in the performance, perhaps on account of the mix or choices in songwriting. The horn section, however, is in full-force and certainly a nice addition for this New York-based rock group.

The driving force that makes The Walkmen a worthwhile performance to see would have to be their rhythm section. Their drummer especially seems to be the most enthusiastic during the entire set. Without him, I have a feeling The Walkmen would somehow dissipate back into the void of the New York indie scene. 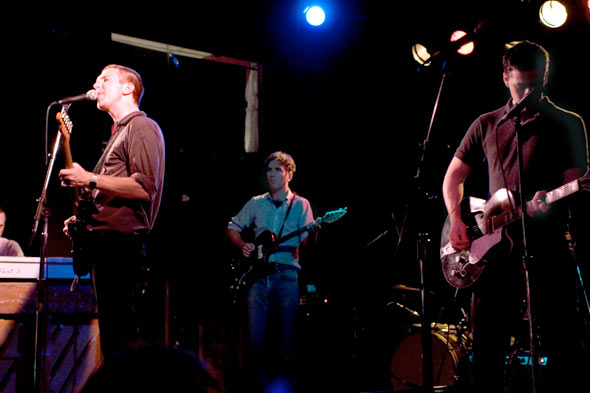 Called back for an encore by the sold out crowd, The Walkmen finish up their set and we're sent on our way as the lights raise and the house music plays soft. They had done their job and done it well, though there was something missing - there wasn't quite enough to set The Walkmen apart from any other band in their genre, and I suppose it left me wondering: what is it about The Walkmen that draws such a crowd and creates such a buzz?