Tricky's New Tricks on Stage at The Mod Club

Tricky isn't as much a band leader as he is a maestro when he performs. Which was a little disappointing at first, as the rest of the band wasn't much to look at.

At Thursday night's show at The Mod Club, the five-piece band he performed with took visual cues from him all night as he conducted them in a musical journey that lasted over an hour and a half.

It began rather dark and ominously, with Tricky himself at the back of the stage or hiding in the shadows.

It took a while before he came to the fore, bursting into the mic with his Sprechgesang rhymes and lines, captivating the sub-capacity audience.

Tricky's shirt came off almost as soon as he took his first drag of a cigarette, showing off his exposed, chiseled torso and many tattoos.

Considering The Mod Club's awesome lighting system, I was hoping that Tricky would be more illuminated throughout the show. But I guess he preferred it that way. It forced us to pay more attention to the sound, which didn't disappoint. 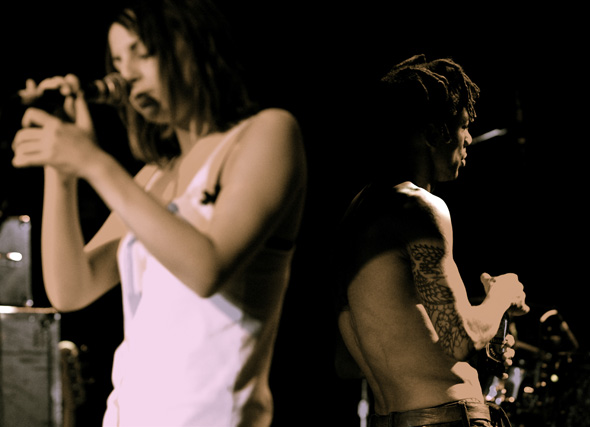 Tricky was all around the stage, but seldom at the front. At least until towards the end of the night.

His singer, a sultry but quiet young woman named Francesca, provided the vocals for most of the night. But she hardly moved from her microphone at the right of the stage. Tricky bounced around quite a bit, often taking a stance just behind her, do-si-do style. 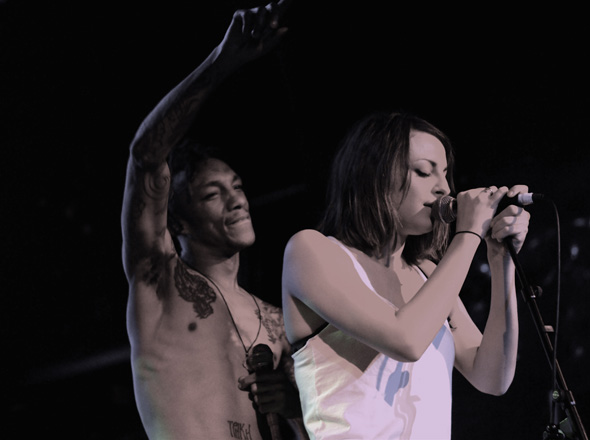 One of the peculiar moments of the night came when Tricky bopped Francesca on the head with his mic, which she took a while to recover from.

The next time after that when she took to the mic, she had a hard time not cracking up, which kept the vibe light for the rest of the set. 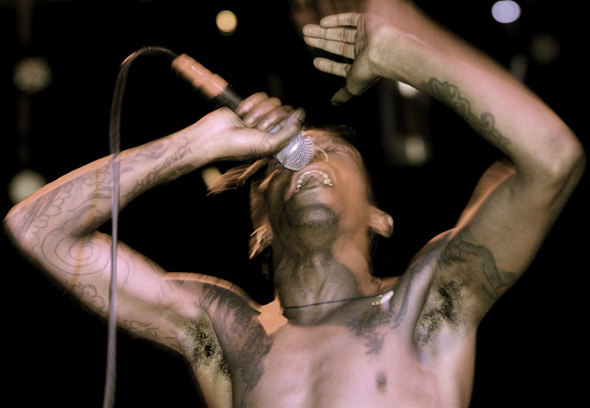 Oftentimes, Tricky would clutch the mic and use a second mic as a prop, often holding it to his chest, occasionally giving it a thump to the beat of the kick drum. 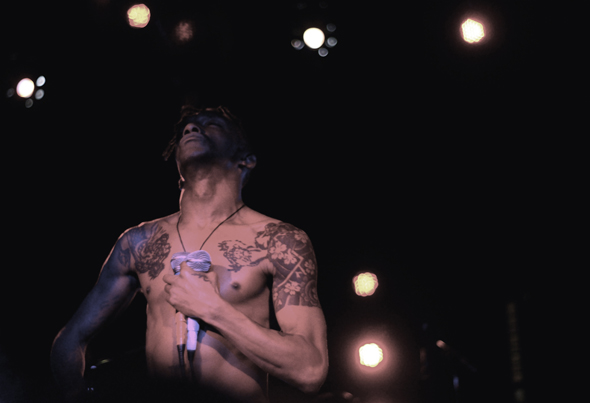 During the extended encore, Tricky came down into the crowd for an impromptu mingle with the audience while his band kept the groove. From that point onward, the energy of the place was cranked up a notch. 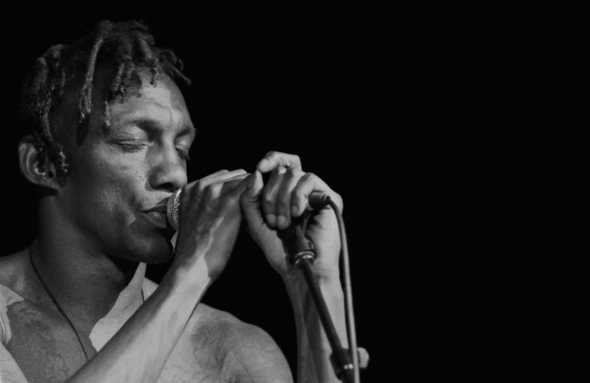 The performance, in a strange way, resonated with me long after the show.

More photos from the show in this mini slideshow below: