The Faint Upstage Ladytron at The Phoenix

It wasn't the best idea to schedule Ladytron and The Faint show at The Phoenix on the same night as another electro-pop outfit The Presets were playing The Mod Club, as many fans of one show's music likely overlap to the other.

I went to The Phoenix on Monday night and got a decent show. But I kept wondering what I was missing the same night over at The Mod Club.

Last time I caught The Faint was at Lee's Palace. The band was full of energy and excitement, and it spilled over to the crowd. This time around, with a new album Fasciination and a likely larger following, the audience was responsive and dancing pretty much throughout their set. I wondered, "Would they'd keep up the energy throughout the night once Ladytron hit the stage?" 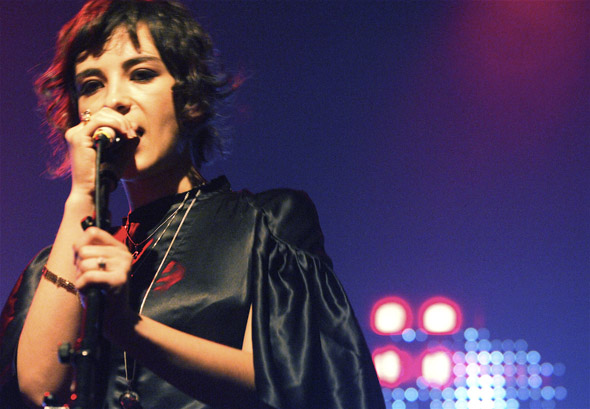 The last couple of times I caught Ladytron at a club show, the audience was typically Toronto boring. Mostly just standing in one spot, afraid to dance.

Perhaps having more fans of The Faint in the audience helped this time. I almost wished that The Faint headlined the show. There was much more energy in the air after their set. By the time Ladytron's set was over, it felt like a bit of a letdown. 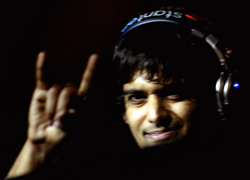 Sure, they played most of the crowd favourites, including Destroy Everything You Touch and Last One Standing as well as Runaway from their latest album Velocifero. But they relied perhaps a bit too heavily on smoke and lights to carry their live show.

At least The Faint had some decent visuals, with a large screen behind them often projecting images of their music videos.

When The Faint launched into Paranoiattack the crowd ate it up, even chanting along Paranoia! Paranoia! with their arms high in the air as the band excitedly flailed about with their instruments on stage.

By the time Ladytron got on stage, the momentum had subsided, in spite of the efforts of a live DJ, who attempted to keep the crowd reasonably upbeat with poppier tunes, such as Kids by MGMT.

There were a few dancers in the crowd, but they didn't start moving much until about the fourth song in, when Ladytron started playing 17. They should have made better use of the club's lighting system. 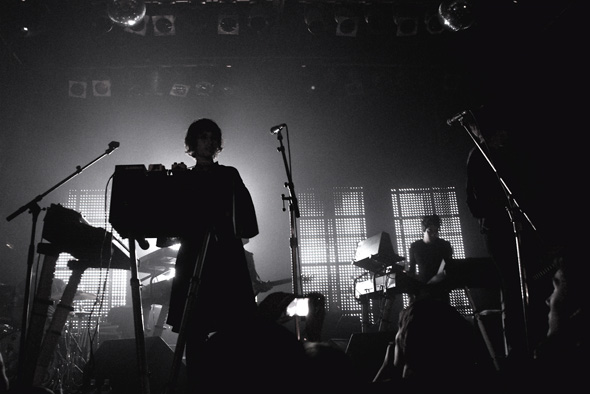 Most of the concert theatre was in the dark. Few lights illuminated the band for most of their set. There was a huge disco ball in the centre of the venue that they could've shone a light on during slower songs, instead of just using the smaller disco ball above the stage.

By the time they played Playgirl, I craved a change of scenery and made a beeline for the balcony at the back of the club, where a mostly older crowd sat quietly but intently, observing the band from afar.

I spotted a foursome of dancers off in the corner, doing their own thing, oblivious to the hand-sitters. Ladytron fans haven't changed much since the band's first show at The Phoenix six years ago. But then again, the band hasn't evolved much either.