But this is exactly the absurd mixture I witnessed last Tuesday night at The Drake Underground. And in a peanut butter-and-chocolate kinda way, it actually worked. A little G'N'R, a little gyrating on a pole, followed by some Sex Pistols.... 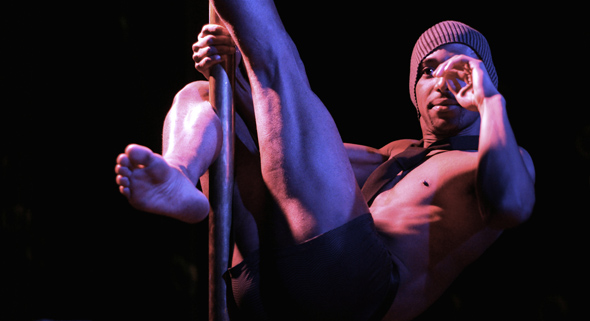 In between sets led by house band Shark Week, was some titillating pole dancing demonstrations, courtesy of Aradia Fitness.

A few times the singer on stage, or a spirited fan, decided to have a whirl on the pole in front of the stage. Classy.

Pole dancing isn't just for the gals, either.

A gymnast-like bodied guy got into some awesomely contortionist-like poses while working the pole.

Aside from the regular shenanigans and the addition of people meeting their sexy side, there were giveaways of Pear Jam's 10 reissue, with free CDs to anyone who sung a Pearl Jam song.

After seeing Matt ace an Oasis song at the last Live Band Karaoke, I thought I'd be in for a treat when he took to the stage, but his version of Eddie Vedder left me looking forward to the next pole dance all the more.

When he got off the stage, he started to appease the crowd's cheers as he made his way towards the pole.

Slowly he unbuttoned his shirt and started to undo his belt buckle, but spared us (and surely himself) the embarrassment.

After the night was through, I had heard all the Even Flow and Jeremy I could take for another 10 years.

The highlight of the evening for me was when this short, quiet young woman took the stage (pictured below) and proceeded to belt out You Oughta Know by Alanis. 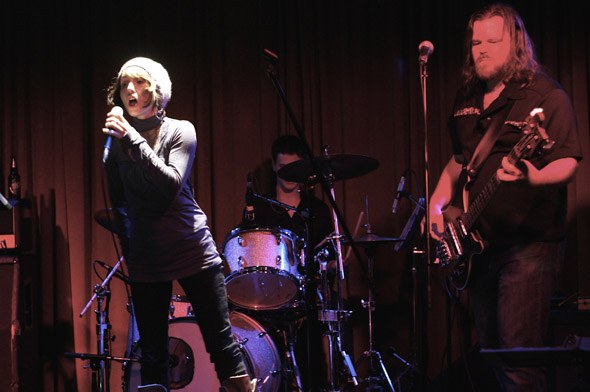 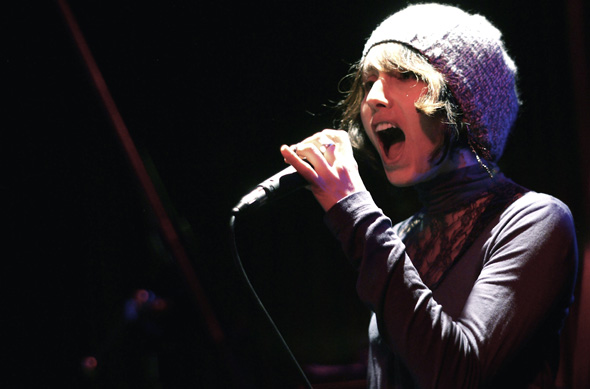 Gord Light (below, right) and his band were in fine form, in spite of several requests to play songs off their list of over 100 rehearsed songs in their repertoire. 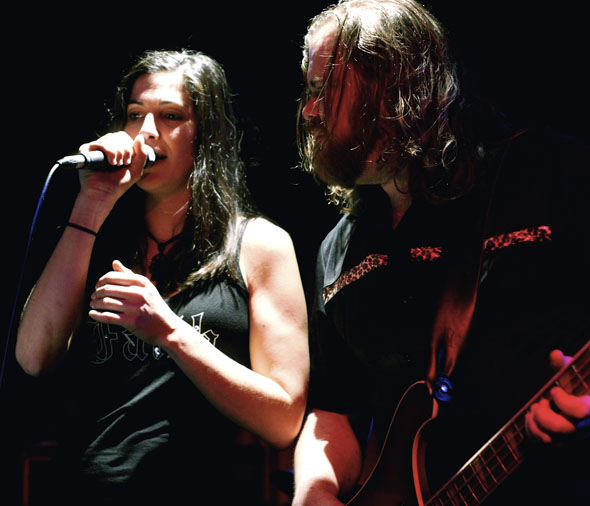 It's always good to see someone belt out a soulful rendition of Let's Get It On by Marvin Gaye live on stage at a karaoke night. Especially with a live band. 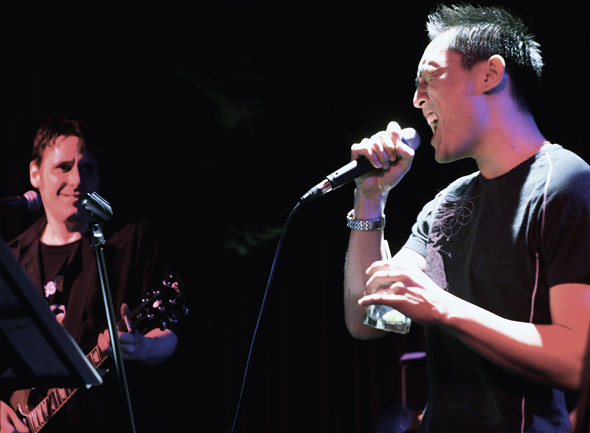 There was this one pole dancer who wore knee-high, patent leather, stiletto platform boots. I wondered how she even mounted that pole with them on. 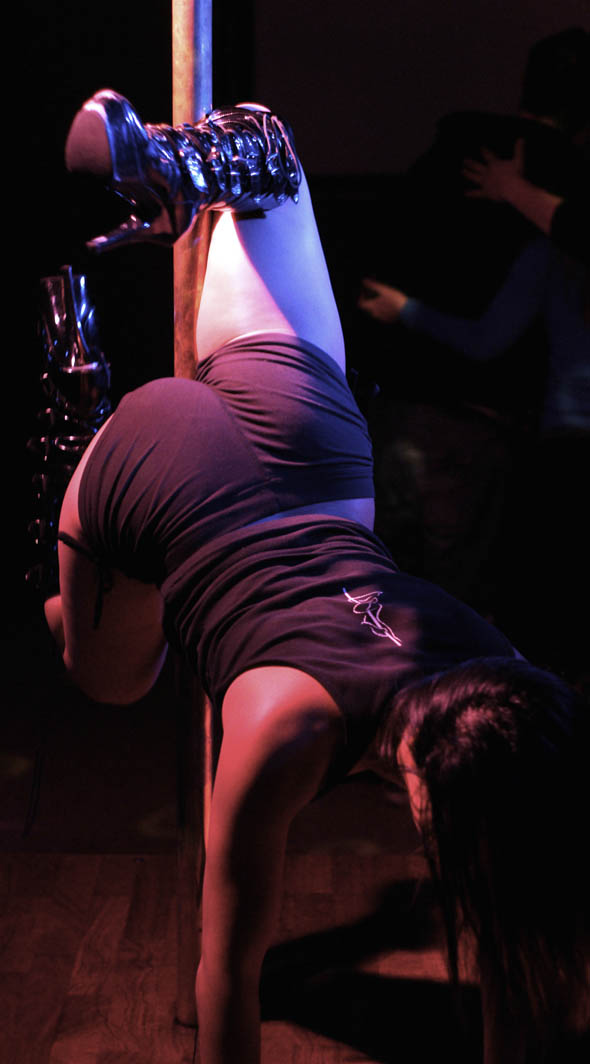 What do you think would work better with karaoke, if not pole dancing?