With another amazing Canadian Music Week in the bag, I was especially impressed with the energy radiating from the indie scene this year. Honouring the hardcore credibility of the indie segment of the industry, fans gathered this weekend at the Royal York hotel for the 2009 Indie Music Awards.

With live performances from some of the biggest indie names in homegrown music like Crystal Castles, Hey Rosetta!, and Arkells, I think the Indie Awards were a perfect way to celebrate the ambition and energy necessary to make it in the often ruthless music industry.

I was surprised to see the diversity of fans and media at the event, which combined the nuevo talents of soft rockers like The Midway State, mash up outfits like USS, and iconic metal rockers Anvil. The back room was packed with fresh faces to Canada's music scene, all hoping for some recognition at this year's awards presentation. 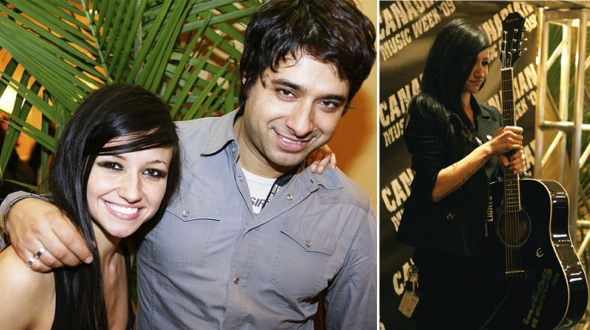 Big winners included Lights who won 2 awards including Favourite Solo Artist (pictured above with manager Jian Ghomeshi). Other notable winners included Shad for Favourite Urban Artist, Hey Rosetta! for Favourite Artist/Band Website, Protest the Hero for Favourite Punk/Hardcore Group, and Crystal Castles for Favourite Electronic Group (I know people love Alice, pictured below, however I was somewhat thankful that her vocals were muffled at the Indie Awards... CC often sounds better without her). 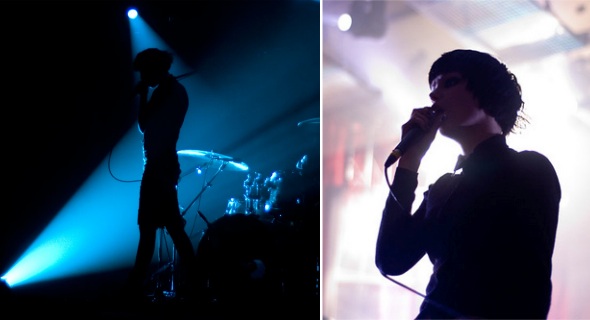 The highlight of my night was having the opportunity to sit down with powerhouse drummer Robb Reiner from Anvil, Canada's much loved yet chronically struggling indie metal icons. Having toured with the likes of the Scorpions, Bon Jovi and Whitesnake, Anvil is no stranger to the music scene. However after almost 30 years of rocking out, they are a testament to the grand 'bitch' that can be the music business.

Metal on MetalAnvil! The Story of Anvil 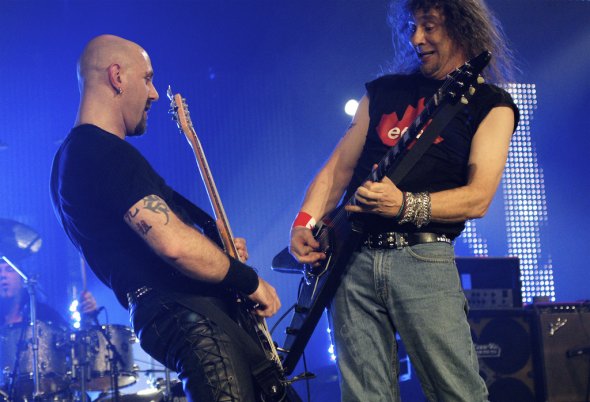 When I asked why Robb thought they deserved the Indie Hall of Fame induction, he simply stated, "We've been working hard for a long time, and we're serious about what we do. The movie is just the story of two guys who could never give up, who had a dream and would do anything to live it. We're still doing it now, and with the movie and this award... it feels good to be back in the spotlight we deserve."

My favourite performance was from Arkells, who I've been following since last year's Vfest - before their debut album Jackson Square hit the scene. It was clear that the guys were in top form and delivered a great set. Too bad they didn't win anything.

Finally I went out into the crowd, speaking with a couple of very young fans who came with a chaperon. I think the kids have the right idea about what 'indie' means: according to these 10-year olds, "Indie music is better, because it means harder working bands who don't bother with everything that makes people forget about the music." With such a wide variety of artists representing every style in Canada's music industry, the Indie Music Awards have become a must-see show for anyone trying to get the jump on our music scene. A full list of award winners is available on the CMW site.