Catching up with Hill Kourkoutis

Hill Kourkoutis is taking a bit of a self-described 'breather' right now. Since her last project (Drowning Girl) has gone on hiatus, she has set her sights on her solo project - which has been dubbed Hill and the Sky Heroes. She also frequently writes for other artists, plays guitar for Tara Slone (formerly of Joydrop), works part-time at Toronto production company The Field, and is finishing up her fourth year at Ryerson's Image Arts program. Oh, and she just directed the music video for "All For Love", the next single of fellow singer-songwriter and Torontonian, Serena Ryder.

Yes, I did say a breather.

"For me, I feel most fulfilled when I'm doing everything I possibly can with anything that inspires me," Hill explains. "I don't think it's a conscious decision. As soon as something resonates with me, I'll get out there and do it. Most of the time I'm thrown into these situations before I'm ready for them, so it forces me to be comfortable with them and really try to learn, and try to do it as best as I can."

Evidently, Hill is a pretty fast learner. Receiving her first guitar at age seven, Hill formed her first band at age twelve. She then spent those ever-formative high school years in a few different bands (and landing an acting gig on the Family channel's Radio Free Roscoe), writing songs and playing gigs, before graduating and forming Drowning Girl in 2005. Since then, Hill has played with many respected artists - Simon Wilcox, Graph Nobel and Hunter Valentine, to name a few - and is a regular at the Canadian Idol songwriting camps.

"Writing for other artists is great because you get to use a part of your creativity that you wouldn't necessarily use for yourself, so it's cool to be able to sit down and write an R&B song. As far as playing with other artists, there's something about the energy of playing live that I love and that's something I could do forever. You have to connect to all these people, and you have to be resonating on the same level."

Such an abundance of experience would suggest Hill's age to be considerably more than her twenty-one years. Her discerning, slightly surreal lyrics too suggest the mind and knowledge of someone who is decidedly much older. "Over the years, I've learned how to channel experiences and really own them to a place where I knew I could talk about them, and where it was cathartic for me, but still keep them ambiguous enough so that anybody could gain an experience from it." Her growth has not gone unnoticed, as Hill has garnered a respectable number of accolades - not the least of which includes the 2007 Canadian Radio Star National Songwriting Competition, for which she was the regional and national winner. 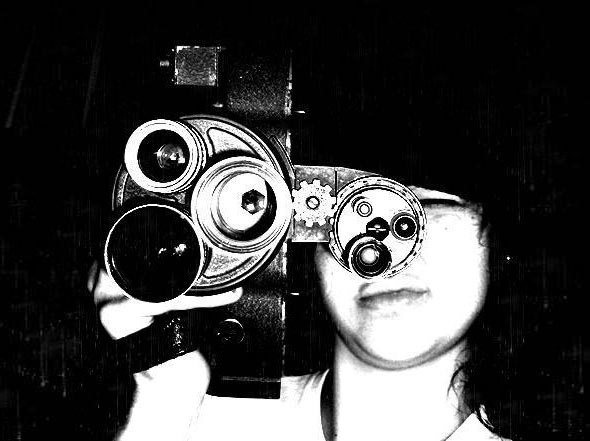 Though she is originally from the hamlet of Greenwood, just outside Ajax, Hill moved with her family to the west end of Toronto nearly four years ago - and has been immersed in the artist culture of the city ever since. "Toronto has such a tight knit artistic community. Obviously people will have their favorites and their cliques, but for the most part it's a very small town and everyone knows each other and everyone supports each other." And unlike some artists who may long to escape the confines of the city in order to create, she finds Toronto to be endlessly inspiring, "Every time I walk down the street I'll see something that I want to turn into a film, or a music video, or a song."

Even with so much going on, Hill is focused on the future - which eventually means finding a way to combine her two passions, film and music. "I'll independently do things outside of my solo project that may be more film based or more music based, but ultimately, for myself, I'd like to marry the two and make the ultimate musical cinematic experience - if it's possible."