When I got the invite on Facebook to a Brides show, I couldn't refuse - even if it meant squeezing like a sardine into the Press Club. A showcase with two other psychedelic rock bands - Place Hands and Into the Other; Brides still managed to take the medal. I've seen these guys a few times now, but there was something different about them on this particular Friday night...

Into the Other played a heavy instrumental set with wild effects, and Place Hands kept the crowd's attention glued to the stage, but there is something about Brides that draws the audience in the room every time they play a set. 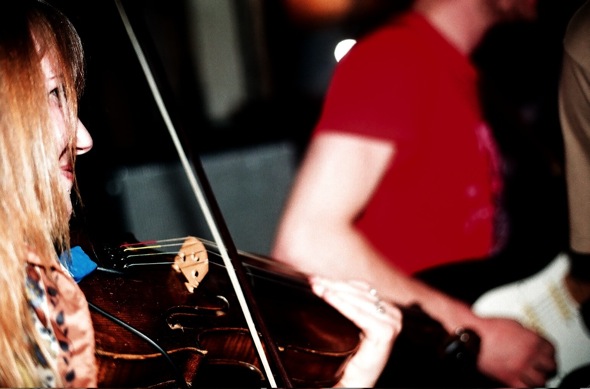 It's obvious that this crew from Guelph are extremely talented. First timers might not have noticed, but their original drummer wasn't able to make the show. Instead of backing out of their set, they decided to have their violinist/keys player Tamsen Fields take the role of drummer for the majority of their set. Even front man Elliot Jones played and sang a few songs on drums. I was so impressed at their ability to switch instruments at any given moment while maintaining the 'wow' factor that they usually do during their sets. 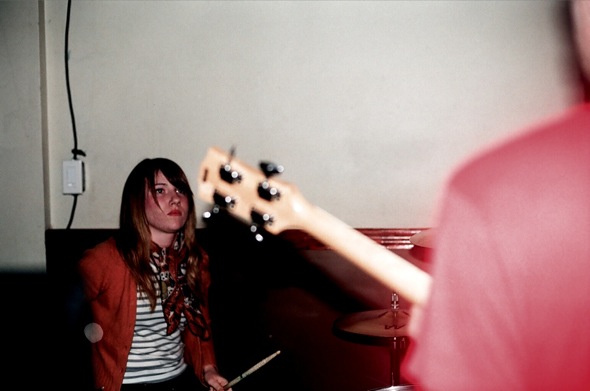 In case you haven't been to the Press Club, you should be warned that it is the tiniest venue... ever. Well maybe not ever, but it definitely falls into the shoebox category. It was suitable for a band like Place Hands, who are a loud guitar/drum duo, but for Brides, it was something else. With 6 members, it was hard to create a division between the stage and the crowd (you could imagine what it was like trying to take photos). They managed to squeeze themselves in the corner of the store and feed the audience a tight set, even if the sound system wasn't the best. 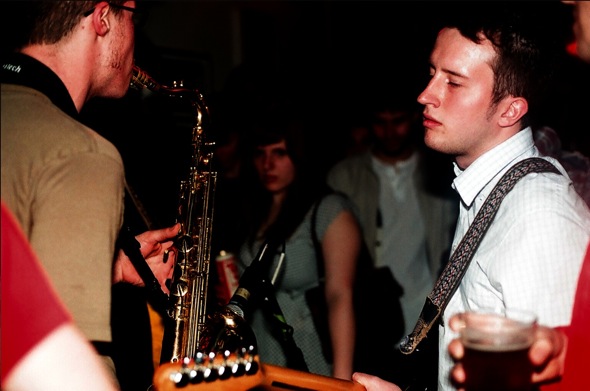 One of my favourite things about this band is their ability to perform organized noise music. Their unpredictable choppy riffs get everyone moving, and make me come back for more. The tunes on their CBC Radio 3 page don't do the live shows justice. I'm already waiting for the next Facebook invite; hopefully they'll be headlining this time so that other bands who play with them won't have to face their spotlight being taken away. 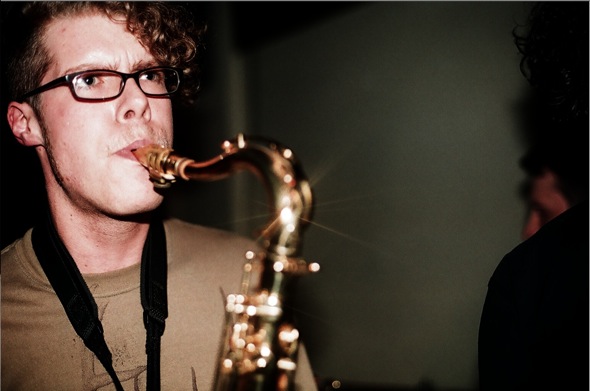