Toronto-based trio Born Ruffians and Brooklyn's Akron/Family kept me up way past my bedtime on Tuesday night at a second sold-out show at Sneaky Dee's. Thanks to these guys, I'm still exhausted. (In a good way.)

I'm just gonna come out and say it: the guys in Born Ruffians make me feel OLD. (Just for the record, I'm not actually old. I mean, sure, I chase kids out of my yard every now and then, but who doesn't? Now, where are my slippers?) Point is, these three guys have more talent in their little fingers than I have in my whole body, and I'm not entirely convinced that lead singer Luke LaLonde is legally allowed to drink. 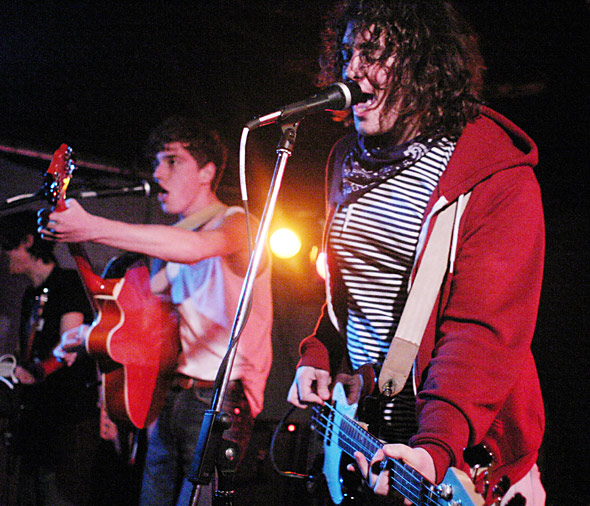 Born Ruffians were definitely crowd-pleasers, playing a set laced with energy and fun. Near the end of their performance, they launched into this incredible alt-country inspired tune - maybe I'm just a sucker for a bit of twang, but I absolutely adored it. 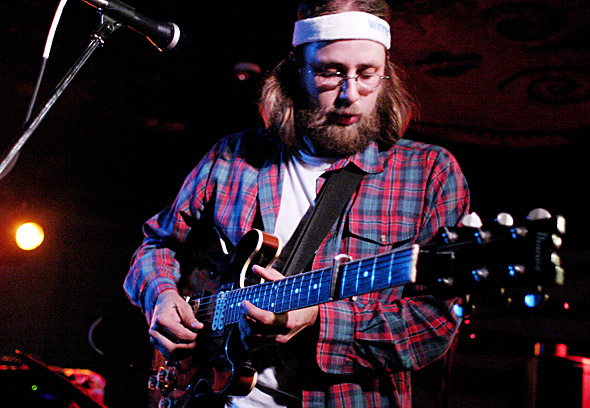 Cross American Freak-Folk with edgy, experimental rock and you get the basics of Akron/Family. Dana Janssen, Seth Olinsky, and Miles Seaton form the band, which has its roots in NYC and Williamsport, Pennsylvania.

Before the band even got started, they hitched a wacky, tie-dyed representation of an American flag to the back of the stage. I've seen it before; it's one of the first visuals that grabs you when you visit their website. The band has an image more ingrained than cultivated - live, they give off a completely genuine, confident vibe.

I've heard the latest album, Set 'Em Wild, Set 'Em Free, in full (though I think it officially gets released in May), but I'd never seen these guys live, so I wasn't sure what to expect, or how a sound so diverse and experimental would translate to live performance. Brilliantly, as I found out.

These guys go beyond beard rock, with atypical harmonies, complex guitar riffs and a kinetic groove. River, one of the catchiest songs off the new album, was probably the biggest hit with the crowd (and me). 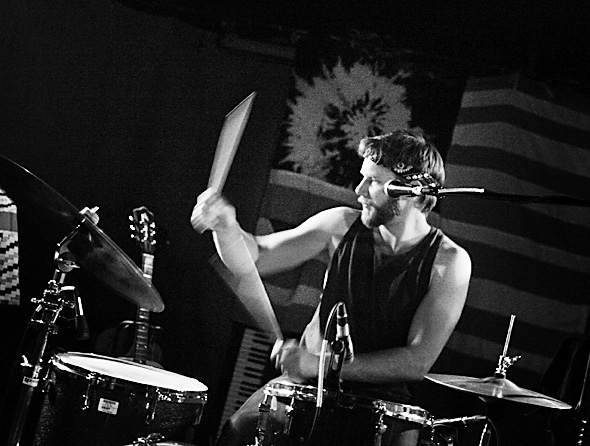 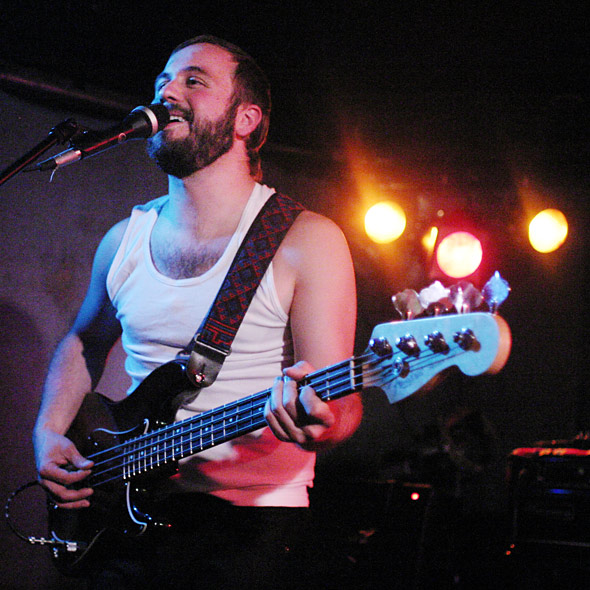 Both Akron/Family and Born Ruffians managed to bring together a mass of sweaty bearded dudes and hip kids alike, and everyone was sent home satisfied. No additional Toronto dates announced for either band just yet, but they're sure to be back again in the near future.