A Night at the Opera House with the Tindersticks

UK band the Tindersticks have been around forever (well, since '91 - forever to me, anyway). They returned to Toronto for the first time in over five years on Tuesday, playing to a fervent audience at the Opera House. 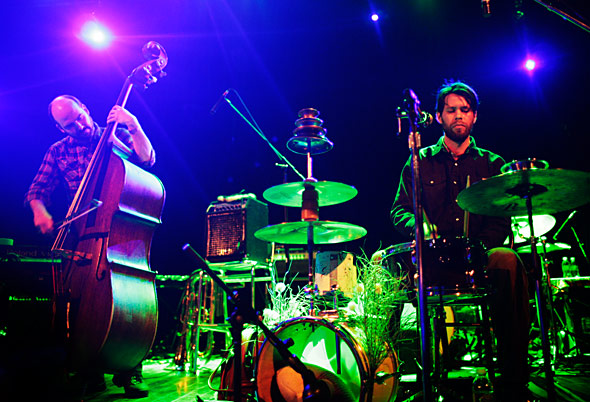 Opening act Elfin Saddle was completely new to me, and their quirky, experimental melodies won me over pretty fast. The Montreal-based band includes Emi Honda, Jordan McKenzie and Nathan Gage. Emi and Jordan handle the vocals and percussion, and Nathan joins them on tour on the upright bass and tuba. Their sound is probably best described as ethereal, twinning Japanese folk songs with modern and sometimes wacky instruments. (Thanks to Emi, I now have a burning desire to learn how to play the musical saw.) They were a perfect accompaniment to the hauntingly slow set to follow. 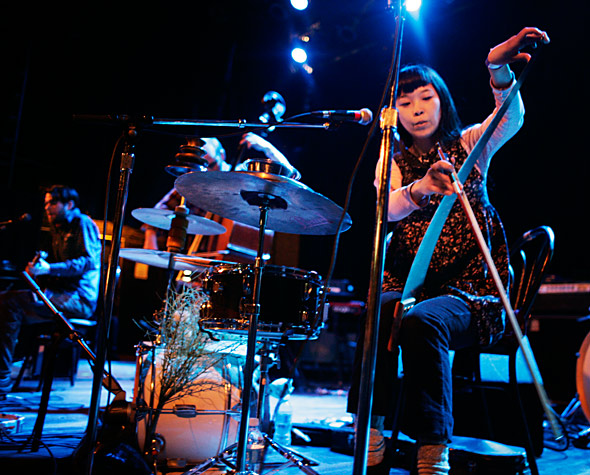 The Tindersticks have their own cult following, well-represented Tuesday night by the Toronto contingent. It's the way I love to see shows, surrounded by people who are there because they need to be there, as opposed to a crowd that just wants to drink beer and hear a few tunes.

Their most recent album, The Hungry Saw, was released in Canada mid-last year, and the band played much of the newer material, including the incredible (if oddly titled) Boobar Come Back To Me. Older songs from albums Waiting for the Moon, and their self-titled 1995 release were received with equal enthusiasm. 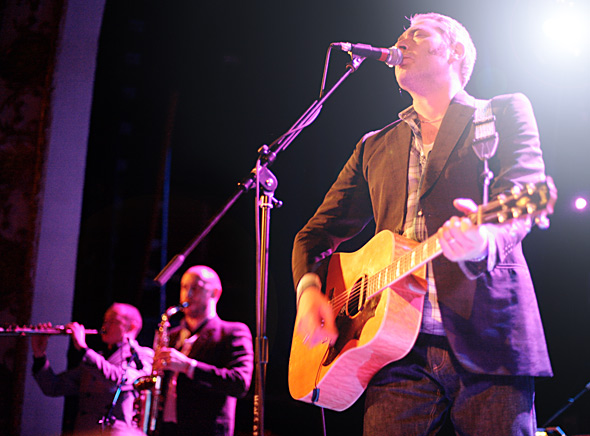 Staples has a voice that'll freeze your feet to the floor - it's vaguely Bowie-esque in tone, and the definitive aspect of their musical style. He was backed up by a varied array of instruments, including cello, saxophone, guitar and piano, which in combination with his trademark vocals, created an almost melancholy, devout atmosphere. Definitely a show that asks you to stand back and really listen. 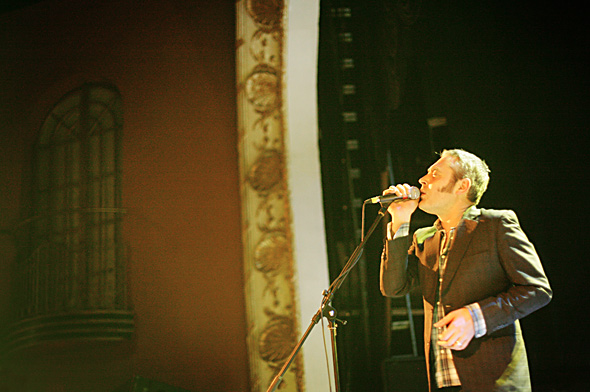 I did get the sense that the audience craved a bit more interaction and intimacy from the band. As it was, the Tindersticks were impressively focused on their instruments, and lead singer Stuart Staples said very little to the crowd other than "hi" and "thanks" every now and then. It's this level of seriousness, however, that accentuates their live performance, allowing the music and mood to really soar. 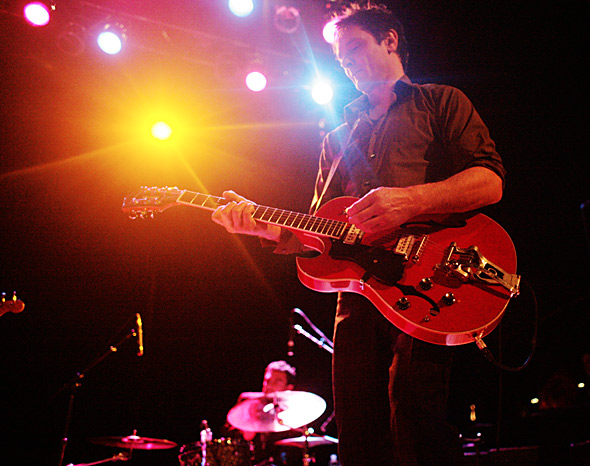 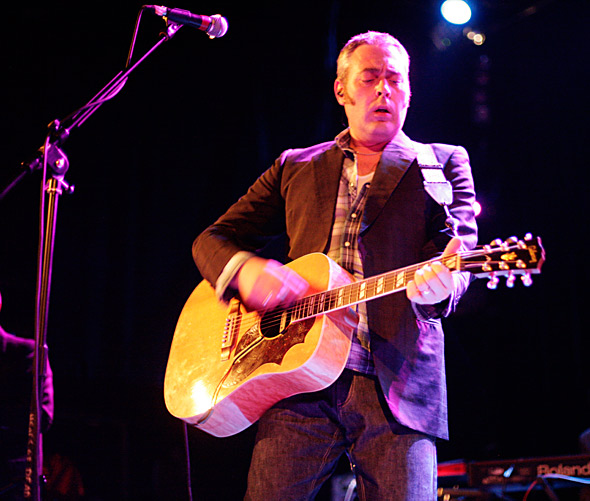 I like how these guys have managed to stay under the radar for so long and keep their sound so focused. There aren't any compromises when it comes to the music of the Tindersticks: it's been just pure integrity and expression from the beginning. Their tour continues on until March 15th with a few more American dates - hopefully, we in TO won't have to wait another five years to catch them again. 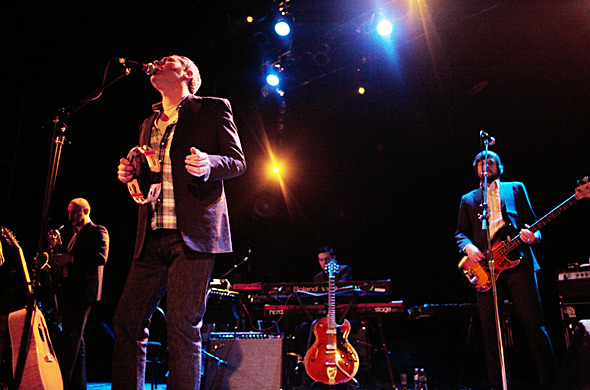