The Arkells and The Waking Eyes Tear up the Horseshoe

Now, I love me a good, squishy, sweaty crowd most of the time - it keeps the energy level sky-high. On Friday night though, the Horseshoe was packed tighter than I'd ever seen it. A double billing of Winnipeg's The Waking Eyes and Hamilton's the Arkells brought out every 20-something indie music fanatic within city limits. Drunk guys take note: shoving and groping fellow show-goers makes you a rude Gus. 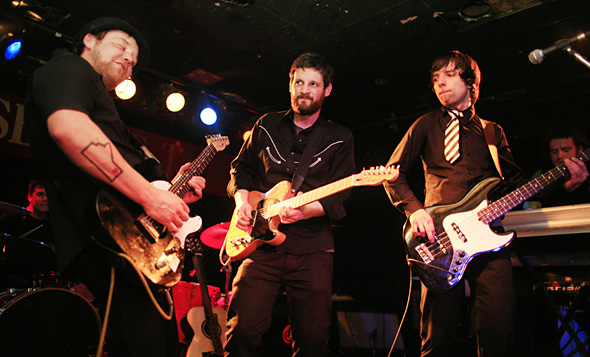 First up were The Waking Eyes. The band formed in Manitoba back in 2001 and have toured extensively since then. This experience shines through when they play live; their sets ooze freshness and enthusiasm. Their distinctive 1970's layered rock sound, cultivated on their newest album, Holding on to Whatever it is, segues perfectly into playing on stage. Live, they're electrifying. 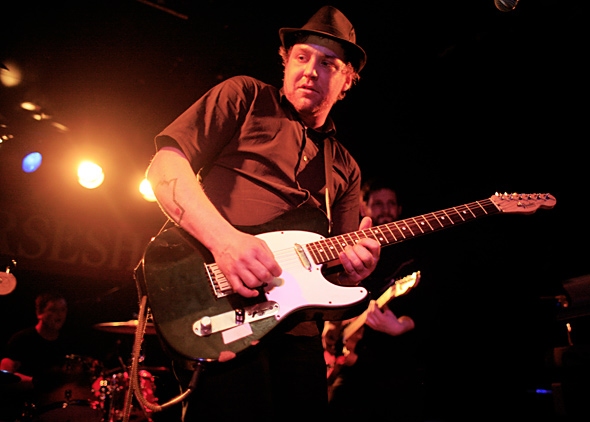 Rusty (best name ever) and Matt are the main vocalists, with Steve on drums. Joey Penner plays bass with such intensity that my bass-playin' pal was completely in awe. And is it just me, or does he kinda have a Luke Skywalker thing going on? Maybe it's the hair. 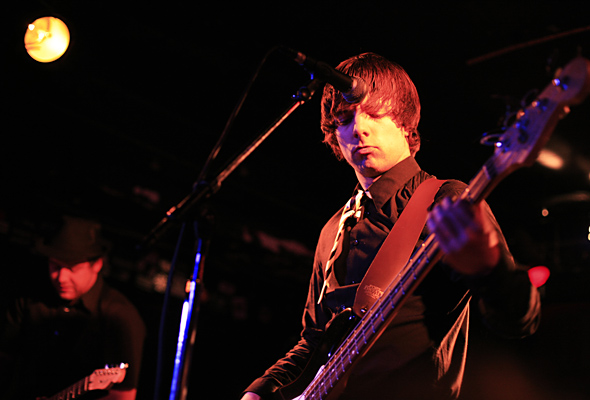 The Arkells took to the stage just after midnight. They started off with a story I heard from the bouncer on the way in: during the opening act, some schmuck nabbed one of their guitars and took off running down Queen Street. Horseshoe security managed to catch him and save the night. (Bad news came for The Waking Eyes too -- their van was towed that night and ended up somewhere on Yonge Street.) 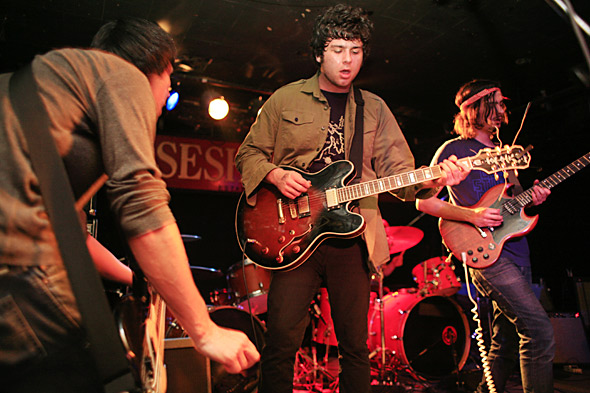 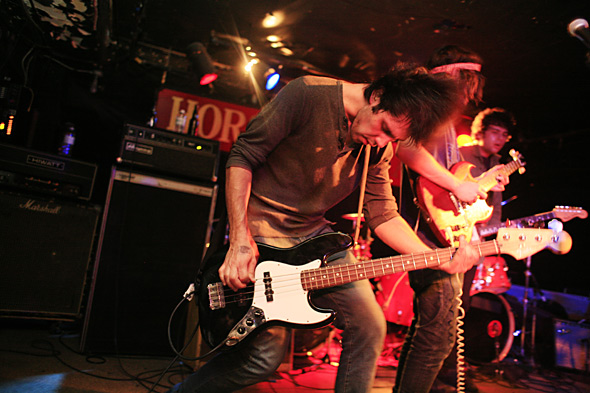 Watching the Arkells play live is exhausting in an awesome way. These guys play with such a frenetic energy that you can't help but get sucked into their performance. Their level of professionalism is just crazy - around the start of the show, frontman Max Kerman's guitar strap let go. This guy was able to keep singing without missing a single beat. 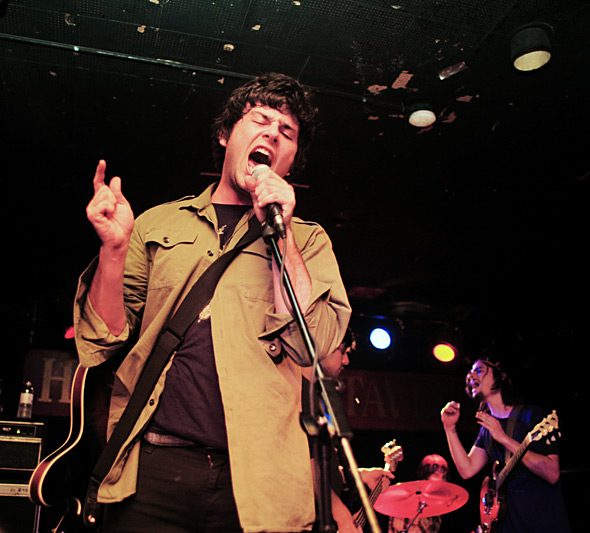 They belted out most of the tunes from their album Jackson Square, including the hands-down crowd favourites, John Lennon and Oh the Boss is Coming. The Arkells' sound is slick and ambitious, with a high level of musicianship that shows whenever they get up on stage. Their blues-meets-indie sound resonates thoroughly with the audience.

Live, Max's voice carries loud and clear. The rest of the band, including Dan Griffin on keyboards, Mike DeAngelis on guitar, Nick Dika on bass, and Tim Oxford on drums, merge together almost flawlessly. It's pretty easy to see why these guys are right on the verge of making it big. 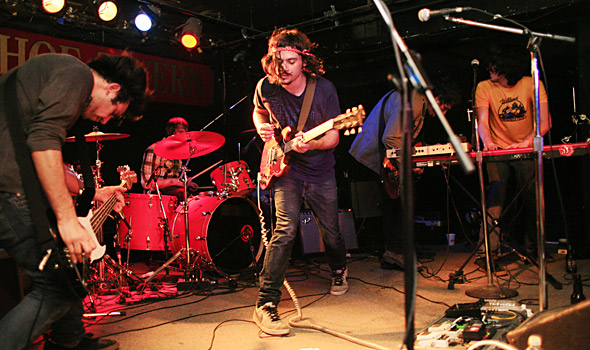 The Arkells and The Waking Eyes are continuing their Canadian tour over the next month, with stops through Ontario to BC. 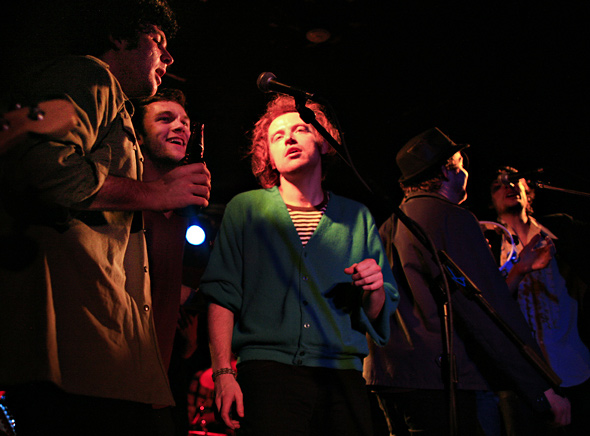