There's nothing quite like the rush you get singing on stage with a live band.

While I'm no Canadian Idol, I had a blast at The Drake Underground Tuesday night, performing in front of a lively crowd of mostly strangers, backed by Live Band Karaoke's Shark Week, comprised of some members of White Cowbell Oklahoma.

Self-described as "the hardest working band in karaoke," Shark Week offer a pretty impressive repertoire of about 40 songs.

The list is somewhat limited to classic rock. Having been transplanted from The Bovine by way of Tattoo Rock Parlour, this makes a lot of sense. This is a semi-regular last-Tuesday-of-the-month event that may become a twice-a-month gig if it gains momentum.

After a modicum of liquid courage, I decided to take the stage. I chose to sing Billy Idol's White Wedding. I was surprised how easy it was up there. There was a lyric sheet on a music stand, but no screen with a bouncing ball to follow. 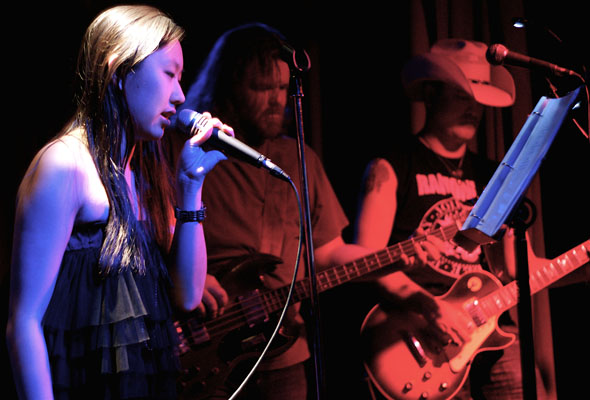 Gord Light, the guitarist dude to my left, gave me a count-in to ensure I came back on cue each time, and I felt like a rockstar up there, even if only for a few minutes.

I was surprised how well I was received, as the crowd rocked along, dancing as I gave my best Billy snarl and rock pose. 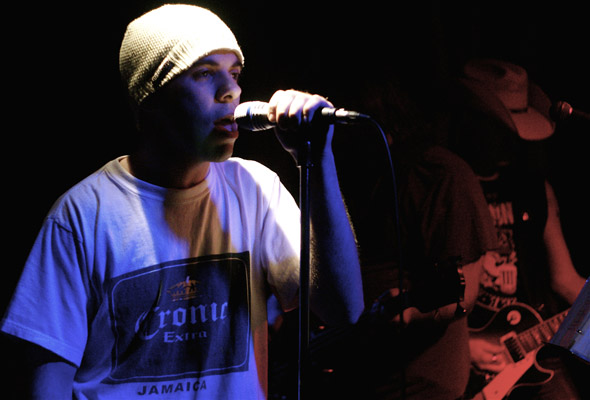 Matt singing The Police's Message in a Bottle.

The fun begins at 9 p.m. and is PWYC. Drink and food specials help you get in the right frame of mind to rock out. The next Live Band Karaoke is scheduled for March 24, so keep an ear to the ground, or face to the book.

So spend the next few weeks' showers sharpening up on your Bowie, Journey, Nirvana or AC/DC and get ready to hit the stage with a live band.