Music retail stores are not long for this world. If they aren't downsizing or going out of business they're paddling violently against the acrid current of iPod culture.

Tim Oakley is trying to turn the tide. Born and raised in Barrie Ontario, he was a "music nerd" in high school.

"There were about six or seven of us. We were really into East coast pop rock; Sloan, that kind of thing."

He came to Toronto to study English at UofT; he got a part-time job at HMV to pay the bills. A couple years later he ran into an old friend working at Sonic Boom, an independent Annex music store. She got him a job there the next day.

"When I started working here there were these huge empty windows at the front. Labels would occasionally send us banners and posters to promote their albums; they all ended up in the basement. I was like 'c'mon! Let me have a crack at the display.'"

If you've ever sauntered by Sonic Boom and wondered who designed their huge, hand-made window displays...it's Tim, the visual merchandiser. They are something to behold; he takes a new album, reinterprets the cover artwork and creates a three-dimensional rendering of it.

"We never contact the labels or the bands beforehand; it's usually just as simple as 'that's a cool album cover, let's do it.' Labels used to pay for window displays, but now it's like pulling teeth to get them to send us anything we can use. I don't think the artwork itself has suffered since the rise of mp3's; if anything it's gotten better. Bands are working really hard now to catch your eye. It's just the promotion side that's fallen back."

Tim has a workshop in the basement where he paints and builds the displays; he makes sure they aren't too slick so "people will know they're handmade". His modus operandi includes finding the artwork on Amazon.com, blowing it up on a transparency and painting in the details from a Masonite reproduction.

"Someone told him that I had done the display. Chad was like 'whoa, man that's so good' and started patting my back. I was like 'whoa, thanks!' and I hugged him, but everyone got quiet and it became really awkward."

The in-store concerts are part of a grander scheme to get people into the music emporium; Lioness is coming on October 14th, and Jay Reatard on the 16th.

"We're certainly losing money on the in-store concerts, but it's a great way of meeting musicians we wouldn't necessarily get to. We realize we have to keep evolving or we'll end up in the same position as every other C.D. store in the neighbourhood...closed." 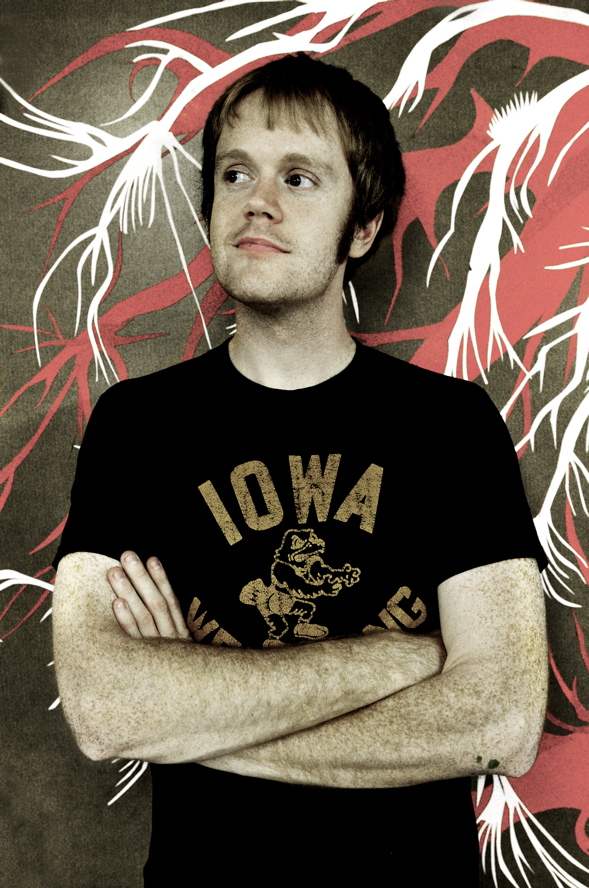