One half of the Sasha and John Digweed DJ duo appeared at the Kool Haus Friday night, but most of the crowd didn't seem to mind.

Attendees were each given a free drink ticket and voucher to Saturday night's Steve Angello & Sebastian Ingrosso gig at The Guvernment to help make good for the mishap.

While this doesn't quite make up for having

The friendly bouncers at the Kool Haus greeted the 1,900 or so attendees with the disappointing news, which was further explained on a one-pager at the coat check. It appears as if Sasha Digweed left his passport and/or visa in his checked baggage, which got lost en route to the Toronto show.

Details in the "official excuse" after the jump.... 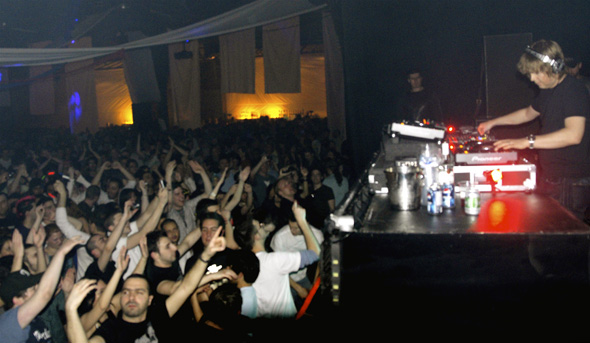 "DUE TO LOSS OF BAGGAGE WHICH INCLUDED NECESSARY TRAVEL DOCUMENTATION (sic), WHICH WE ARE STILL IN THE PROCESS OF TRYING TO RECOVER, SASHA WILL REGRETFULLY BE UNABLE TO BE (sic) IN TORONTO TONIGHT TO PERFORM WITH JOHN DIGWEED. WE DEEPLY APOLOGIZE FOR THIS GREAT INCONVENIENCE, AS IT IS UPSETTING FOR US ALL. SASHA IS VERY DISAPPOINTED AND APOLOGIZES TO HIS FANS AND LOOKS FORWARD TO RETURNING TO TORONTO FOR THE KOOL HAUS ORGANIZATION AS SOON AS POSSIBLE." 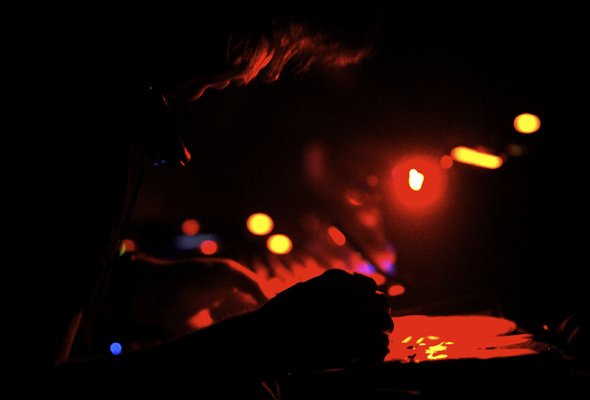 With one half of the reputable dynamic duo, the night seemed to lack the slick production that some fans anticipated.

Perhaps DJs have now lost their previous cult status from helping establish the progressive house and trance genre about 10 years ago. After all, times change and audiences mature, right? 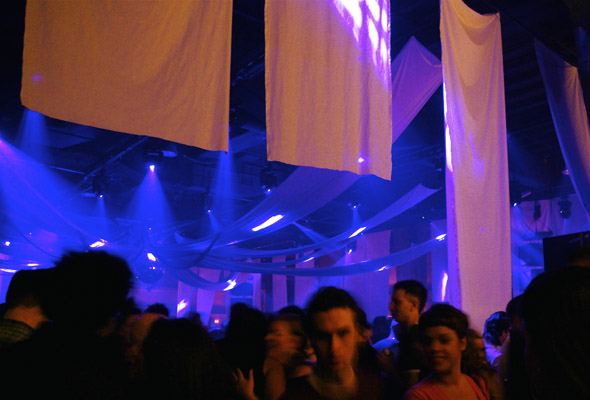 Still, there were throngs of fans facing the DJ and sort of dancing in a packed crowd for most of the night, under the tent-like cloth canopy that decorated the Kool Haus.