In a recent article published by Filter Magazine, Tristan Staddon stated quite simply that "Feist's silhouette is flawless", making reference of course to the cover art of her new album, The Reminder. All I can really say in response is that after Saturday night's second of two sold out shows at Massey Hall, she isn't half bad completely covered in sparkles either. Calling the outfit her "razzle-dazzle", Ms. Leslie Feist lived up to its extravagance for close to two hours, as graceful and passionate as ever, and with a little help from some lesser known friends... 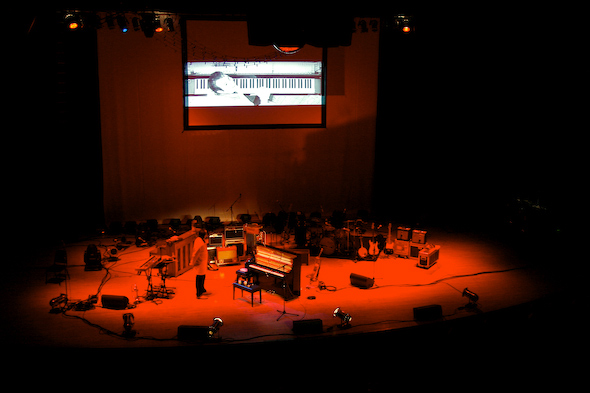 A personal highlight for me was "Chili" Gonzalez' opening set, which seemed to walk a fine line between eclectic musical performance and full blown comedic act. While an overhead shot of his piano keys were live-projected above for all to see, Gonzalez (dressed in white gloves and a lab coat) showed an obviously surprised crowd how truly versatile the piano really is. Between each of these musical eruptions, he would dive into one-way conversations with the audience that were equally entertaining as they were obscure. At one point, he felt he needed to explain why he left North America in favour of Europe some years ago, and he thought the best way to do this was to read off a list of the scathing reviews he'd received here before leaving. Immediately we all understood.

It was just what we needed to get the evening going. Now for the main event... 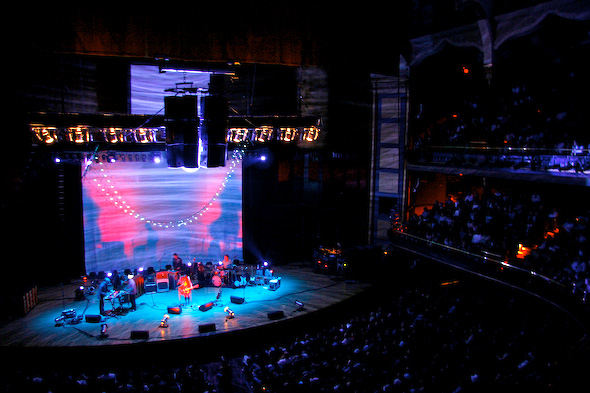 The lights dimmed, and the crowd cheered. Then, as the opening chords for Honey Honey rang in, the lights hit Massey Hall's gigantic disco ball, projecting hundreds of tiny blue stars all over the crowd. The whole room gasped. We were somewhere else. For anyone who has yet to hear Feist perform live, I cannot stress enough how little her albums do her true justice (from a vocal and performance stand point). As great as she does sound on the albums, after a show like last night's you realize that this is an artist made to play live. 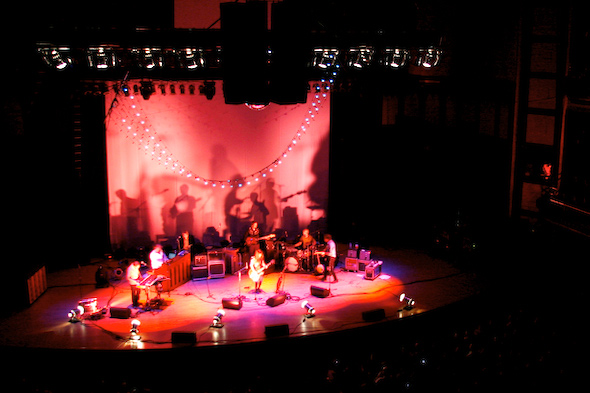 Diving in and out between new rockers like My Moon My Man (definitely a new crowd favorite) and more soothing offerings like The Park (at least half the audience had shivers during this song, i'm sure), Feist flawlessly showed her versatility and her passion for playing music that people can't help but love. The concert didn't lack showmanship (or showwomanship) either, with spotlights shining at stage level, creating a sort of multilayered shadow show on the white backdrop behind the band, reminiscent of her memorable performance in the Broken Social Scene video for Almost Crimes. 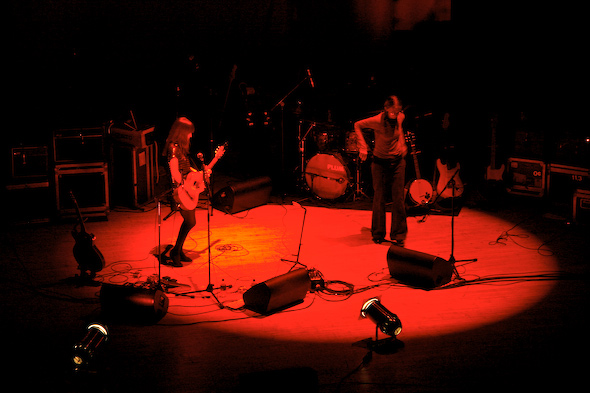 As with most memorable events, I find that it was the little things that made the show for me; when the band went silent and Feist pounded her foot to the ground to keep the beat going... the layered vocals she recorded live to mimic the sound of birds chirping in the morning... and of course, the addition of a tap dance number was just magical. Small details? Maybe. But these were the little things that made you just sit back in your seat and smile. The details of a true performer. 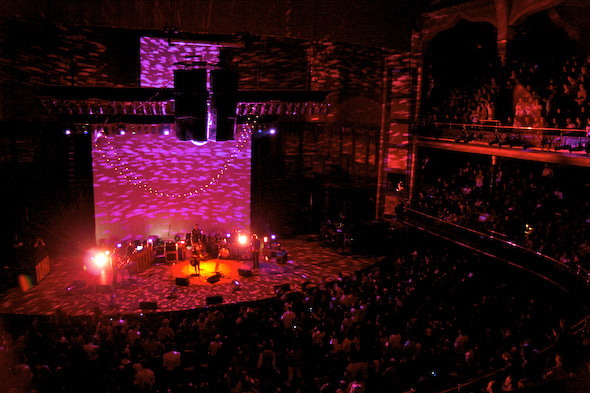 I posted a review for the Explosions in the Sky show at the Opera House a while back in which I voiced a slight disappointment/confusion over the lack of an encore. Well, I think the universe made amends with me on Saturday night, because Feist walked back on stage for not one, but two encores. Surrounded by twinkly lights from the disco ball once again, she eased into the final sets with Intuition, then to Sea Lion Woman, and Let it Die... then finally closed the evening with her "last call" so to speak, Brandy Alexander.

During the first encore I found that if you focused solely on her (which was pretty much impossible not to do) it appeared as though she was floating in space... stars revolving all around her. To say that I, as well as others that I spoke to that night, enjoyed the show is an understatement. I've already over-explained how awstruck the crowd was that evening, so I think I'll leave it simply at this: she made a lot of people truly happy this weekend, and that is an amazing thing.