Things aren't looking good for Rob Ford's approval rating. Just over a quarter of people (26 percent) questioned in a new Nanos Research telephone poll said they would vote to re-elect the mayor. 56 percent of those asked said it was time for a change. Does this sound about right?

How would you feel about the city closing some downtown streets on the weekend and during other quiet times in favour of walkers and cyclists? "Ciclovias," as they are known in other cities, promote physical activity and in many cases generate a boost for local businesses. John Lorinc discusses the idea further for the Globe and Mail.

West Queen West is getting a new arts hub in a former library building at Queen and Lisgar. The Theatre Centre, a charity that provides performance, studio, and development space, will officially start renovations on the 104-year-old property at a press event on Thursday scheduled to be attended by Rob Ford. Yep, that's right, Rob Ford is attending a vaguely arts-related event.

A large part of the GTA saw frost last night, which officially means summer's over. Hope you packed an extra layer of fat over the Thanksgiving weekend, you're going to need it this morning.

The owner of a historic George Street building gutted by fire last Thursday has told the CBC he blames squatters for the damage. Frank Mancini admits his buildings are in poor shape and local councillor Kristyn Wong-Tam has indicated the city might be prepared to take him to court over the matter. Many of the homes on that portion of George Street are historically significant. Should the city take legal action over neglected heritage properties?

Is Toronto on the doorstep of greatness with the new Mirvish-Gehry development? Conrad Black seems to think so. In a comment piece for the National Post, Black says Hogtown is ready to become a major world city while Montreal (and Quebec in general) is shooting itself in the foot with its tax and language laws. Have a read. Do you agree?

Finally, here's a special long weekend edition of "Guess the Intersection." Can you place this location from the archival photograph? Answers below, please. 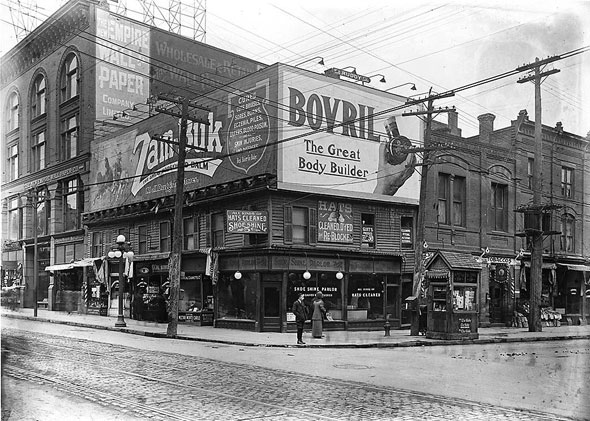 Northeast corner of Yonge and Shuter. Try the next image. 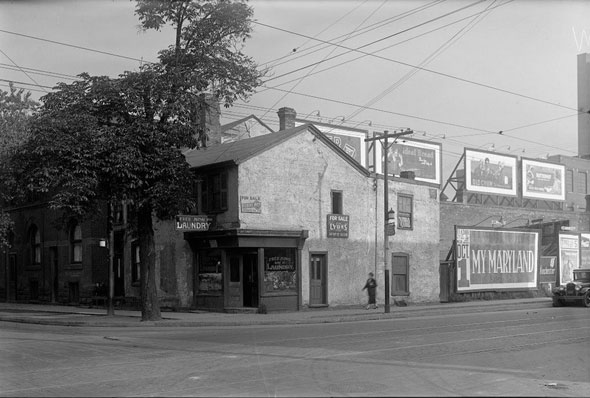 Can you place this laundry? Answers below.IN OTHER NEWS: