It's Election Day in Ontario. As such, there's a bunch of news stories related to the race that's been dubbed 'too close to call'. Here are a few... Some key races to keep an eye on in our neck of the woods: Eglinton-Lawrence (with PC Rocco Rossi vs. Liberal Mike Colle) and Don Valley West (with Liberal Kathleen Wynne vs. PC Andrea Mandel-Campbell). Just based on these examples, it looks like it's going to be a tight race between McGuinty's Liberals and Hudak's Tories. Don't forget to vote!

This is just gross. NDP volunteers at the Toronto Centre headquarters were greeted with a pile of cockroaches on Wednesday. This is the third time the creepy crawlers have been "delivered" to the NDP headquarters. The first incident happened a month ago. At first, it was believed the cockroaches might have been a simple infestation, but now it seems the NDP is being targeted.

Kevin Clarke is back in the political game. Well, sort of. The well-known homeless man, who consistently runs for Toronto mayor, has decided to up the ante and has his sights set on Layton's former federal riding Toronto-Danforth. Although he's also running in today's provincial election under the brand new party, the People's Political Party of Ontario, he says he won't be too upset if he loses today; he's going to really "push it" for the next federal election. 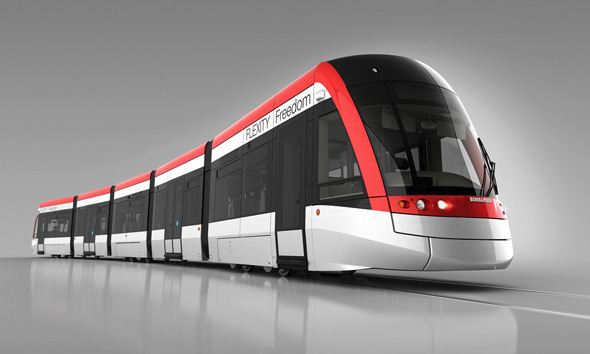 A new image/rendering of the LRV for the Eglinton Crosstown line has been floating around the internet (i.e. on places like Reddit and Urban Toronto). It's pretty sweet and Euro-looking, and also gives an idea of what the TTC's new streetcars will look like, though they'll be a bit different (doors on one side, only one driver cabin, different width).

How about this for creepy irony? Jacques Tremblay, chairman of the discipline committee for the Ontario College of Teachers, resigned Wednesday due to controversy surrounding his 2008 book, "The Sexteens and the Fake Goddess," a soft-porn novel for teens. Makes you wonder what he felt was "inappropriate" as a so-called disciplinarian.