Morning Brew: This apparently Ain't a Sustainable Bookstore, another plane crash near Buttonville Airport, security sweep at Allan Gardens, have you seen this cat?, John Tory supporters pushing him to join mayoral race

After serving Toronto's literary buffs for 30 years, This Ain't the Rosedale Library, a beloved bookstore in Kensington Market, has been closed on a court order because it owes a whopping $40,000 in rent. Even after moving from Church Street to a smaller shop in the market in 2008, it appears that the times are too tough for the indie booksellers, despite their best efforts and highly cherished status in the community.

For the second time this month a small plane crashed near Buttonville Airport. Yesterday evening, a Cessna operated by an aerial advertising company went down and crashed in a ball of fire in a vacant parking lot, killing the pilot.

The G20 integrated security team is keeping busy. The fence is nearing completion and, in advance of today's planned "All Out In Defense of the Rights of All" protest, RCMP and Toronto Police were up early conducting a sweep of the area around Allan Gardens. With just a few days until the circus rolls into town, we can expect to see a lot of police activity in the city in the coming days.

Not your typical missing cat poster: 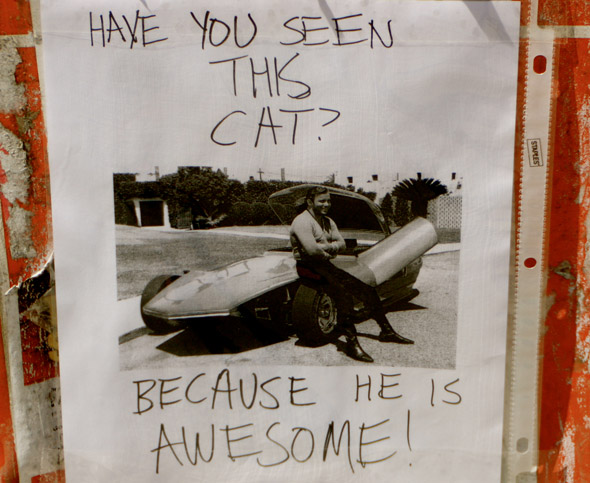 On a more serious note, have you seen this cat? 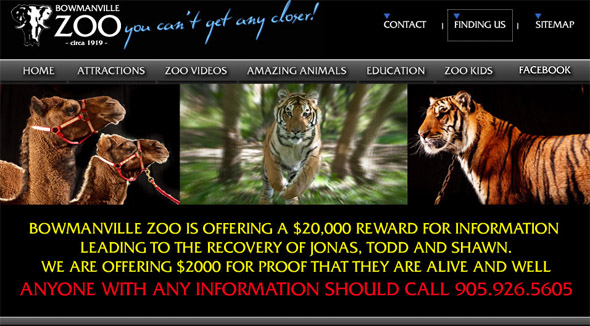 Officials at the Bowmanville Zoo are looking to the public for assistance in finding a missing tiger and two camels, and are offering a sizable reward for information leading to their recovery. The animals were returning from a west coast circus and disappeared from a motel parking lot in Quebec when the pickup truck and the trailer carrying them were stolen. The truck has been found, but the trailer and the animals have not yet been recovered. Animal welfare advocates are doubly peeved by these circumstances.

Although he's said he would run for mayor then said he wouldn't then said he might then said he's no longer considering it, John Tory has his supporters. One of the latest efforts to convince him to run for Toronto's top job (in a field of candidates that many are not exactly enthused about) is JohnToryForMayor.com -- a petitioning web site collecting names and email addresses of those who'd like to see him join the fray.

And here's what blogTO was up to this action-packed weekend in Toronto:

Photo: "The Big Brother is watching..." by picturenarrative, member of the blogTO Flickr pool.