The Witches Brew in Kensington Market retails craft kombucha, which for the uninitiated is that subtlety effervescent beverage made of fermented black or green tea, which has become increasingly common in health food stores across Toronto. It's a drink that originates in ancient China and is steeped in claims of health benefits.

Admittedly I'm not well versed in this stuff and am still slightly skeptical about any and all of its supposed virtues. In a handful of past experiences trying kombucha, I've found the flavours to be wildly divergent - one time I found it akin to drinking a cup of lip puckering vinegar, while another time it was all "notes of cough syrup". 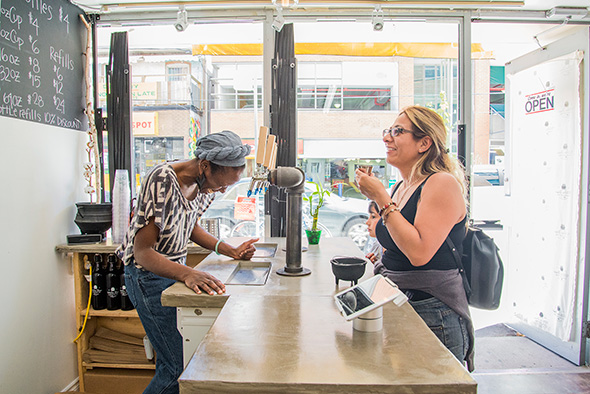 Owner Babette Burrell will put skeptics at ease, all while dispensing samples. She admits that she wasn't initially a fan of kombucha either and that it wasn't until trying it on tap that she changed her tune. 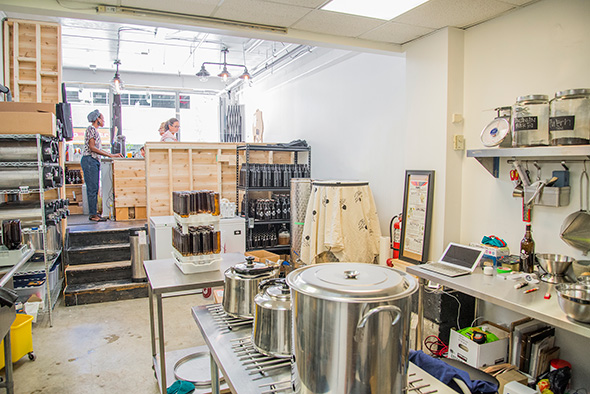 She talks me through the process of kombucha brewing, which basically entails 10 to 14 days of fermenting tea in large vats with sugar and a "symbiotic colony of bacteria and yeast," also known as a SCOBY. 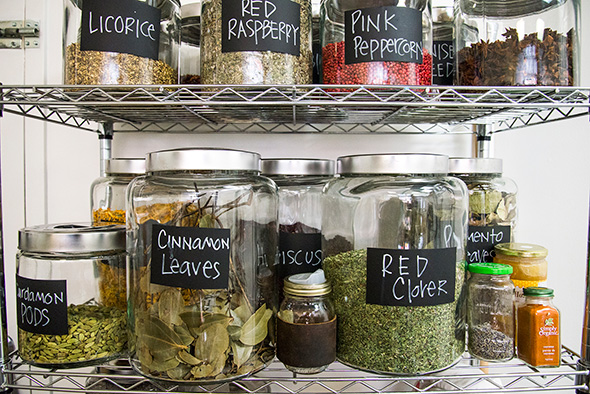 At this stage the elixir is bottled in growlers and given another day to ferment (sans SCOBY) which gives a naturally occurring carbonation a chance to really develop. This is also the stage where flavours can be infused.

The thing I learn about kombucha is that refrigeration is what stops the fermentation process. So if it's stored at room temperature for long periods of time the flavours can become increasingly pungent and unpleasant like I previously described. 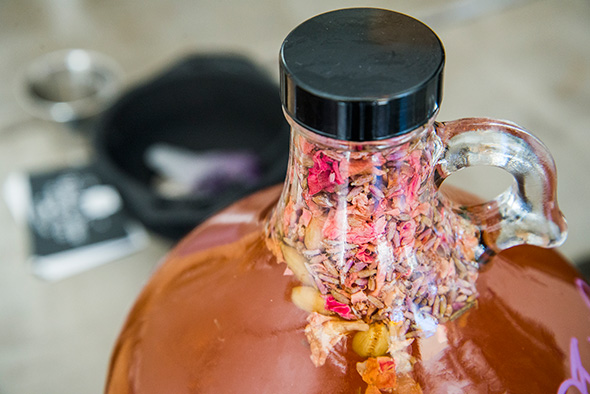 Kombucha on draught is pretty much as fresh and cold as can be. Sampled in stainless steel jiggers, one is offered a chance to try signature flavours like the "Embrace Me," a black tea infused with organic ginger root and hibiscus blossoms and the "Peripheral Vision" made with cardamom, pink pepper and lavender.

I try the "Divine Intervention," which is lightly scented with jasmine and just great all around. It tastes like lightly sweetened, sparkling iced green tea. There's nothing not to like. 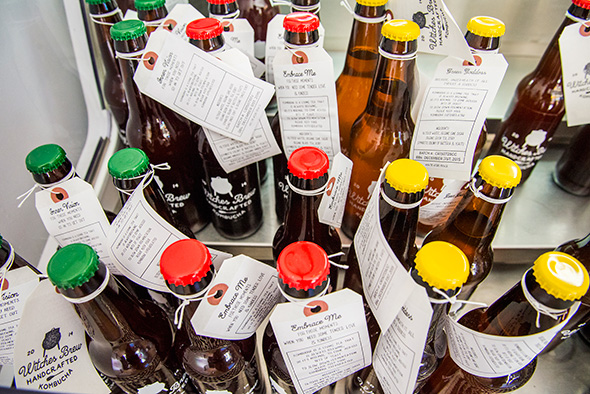 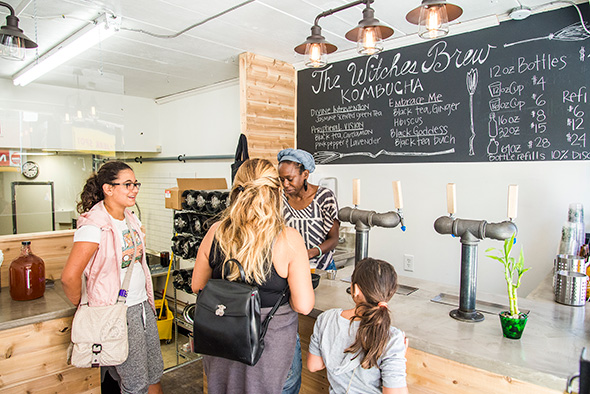 Once the summer foot traffic in the Market wanes, the shop will make use of any surplus kombucha in some creative ways. Expect to find mature kombuchas verging on vinegar spun into salad dressings and mustards. 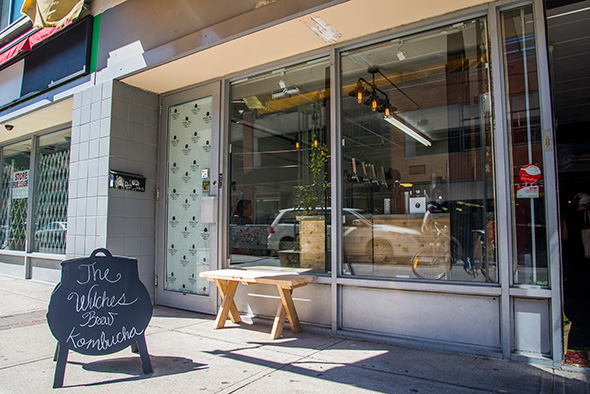