Toronto Weston Flea Market can be an intimidating place for a first-time visitor. The parking lot on a weekend may be overwhelming enough, but once you emerge from the safety of your car and approach the front entrance, you're immediately bombarded with calls of seduction for "FRESH TOMATOES!" and "PEPPERS: ONLY $0.99 A POUND!" Loudly and repeatedly. My friend and I had headed to the market keen on exploring some of its fresh produce, but we decided to duck inside first in hopes of avoiding much of the hollers. 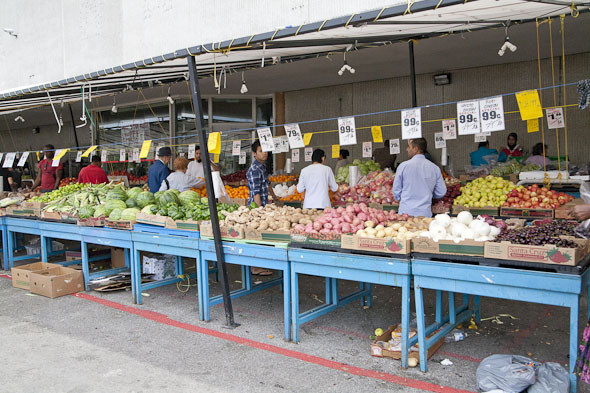 The Toronto Weston Flea Market is a haven for collectors and entirely much too overwhelming for someone untrained to hone in on the good stuff. Since my partner and I, unfortunately, would fall into the latter category, we had to focus before moving forward, lest fall victim to the countless booths of classic Disney videotapes. No one needs that much Aladdin. 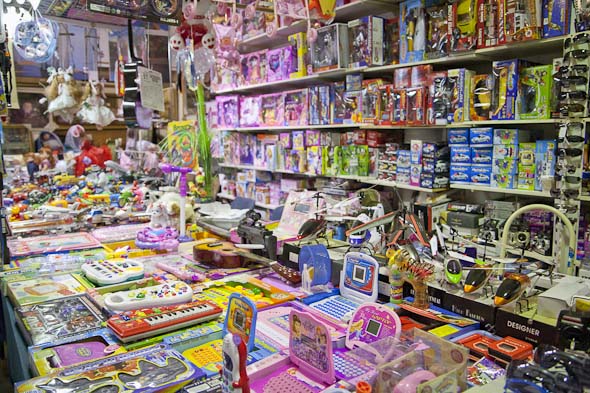 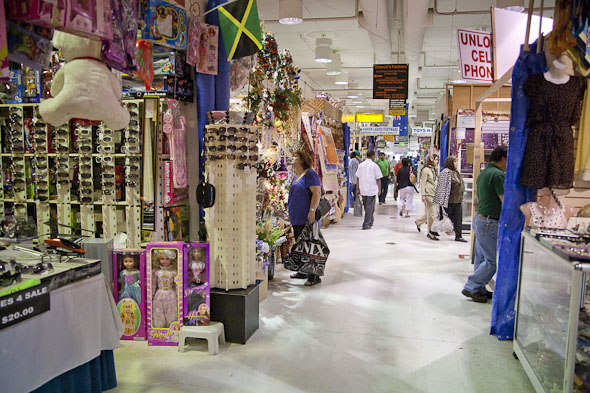 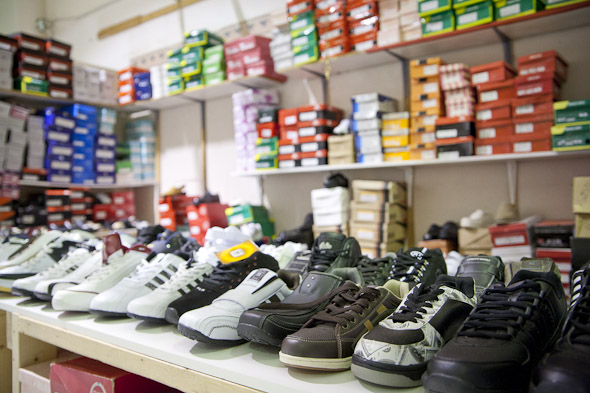 The indoor market is over 60,000 square feet of vendors offering housewares, games, clothing, discount electronics, and the odd ideology-laden heavy silver chain necklace. Alas, my collection of shiny things in the shape is dollar signs is at its brim, so I avoided the typical clothing and jewellery shops and went looking for something a little more interesting. 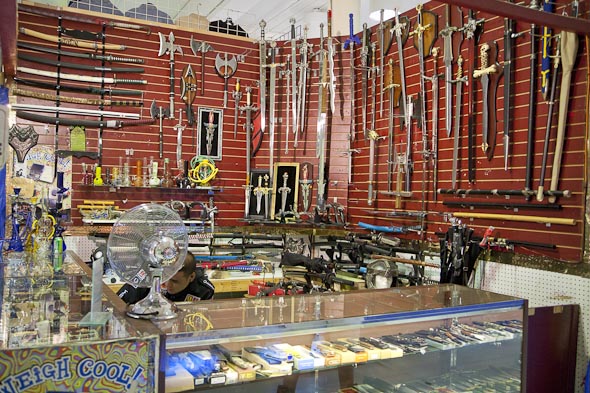 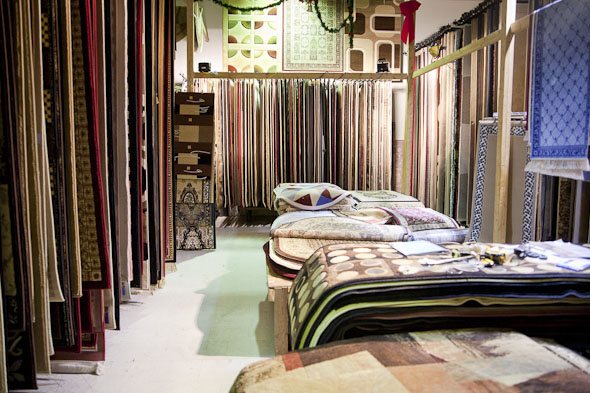 And I found it on the north end of the building, past the seeming Bob Marley haven and obligatory Mr. Gold Buyer stand. There it was--Toronto Weston Flea Market's own spa. Or, uh, its flea-market-version of a spa. One man was getting his hair twisted in tight cornrows, while a few women sat in rows getting their nails buffed and polished. Eat your heart out, Stillwater . At least here spa-goers don't have to make a second trip to pick up socks. Or furniture, for that matter. 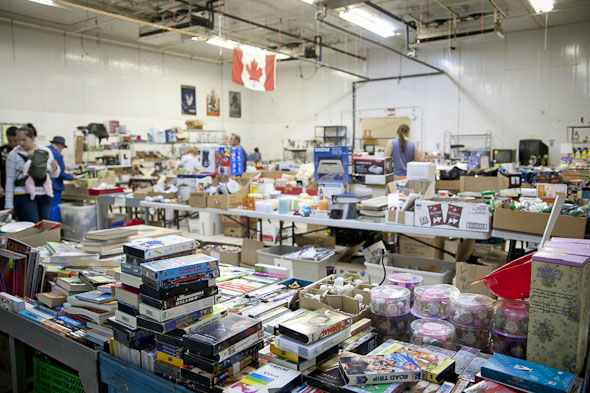 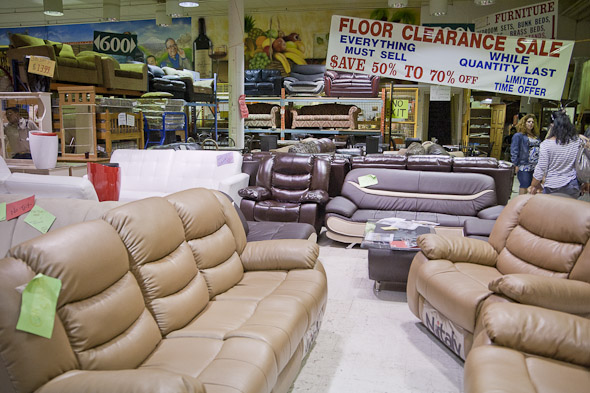 The area just before the food court (I had lost all sense of direction after about five minutes) hosts all sorts of interesting furniture pieces, from a blinding white three-piece sofa set for $999 to marble dining tables ($799). We strode past them to the food court, where the venders offer sushi, jerk chicken, and various takes on ethnic cuisine, including a great smoothie and juice stand where a man was hacking at stalks of sugar cane with an extraordinarily large knife. At least you know you're getting the real deal here. 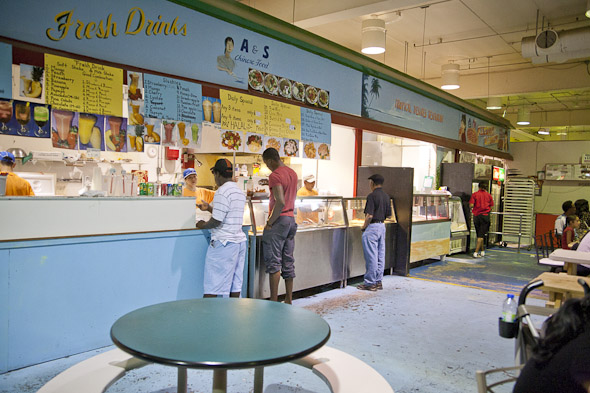 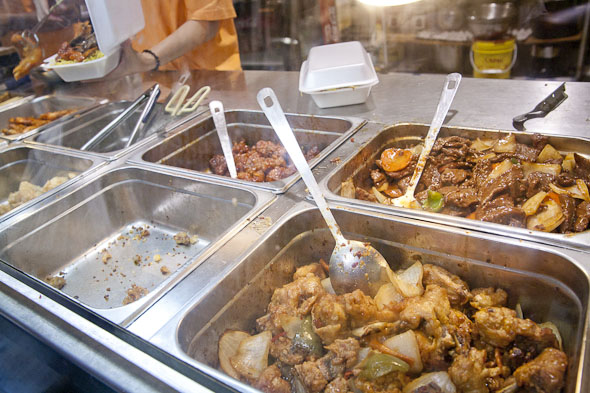 Next we stopped at one of the countless electronic stands and sorted through bins of old Sonic the Hedgehog games and classic Duck Hunt guns. If you're lucky enough to have a working Nintendo system circa 1985 (or want to try your luck at finding one here), this would be the place to stock up on games. The movies here run pretty cheap as well, though their origins are known to be, uh, questionable. 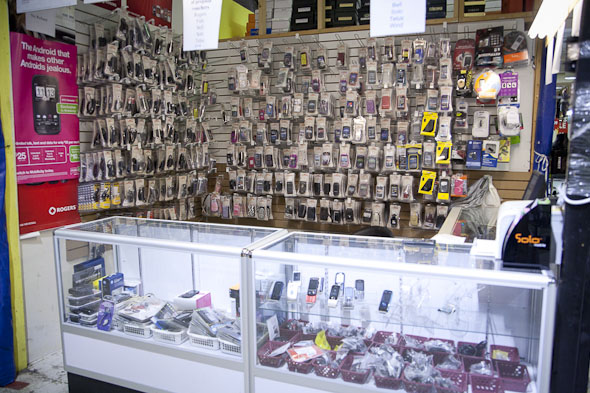 But the real draw for us was the aforementioned farmers' market, so we headed back outside to check out the goods. As soon as we did, of course, we were met with proclamations of each product's superiority, which included statements of "Mix and match, $5.00, very fresh!" and "What you know about broccoli? It's very good for your health!" The latter made me think of Epic Meal Time, but there was no bacon to be found. 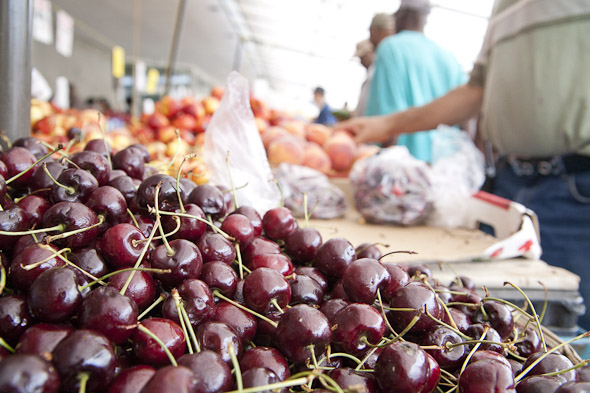 Instead, though, there were many atypical fruit and vegetable offerings including honey melon, Jamaican cho cho, and white yams. The colours were hypnotic, and as a result, we left with armfuls of broccoli, peppers, melons, and more. Sweeter than the honey melon, though, was the silence we soon found in the car.