Videofag, as you may have guessed by its slightly on-the-nose name, is devoted to, yep, video-based work from local queer artists. A storefront cinema and performance space in Kensington Market , as well as the home of a casual residency program, Videofag hopes to act as a bastion for Toronto's celebrated queer art scene, which has included such internationally renowned figures as Bruce LaBruce and General Idea . As far as I know, there's really nothing like it in the city, and with owners who (literally) live and breathe the concept, Videofag has the potential to become a real mecca for queer media art and performance in the city. 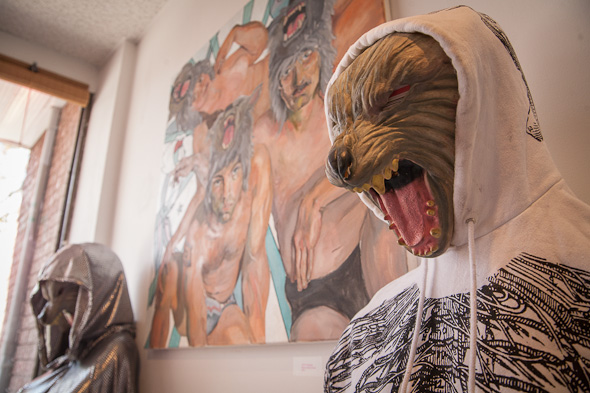 The gallery is the brainchild of playwright/filmmaker Jordan Tannahill and actor William Ellis, and it's been just over a month since the couple snapped up what was once a ladies' beauty salon and men's barbershop on Augusta Avenue. Apparently, it took only three weeks to clean up the leftover hair. 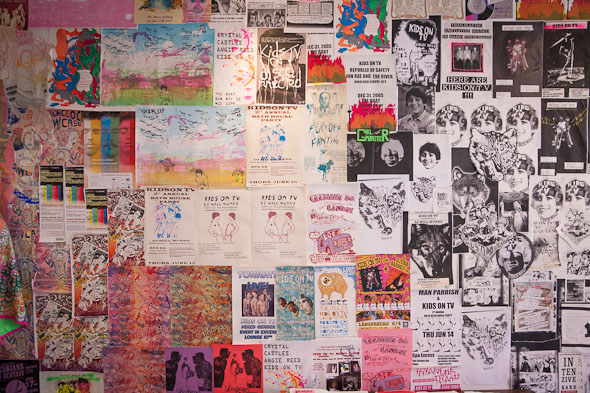 The fact that they managed to renovate the space and stage an exhibit by its October 19th opening is incredible enough, but on top of that they also had to make it liveable. In a true live/work arrangement, Jordan and Will live in the gallery's back room along with Jordan's brother. "We're basically in a closet," says Jordan. "...Wait, we were never in the closet." 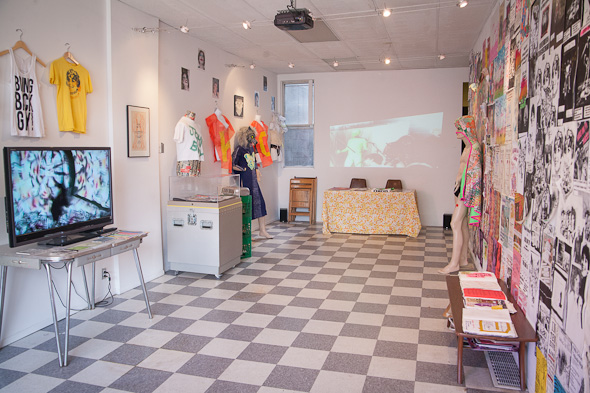 With chairs donated by St. Christopher's House , and most everything else by friends, the couple estimate that launching Videofag has only cost them about $50 so far. And they'll be returning this generosity, with planned pay-what-you-can-coffee and free wi-fi during the day, and a commitment to keeping most of their shows free or PWYC. Clearly, Videofag is driven more by its ideals than the promise of any commercial payoff. 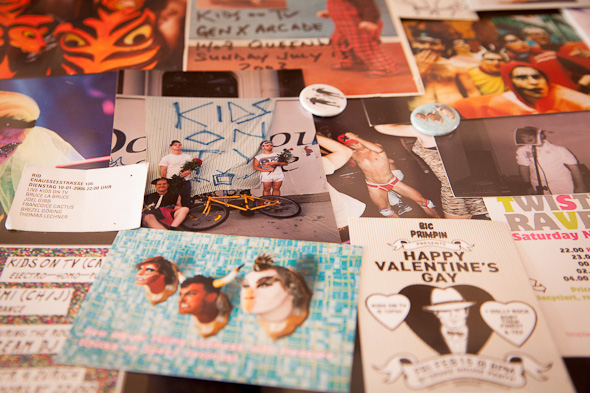 For all the diverse projects they have planned for the new space, its owners assure me that Videofag is first and foremost a gallery. Currently running is the exhibition Kids On TV: Hidden Histories & Spectacular Misfits , which includes various ephemera from the local punk/house band's history. Lining the walls are dozens of their gig posters from over the years (through I couldn't find any for the band's infamous bathhouse performances), while a large-screen TV will run their music videos. 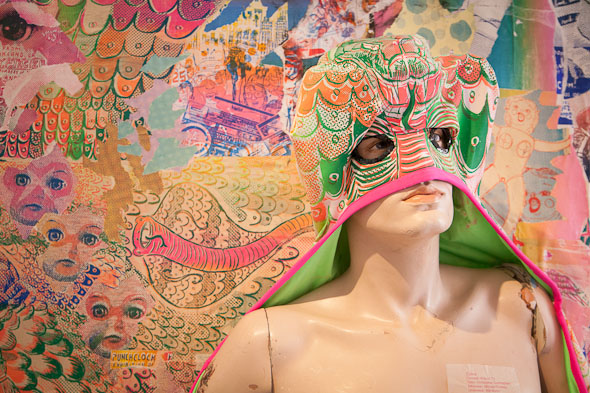 By far my favourite item is a scrapbook the band made in 2003 which includes set lists and photos alongside unpaid Fedex bills and scrawled to-do lists. Also great are the various mannequins outfitted in underwear designed by the late Will Munro , an influential queer Toronto artist and club promoter whose community-building idealism is clearly echoed through the vision of Videofag. 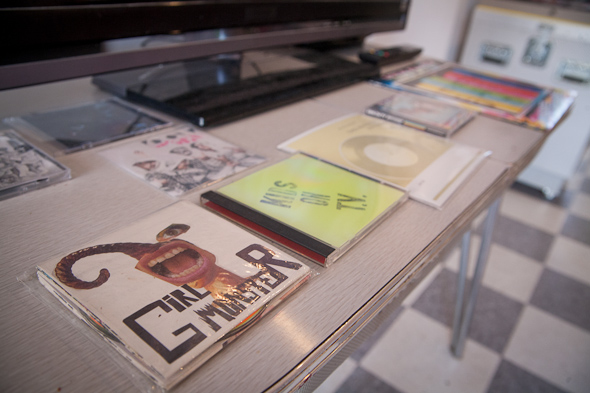 As both creators and chroniclers, the scope of the Kids On TV retrospective is something Will and Jordan have chosen to maintain when planning their upcoming exhibitions. Typically, screenings of video art will include the work of several artists, but the couple would prefer to present as much as they can of an artist's entire canon. 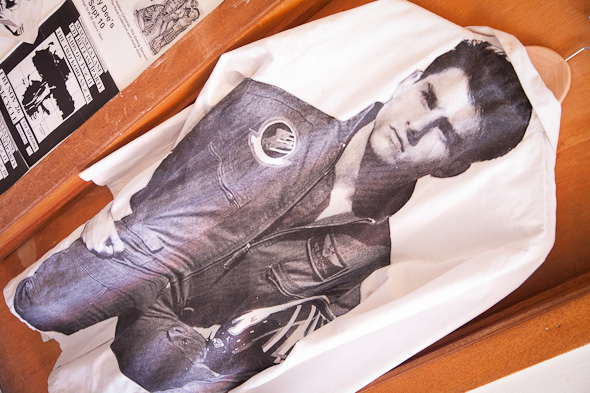 Most notable is the upcoming show from transsexual artist, performer, columnist, and sex-trade advocate Nina Arsenault in mid-December. 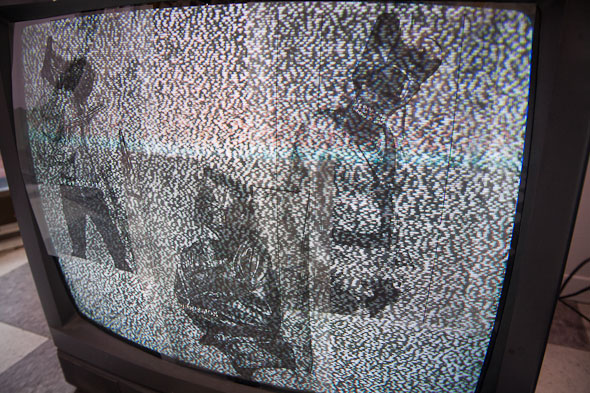 In addition to all this, Videofag also offers residencies for artists to develop and eventually display project-based work. As space is at a bit of a premium for a gallery with three people living it, artists undergoing a two-week residency will work in the gallery during the day and sleep elsewhere at night. There are no restrictions on the artists, as Will stresses that Videofag is "a safe space to show radical new stuff." 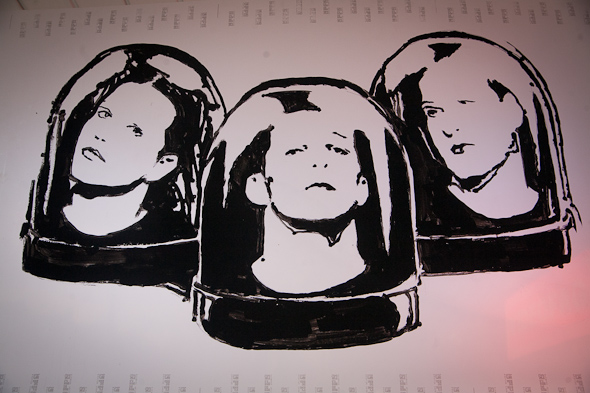 Creating this safe space, however, requires resources that the couple doesn't yet have. To help finance the necessary new equipment, Videofag is going with the ubiquitous Indiegogo . 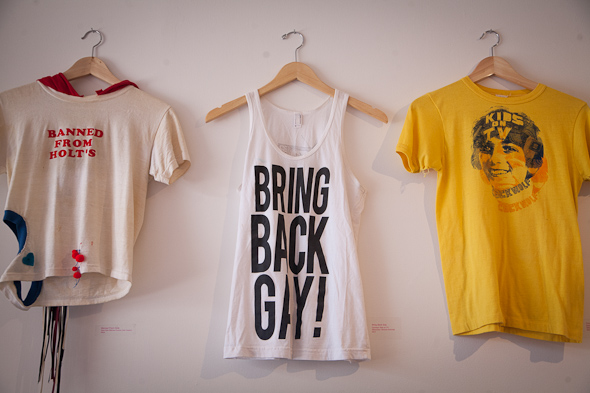 In exchange for donations, they're offering perks such as free use of the gallery for an evening or week, a private dinner and screening, and even a weekend cottage trip to the Muskokas with both Will and Jordan. Hopefully someone takes them up on their offer, since a fully-equipped Videofag would certainly be a major addition to Toronto's art community. 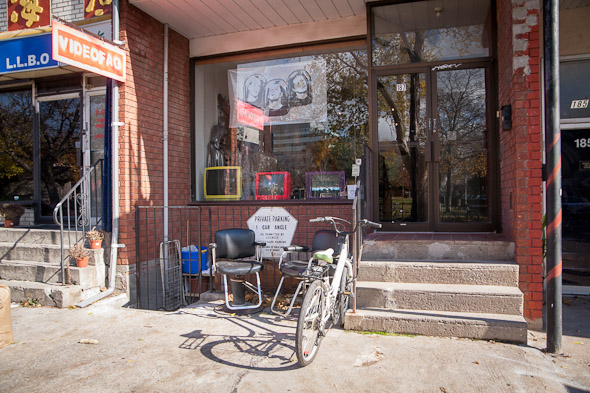