Huntclub is a new multidisciplinary studio and gallery space that calls Little Italy home. Over the last decade, Toronto's art scene has spread far beyond its original ground zero of Queen West, with galleries like Scrap Metal and VS VS VS setting up shop in spaces far off the beaten path. Despite this expansion, after Whippersnapper left a couple of years ago, Little Italy has been something of a dead zone — until now, that is. I spoke with owner Darlene Huynh during a packed opening a few weeks ago, and got some explanation about the mysterious (just try and Google it) gallery.

Huynh got a hold of the space four months ago with some help from her mother, and in the meantime, it's been home to a pop-up clothing sale from Mutts & Co.'s Traveling Market and various creative projects in its back studio area. 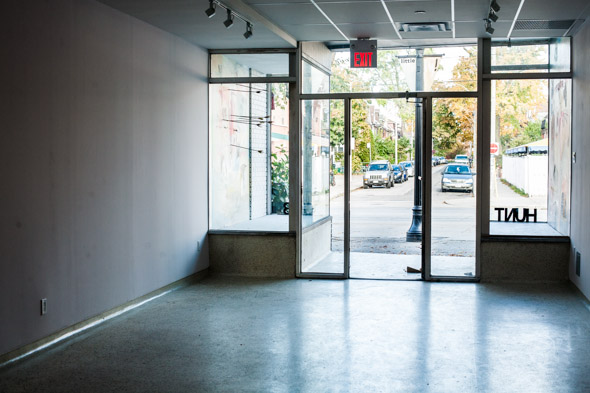 As a photographer herself, Huynh tells me that Huntclub aspires to be more than just a commercial gallery. Rather, it's a space where like-minded artists can congregate to create new work or simply to socialize. This collaborative environment is the gallery's defining characteristic: As Huynh says," I want it to be a space where people are free to play, free to hangout...and the back space is where we play." 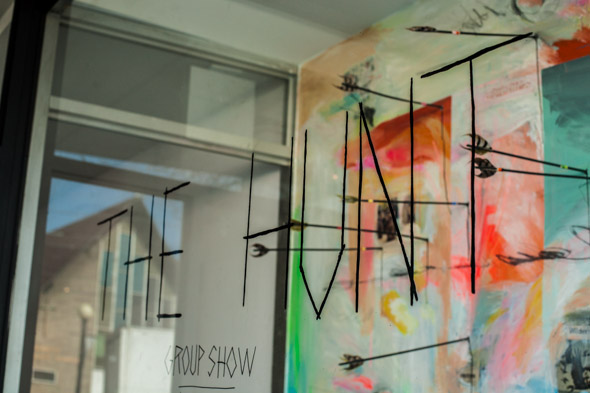 Just based on the attendance on Thursday, Huntclub definitely felt like a playground for a certain social group, with Huynh even admitting that "I wanted to build a clubhouse to bring my friends together." But rather than being the exclusive venue of a specific artistic community, Huynh stresses that for Huntclub, "It's all about accessibility." Anyone, as long as they're not "corporate," can show in or rent the space, and keeping the displayed works affordable is something that Huynh is committed to maintaining. 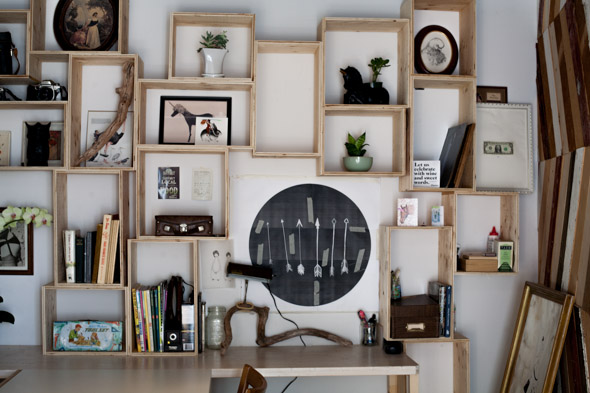 This mandate is definitely clear with the first group show, which featured the work of 25 diverse painters, photographers, illustrators and multi-media artists, all of which are loosely centred around the theme of "the Hunt." With fantastic pieces from artists like James Braithwrite, Josh Raskin, Landon Speers, Dave Murray and Kathryn MacNaughton, the extremely low price point of $100 a piece was a testament to Duynh's commitment to accessibility for her gallery, as were the free draught beer and plentiful springrolls.

Such an approach is certainly novel for downtown gallery, albeit one that's far away from any gallery district. Huynh admits that "people kept asking me about why we were opening [in Little Italy]," but for her, the neighbourhood made total sense. "Lots of artists live around here, around College Street." Plus, she tells me, "I grew up around Italians." 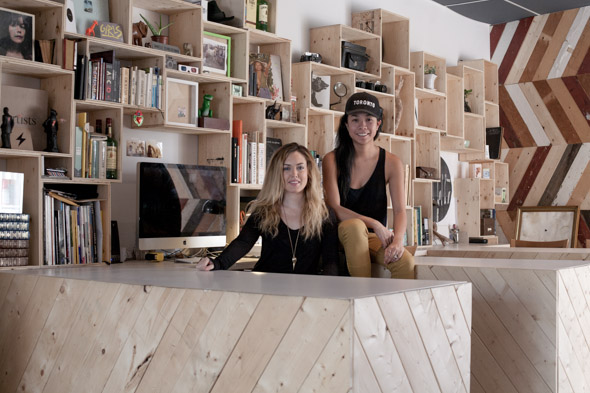 So just one more question remains, why the name Huntclub? When pressed, Huynh offered up a few potential suggestions. During her conversations with her mother about her search for gainful employment as a freelancer, one phrase kept coming up: "Hunt it down." Thus, Huntclub represents the successful end result of the search, as well as Huynh's current role as a gallerist with many artist friends: "I also feel like a head hunter, finding work for people." 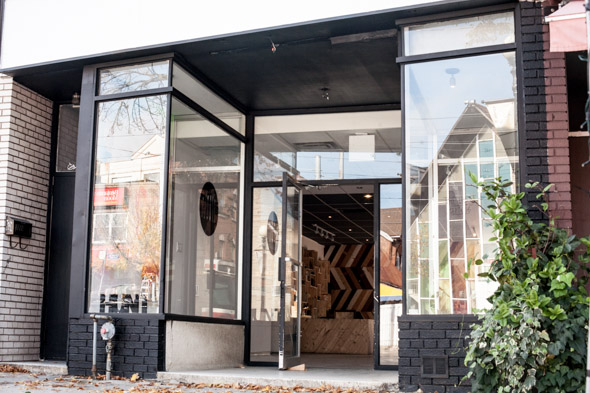