Graven Feather had piqued my interest long before I actually made it in to have a look around. A street-level door hinting at the staircase behind it in a plain brown building on West Queen West . I wondered whether it might be a jewellery boutique or another cooler-than-thou clothing shop, but as it turns out, it's neither. 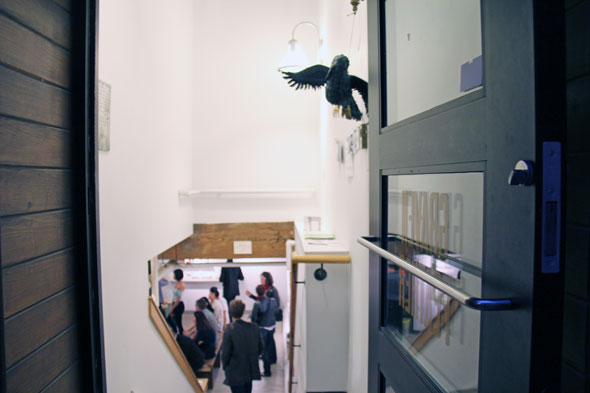 The art gallery is run by three artists--Pam Lobb (printmaking), Erin Candela (illustrator) and Jessica Bartram (watercolours and paper sculpture) â and opened in September 2011 in the basement of a residential studio-based Artscape building. "We wanted to be able to work out of our studio, but also incorporate a community component." Candela tells me that there are several other studios at ground-level, but theirs is the only one with street access. The progression into a gallery space was natural. 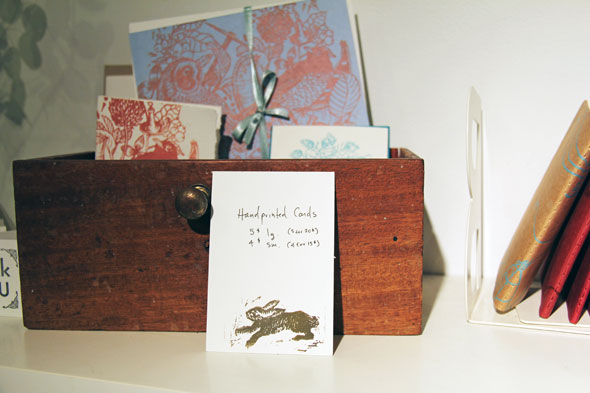 The gallery space is average for Queen Street. The display area easily houses a few dozen small-to-mid-sized paintings. In the back, you'll find hand-printed and painted cards ($4-$5) and prints ($10-$15) on sale, while the front area is devoted to the three artists' studio work. Lobb tells me that this sets them apart from other local galleries: "You can see us at work, and it's a great conversation-starter." 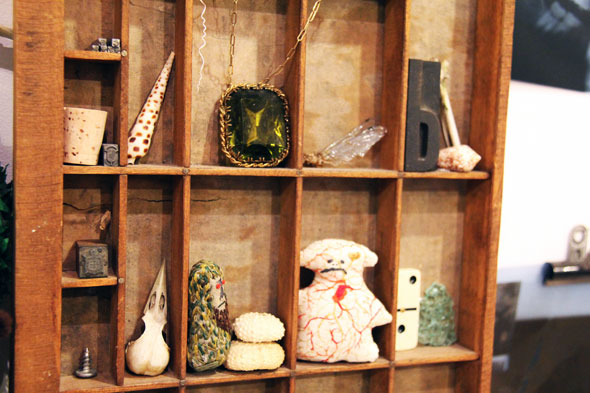 The gallery is open Thursdays, Fridays and Saturdays from 12 p.m. to 7 p.m, or by chance or appointment, and the works inside are available for browsing or purchase. They've previously housed the anthropomorphic sketches of Dave Sheppard , the oil paintings of Kari Minchin , and the work of the gallery owners themselves, among others. 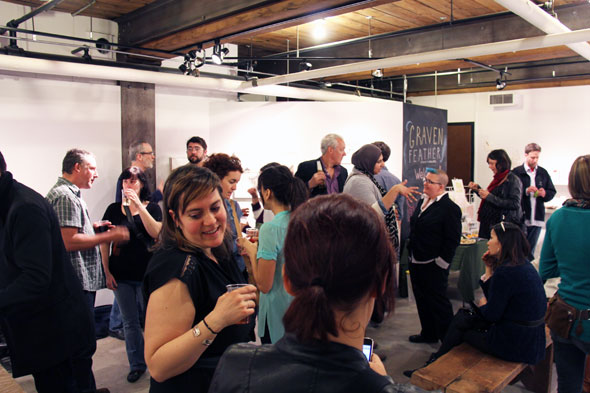 Graven Feather also aims to foster a sense of community by making itself available as a host for book launches and other creative endeavours. For Candela's launch of monochromatic sketches, each revolving around the theme of home, Arianne Shaffer volunteered to host an evening of storytelling. Some of Candela's panels contained text which created a story of her childhood: "this is a very vulnerable wall," Shaffer noted. 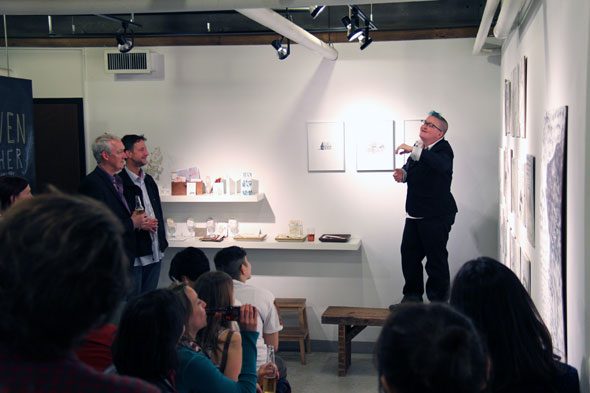 The evening featured Toronto storytelling legend Sage Tyrtle, and bouffant clown Adam Lazarus, and an array of stories on that most universal of notions: home. Candela tells me that she hopes the gallery is "accessible," and the social aspect of the evening's storytelling portion certainly bridged the gap between the liveliness of performance art and the static quality of visuals.

Pam Lobb formerly ran workshops out of her home, and Graven Feather hopes to become a hotbed for skill-building classes targeted towards artists.They also host workshops for the public, such as the upcoming "Print with Your Mom," a three-hour letterpress card workshop on Mother's Day ($50), and "Fur, Feathers and Scales," which will focus on detailed watercolor paintings ($45). Workshop costs include all materials. 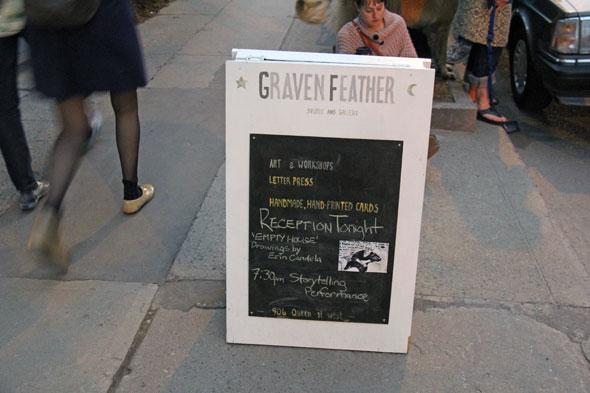 Ultimately, Graven Feather is on the road to becoming a network hub for Toronto's creative community. Lobb tells me that they're collaborating with other young printmakers for a Nuit Blanche installation, and the tragic, comic and achingly sincere storytelling complements Candela's launch in a way that a stuffier wine and cheese event could never hope to. 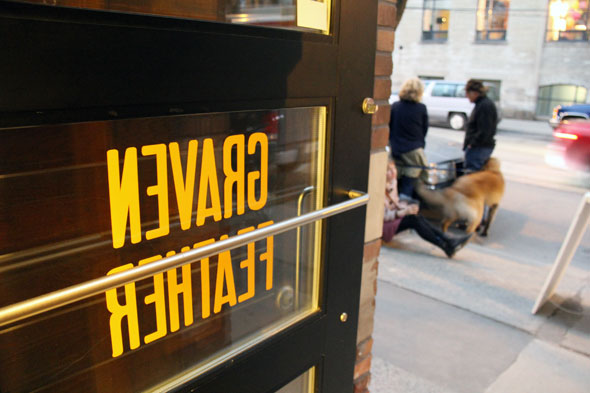