Goodfellas Gallery opened in Parkdale last month, featuring mostly large-scale abstract works well-suited for commercial spaces. The owners, however, don't want to get too niche. "We enjoy participating in things like the Contact Festival and Nuit Blanche , so we don't want to pigeonhole ourselves to one specific form of art," says Joshua James, one of the founders. "It will always be new, fresh and contemporary. You can hold us to that." 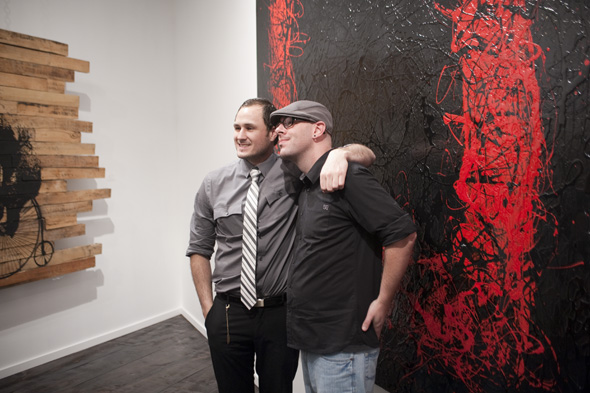 This is not James' first foray into the gallery world. Formerly of Sleeping Giant Gallery , he joined forces with Tyler Tilley of the Next Level Art collective to start Goodfellas, which represents a departure from the last gallery, which focused more on works that could be described as lowbrow. Here the idea is to do something more sophisticated. 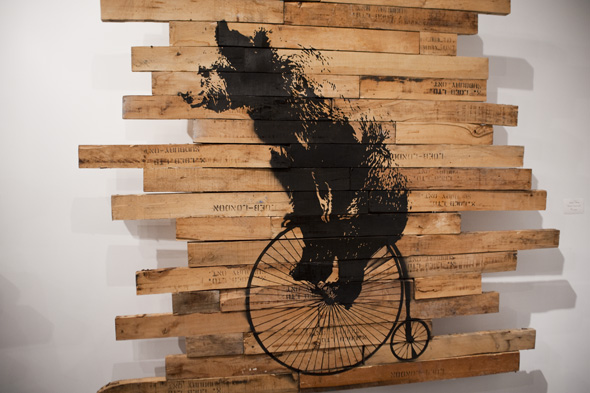 Moving up in the art world meant changing locales. While Sleeping Giant was perhaps a bit too far east on Dundas West to attract gallery-going foot traffic, Goodfellas location on the eastern edge of Parkdale ensures close proximity to gallery-rich West Queen West and to a number of other newer galleries that have made their home on the other side of the railway overpass at Dufferin. For his part, James isn't worried about competing with his neighbours. "I've heard people say many times that a neighborhood is 'over saturated' with galleries, but anyone involved in the arts knows there is no such thing. In order to create a gallery district you need to 'over saturate' and give people from outside the area a reason to make their way over." 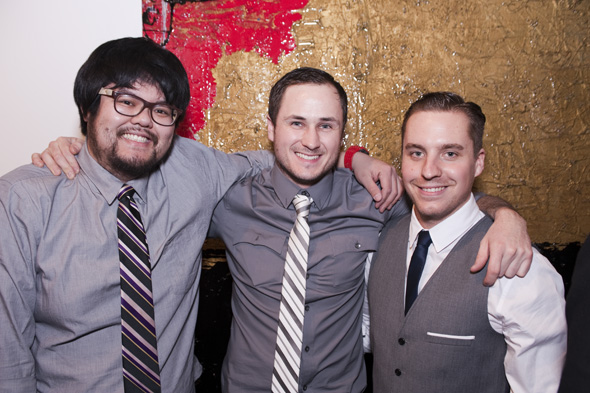 Plus, he and Tyler both live nearby. They love the neighbourhood and want to see it blossom, says James. Having more art galleries around is a good start. "We both think it's what the Parkdale area needs to get over its hump and to light a fire under the city's ass to start rejuvenating and putting money into a community that's been held down long enough." 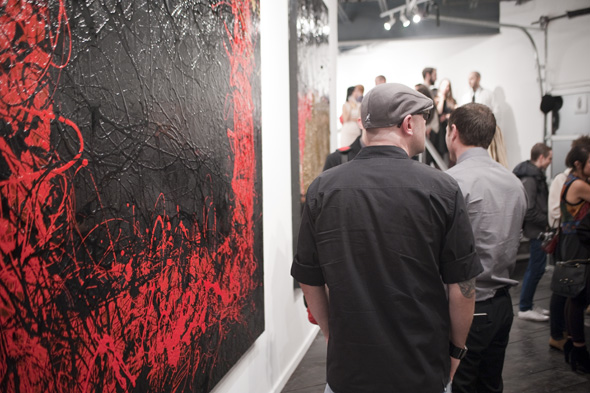 Though they're in the midst of an artistic community, they might not benefit from sidewalk traffic as much as nearby galleries because the entrance to the gallery faces the north toward Noble St. rather than Queen. Nevertheless, it's a bright, open space, suited to big, statement pieces. As they renovated the space, James, Tilley and the other members of Next Level put together the collection for the grand opening. This allowed them to create the pieces, curate and design the space all at once, explains James. The result is cohesiveness. "The scale of the work was very important to us, and the pieces fill the space beautifully." 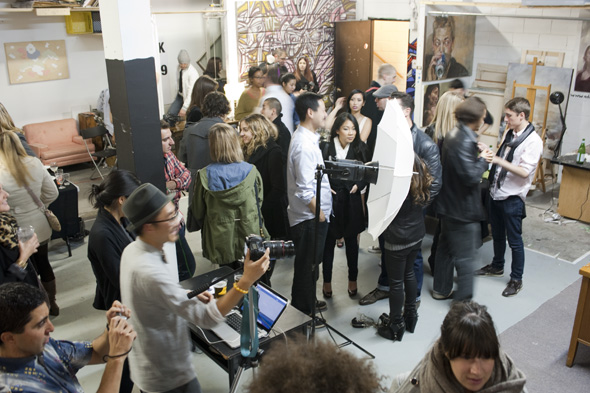 Though their own work is currently on display, they'll soon feature other artists, starting with a solo exhibit from Eugene Paunil called Civil Servant Tactics , which opens January 12th at 7pm. They are also looking around for fresh faces to exhibit next year. "All in all, we are pretty excited about what we have to offer come 2012," says James.