Squared Circle Training is currently open but their offerings and services may be affected due to the pandemic. Please contact the business directly for more information about any changes. Is this your business? Please contact us if you would like to update this message.

Squared Circle Training is a bit tricky to locate. It's tucked away on a warehouse-filled crescent west of Hwy. 400. There are no signs announcing its presence. Its only tells are the misleadingly small windows coated in wrestling posters and on my approach, I almost have second thoughts. Then a 17-year-old boy in purple stretch-wear, adorned with the word "anarchy," peeks his head around, and I know I've found my mark.

Inside, it's a bit of a man-cave. The women's washroom is on the grimy side where posters of wrestling pin-ups are positioned at eye-level. The changing room is where people shed their regular identities and don fighting gear, usually without closing the door. There are no showers. The main attractions are two rings harshly lit in fluorescence where amateurs and pros alike give as good as they get. The ring is a great equalizer, with everyone good-naturedly taking a turn.

Owner and head trainer Rob Fuego wrestled in the circuit for many years, even going pro, and now teaches both wrestling and massage therapy. Ashley Sixx, who runs the Fight! series, is a former student. The classes meet Tuesday, Wednesday and Saturday nights and typically run between 7:30 and 10 p.m. (although it's advised you arrive by 7 p.m) The cost: a not-cheap price-tag between $200 and $250. Fuego doesn't typically allow drop-ins, but will occasionally allow someone to try a class for free if the inclination and talent is there. Make sure to wear something comfortable, Fuego says, and "if you want to wear Lululemons, that's fine, but I don't recommend them." They fall off, apparently. 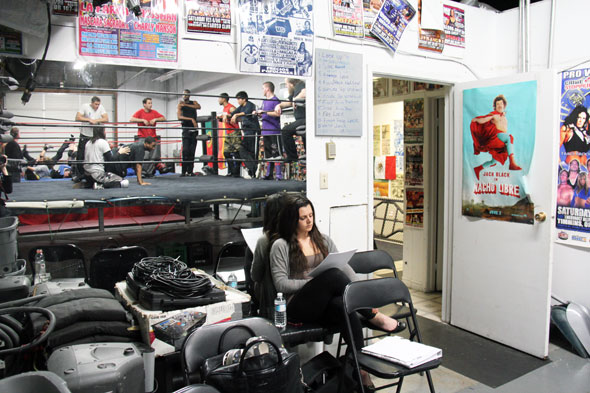 We're in good company as we chat before the class starts, facing a wall of Fuego's greatest successes--framed and signed photographs from his best-known wrestlers, many of them women. As the students begin to file in (and they couldn't be a more motley group with light-and-heavyweights aplenty), I spot teeny tiny women who enter smilingly and shake my hand but are tumbling and tossing within an hour.

There's a mandatory warm-up consisting of calisthenic exercises and practicing a wide variety of falls, which Fuego tells me is among the most difficult skills to pick up. Not because, as I assumed, it's physically counter-intuitive, but rather due to the body's need to acclimatize to the pounding. As Fuego lists the many ways to jostle your brain around when you hit the mat, I turn a bit green. 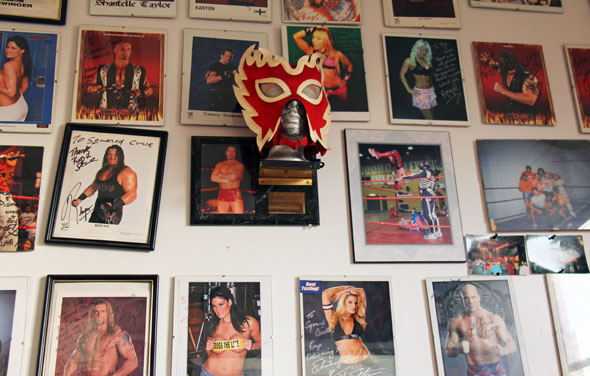 For the fighting itself, the men and women are divided into their own rings and coached separately. Two spectators watch from the folding chairs - a father and a female wrestler's sister. The dad tells me he used ti startle each time his son cried out in pain. Now, though, he knows to let his son work it out himself in the ring as he's dropped and contorted, but always emerging with a wide grin.

Initially, I envisioned this post as a first-person account, replete with the hilarity of a 5"8, 120-pound girl's girl bringing a muscled man to his knees. That's the fantasy that many people enter the ring with. Fuego is quick to dismiss those fancies: "you gotta know that you can do it," he tells me, and some people are naturals, while others are simply not suited to the sport. 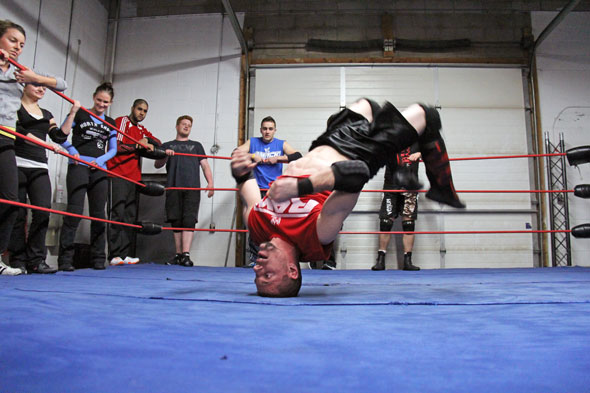 "How does one know?" I insist. "You just do," he says, Miyagi-style. After hearing a litany of the injuries first-timers have experienced (from vomiting, to passing out, to broken bones, dislocated shoulders and concussions), I take to the sidelines. When asked what happens if someone breaks something, Fuego smiles. "There's a hospital up the street, and if someone causes the injury, it's their job to take the injured party there."

Wrestling clubs used to have an air of secrecy about them, with trainers choosing wrestlers for hermetic, seemingly arbitrary, reasons. "Maybe they didn't like the look of you," Fuego tells me. Times they are a'changing, though, with wrestling properly entrenched in the mainstream media, and a real public appetite fueling the sport. Squared Circle Training is among the most reputable wrestling gyms in Toronto, and the enthusiasm evident in the room on a Tuesday tells you that, between the ass-kickings and yelps of hurt, it's also a great time. 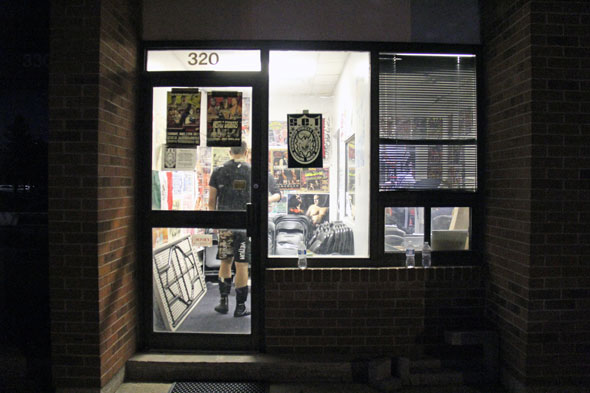