Netflix just launched a website where you can check out where their productions are being filmed across Canada.

The site, called "Netflix in your Neighbourhood," gives Canadians the chance to browse through each province on a map to see where specific scenes were filmed.

First, you choose a series, and then the page will lead you to a map with location points. Each point explains what was happening in certain scenes when they were shot in the particular area and how it relates to the show.

Additionally, when you click on each location point, a Google Maps page pops up showing you the exact filming area, along with a picture of the scene in the show, so you can browse around for yourself.

For example, Queen's Gambit was filmed in multiple locations across Toronto. The map shows that the Winners store located at 45 Front Street East was staged as the Ben Snyder department store in the show. 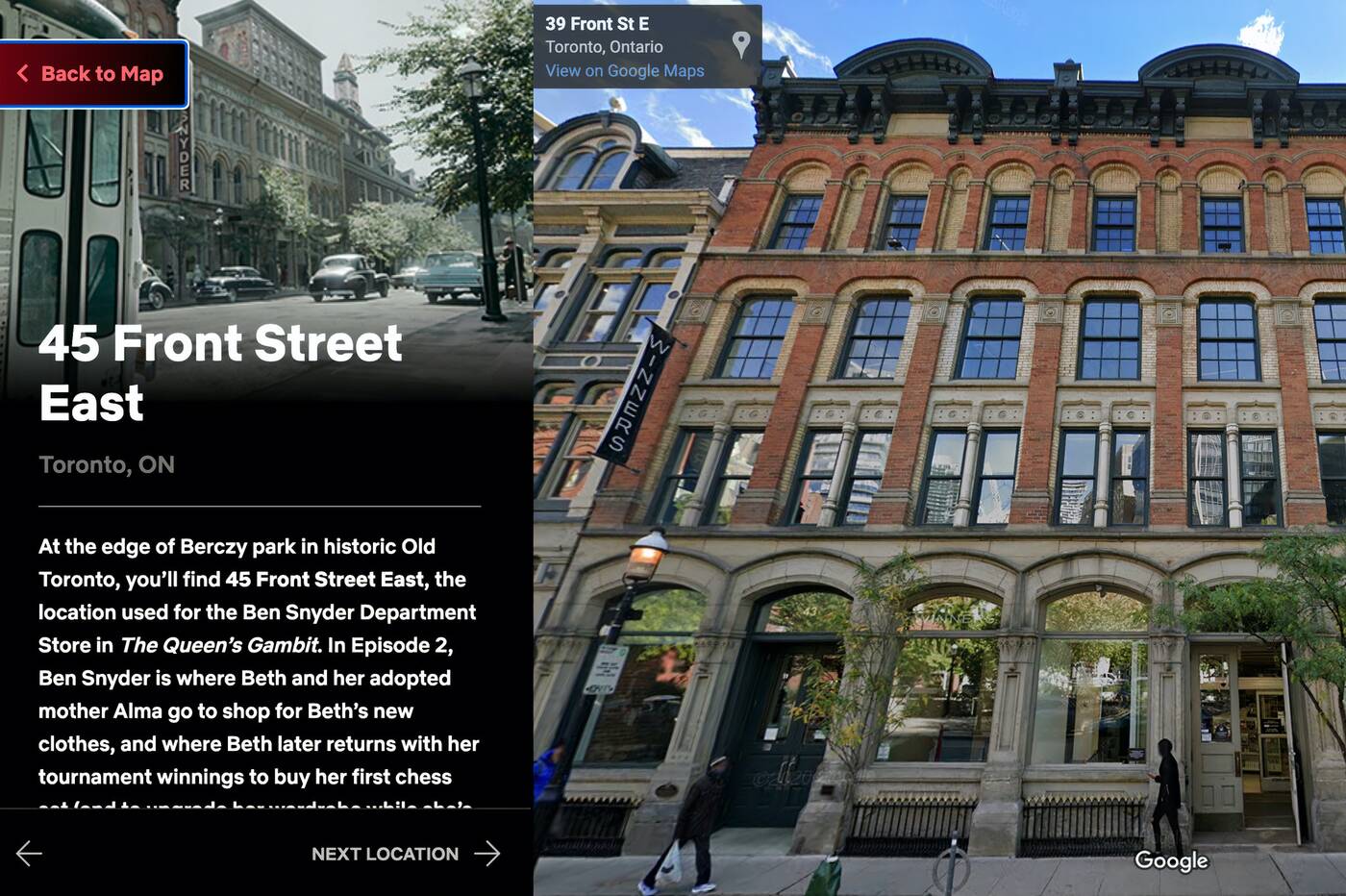 Netflix in Your Neighbourhood highlights specific filming locations for popular shows all over Canada. Screenshot by blogTO.

The same goes for the Meadowvale Road Bridge near Scarborough. The map shows that this location was used to film the scene when police find young Beth at the site of a car crash in the Queen's Gambit.

You can also check out the "About The Series" section underneath each series. This gives you a summary of what the production is about, how many seasons it ran and a cast list detailing which actors in it are Canadian. It also includes a description of landmarks in each location and how they were used for filming the production.

In addition to the website, Netflix has begun putting out branded sidewalk decals around Toronto, identifying whether a location was used for filming.

Maple Leaf Tavern in Leslieville posted a photo to Instagram on Monday  showing a sidewalk decal in front of their restaurant. By looking at the map on Netflix's new website, you will see that the show Locke and Key used this location to film in episode three.

Wherever you're living in Canada, Netflix says the launch of this new website is meant to allow people to follow in the footsteps of their favourite characters.