This is what the huge TIFF festival on King St. looks like

For the third year in a row, the Toronto International Film Festival is taking over King Street. This might be a nightmare for those who rely on the 504, but for the rest of us, it's an opportunity to frolic on a car-free King Street - just imagine if it was like this all the time! 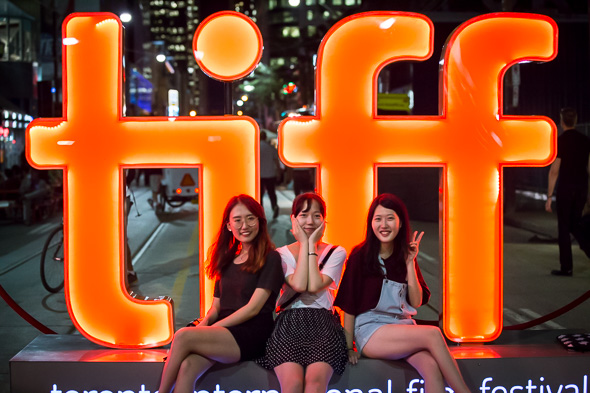 As per usual, two orange TIFF signs flank both ends of Festival Street - at King and University and King and Peter, respectively. Naturally, these bookends have been attracting almost as much attention at Leonardo DiCaprio. 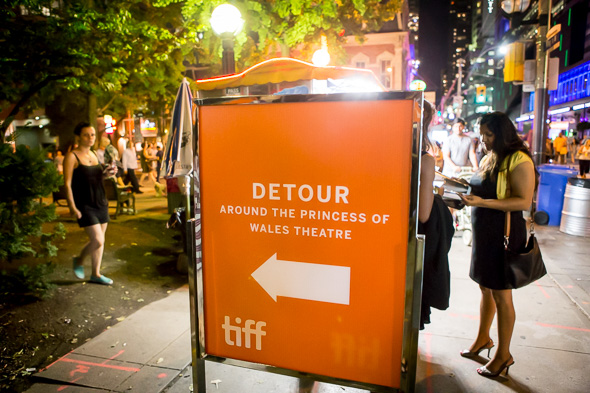 And speaking of Leo, expect the street (especially by the Princess of Wales Theatre) to fill up with screaming fans any time there's a big premiere. 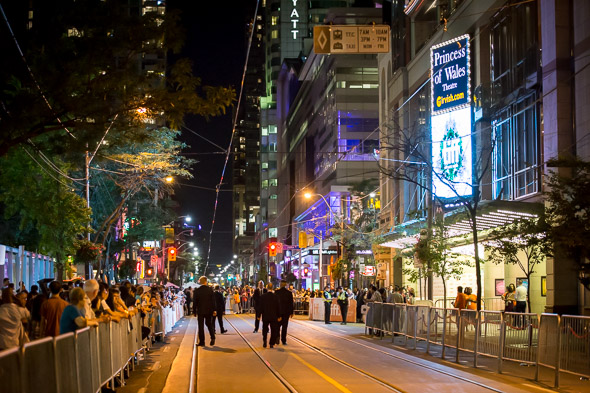 Celeb-spotting and selfie-taking aside, there's lots to do on at this festival with the film festival, but not quite as much as last year. 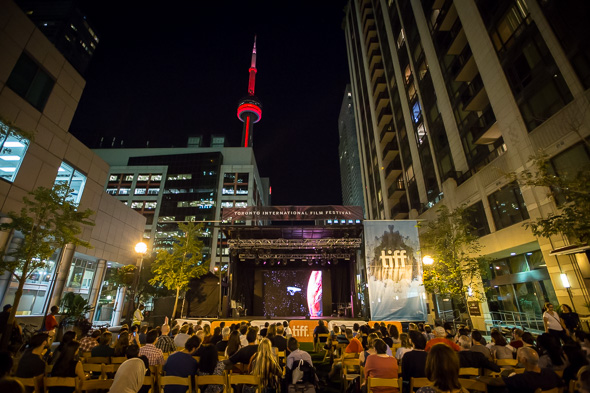 The biggest draw is undoubtedly the Slaight Music Stage, which will feature a lineup of local bands and musicians all weekend long. Later, this area, located on John Street, will play host to free 1980s movie screenings, including favourites like Ferris Bueller's Day Off. 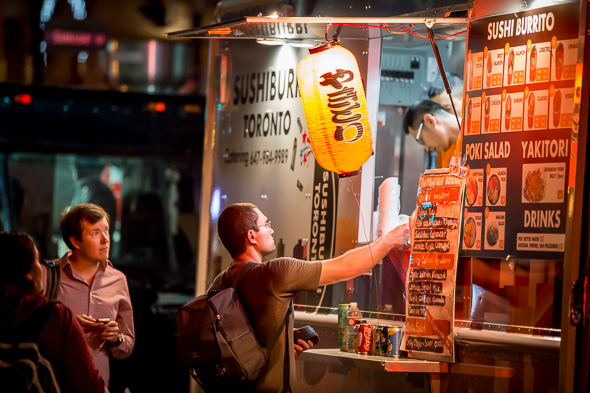 For foodies, this is an opportunity to dine at some of Toronto's most beloved food trucks, including Sushiburri - the sushi burrito and poke bowl truck. When I visited on Thursday and Friday afternoons, there wasn't even a line! 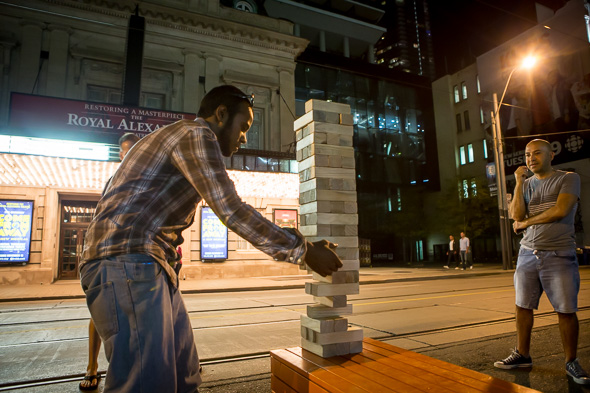 Film fest fans were, however, queuing for the various corporate activations, including one for Icelandair (brand ambassadors were giving out fish and chips) and another for Lindor Chocolate. 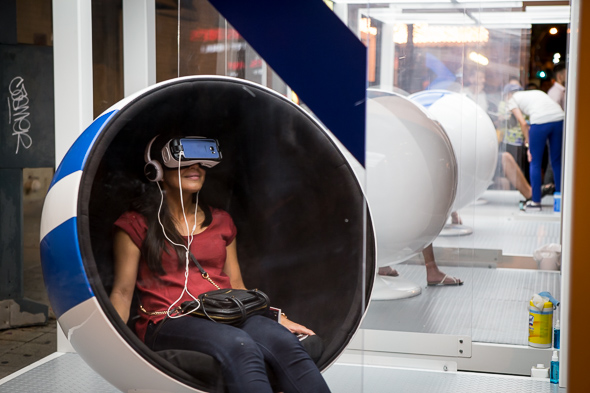 Bell - obviously, a major TIFF sponsor - has a whole virtual reality experience for visitors to try. 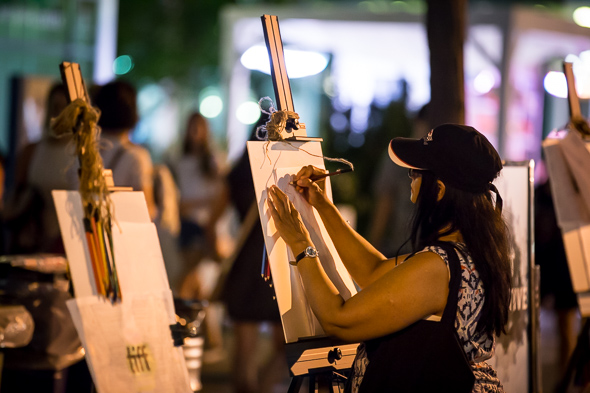 Big brands aside, the entire outdoor space is outfitted with orange benches and there are pianos, aisles and giant games (think Jenga and chess) scattered about. With make-shift floral barriers, restaurant patios jut out onto the sidewalk giving the whole street a European promenade vibe. 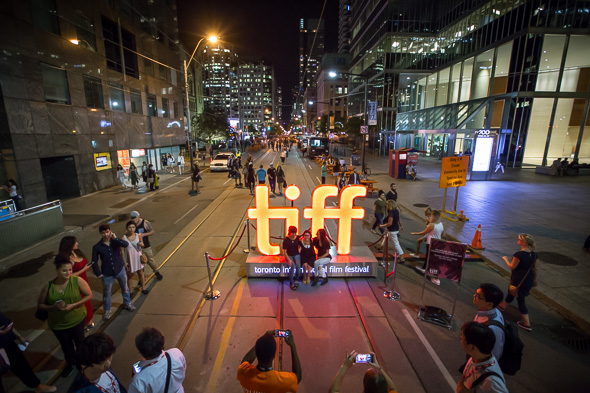 As TIFF's opening weekend unfolds, King Street will likely get packed. But it's definitely worth a visit - if only to catch a bit of the festival buzz. And remember, it's only sticking around until Sunday.