How Video Store Day was born in Toronto

October 17th is international Independent Video Store Day in Toronto. If you value the social side of movie love, movie talk and movie lore, go visit and support your local independent video store!

With Toronto's Film Buff closing its doors this December, local movie fans have lost yet another important cultural institution from a quickly dwindling reserve. During the 1980s an up until the mid-2000s, video stores had been fabulously ubiquitous, brimming hives of social activity even when they smelt of fresh carpet and popcorn.

In addition to "just" renting out movies, these stores brought film lovers together in a canny environment to talk, learn and discover amazing new things.

In addition to running the truly awesome Eyesore, where the walls bulge with an outrageous collection of everything from Alien Prey to Zulu Dawn (many of which are adorned with hilarious hand written post-it notes) he also started the Independent Video Store Day, now in its 5th year. 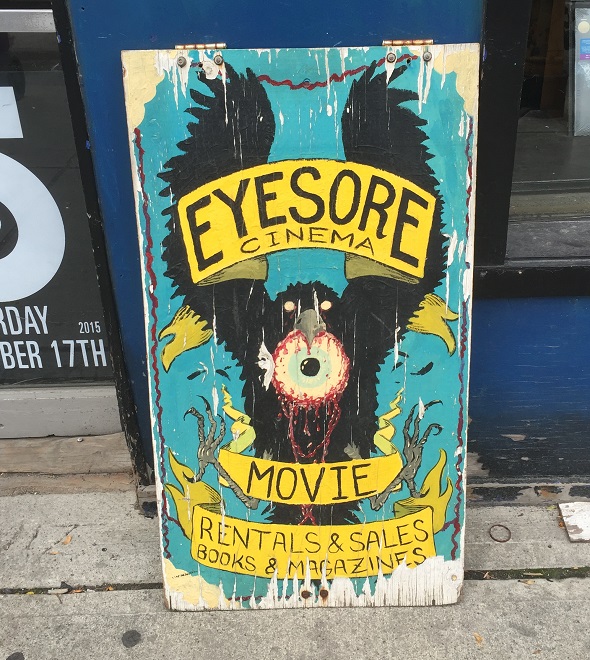 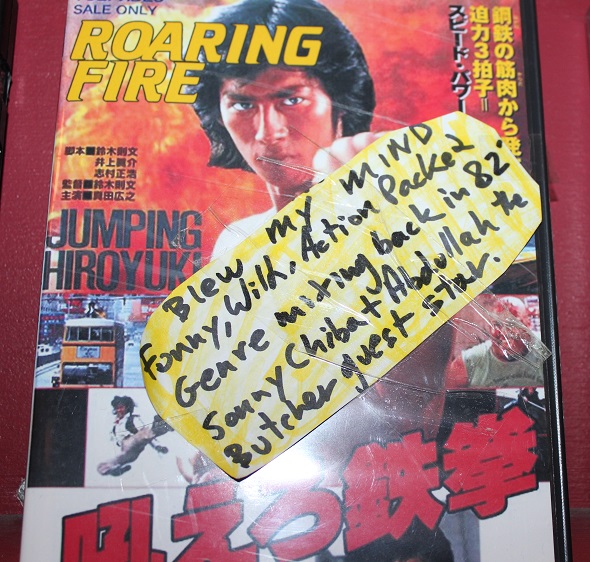 Hanna obviously drew inspiration from the success of Record Store Day, but is quick to point out his collective lacks the "billion tweet resources" the major and indie labels pour into Record Store Day. He prefers to keep it grassroots, locally divined and totally up to each to each store.

The point is just to have some fun, remind everyone that home entertainment started with video stores, and they deserve a place at the table even in this new homogenized digital multiverse. You can't argue that with a guy who has a poster of Yor: Hunter From the Future on his store's wall. 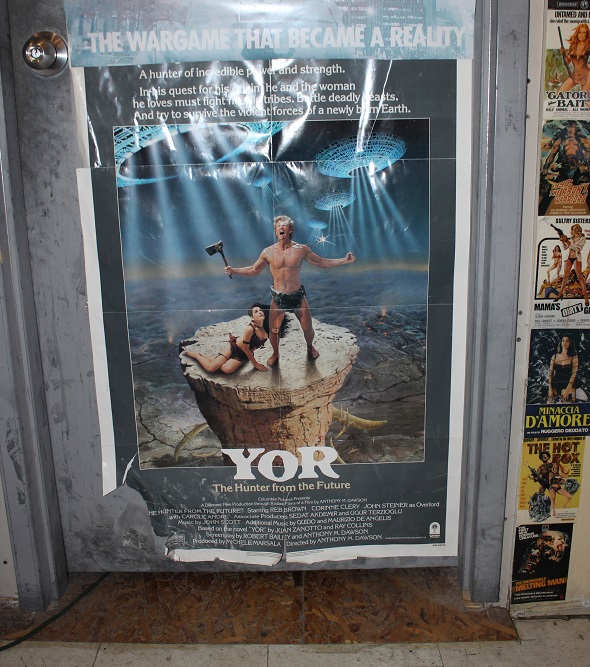 While first and second run cinemas remain the ultimate space in which to digest movies, video stores were always scuba to aspiring movie buffs, allowing them to dive deeper into filmmaker's elusive back catalogues, rare foreign fare, or just plain weird stuff that never came within an inch of wide release in theatres or on TV.

Curious newbies could have their eyes pried open with curated displays, eager staff, over-heard movie geek debates, or even be moved to rent by hilarious hand written post-it notes. 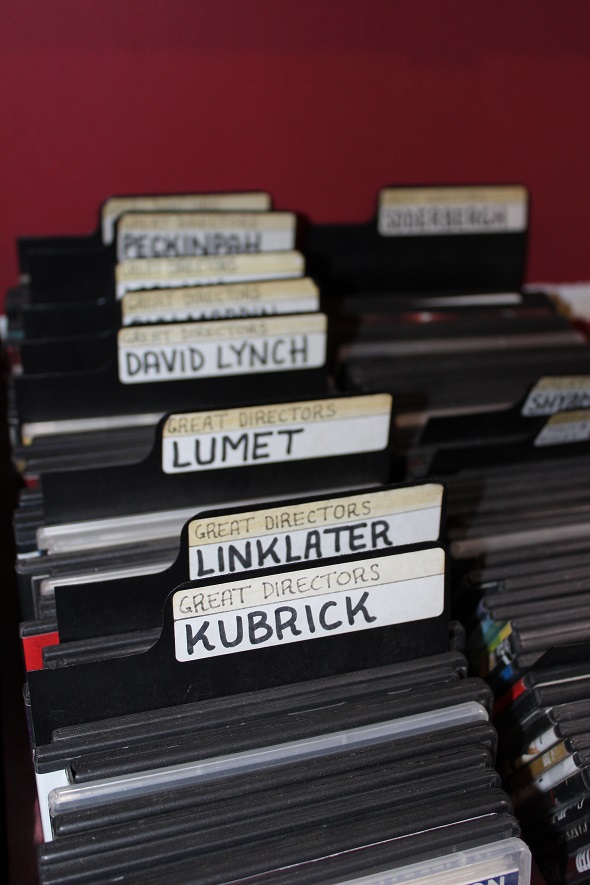 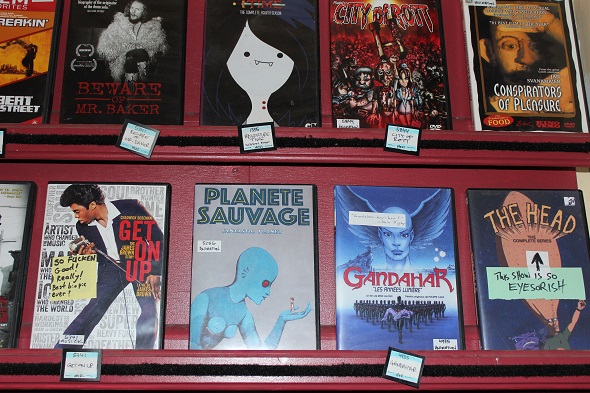 Sadly however, the internet has forged a new home entertainment ecosystem - one which prioritizes speed, anonymity and blandness over the more folksy and curated effort video stores like Eyesore offer.

Lightning fast downloads and Video on Demand entertainment services have almost wiped out the few remaining independent video stores who had already taken on a lot of water weathering the sanitized Blockbuster Tsunamii, which itself imploded in 2011.

Almost overnight, Netflix gobbled up the legions of movie renters and turned them into passive prisoners of non-existent curation. The service (which offers anywhere from 3,500-4,000 titles to stream) seems to have re-wired a generation into settling for mediocrity merely to avoid getting up off the couch.

It's depressing to contrast Netflix's paltry numbers with the 30,000+ titles an independent video store like Film Buff would carry, but such is a life in pictures.

Like the record store before it, the last remaining independent video stores have become a refuge for those who still favour venturing out to get your hands dirty, as opposed to letting algorithms do the work for you. 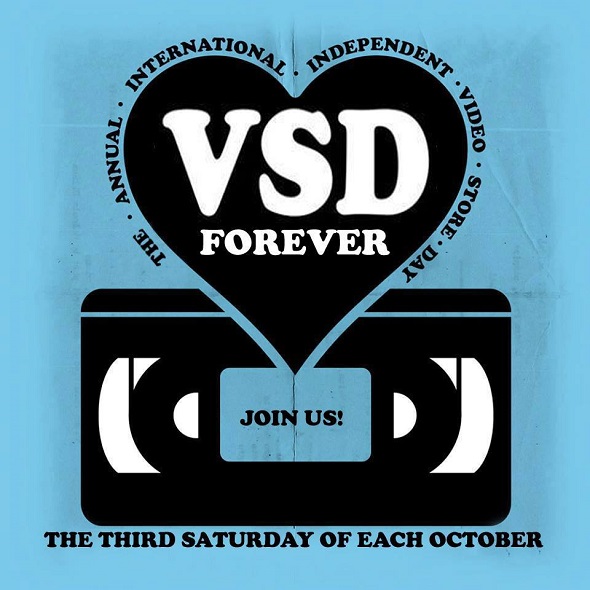 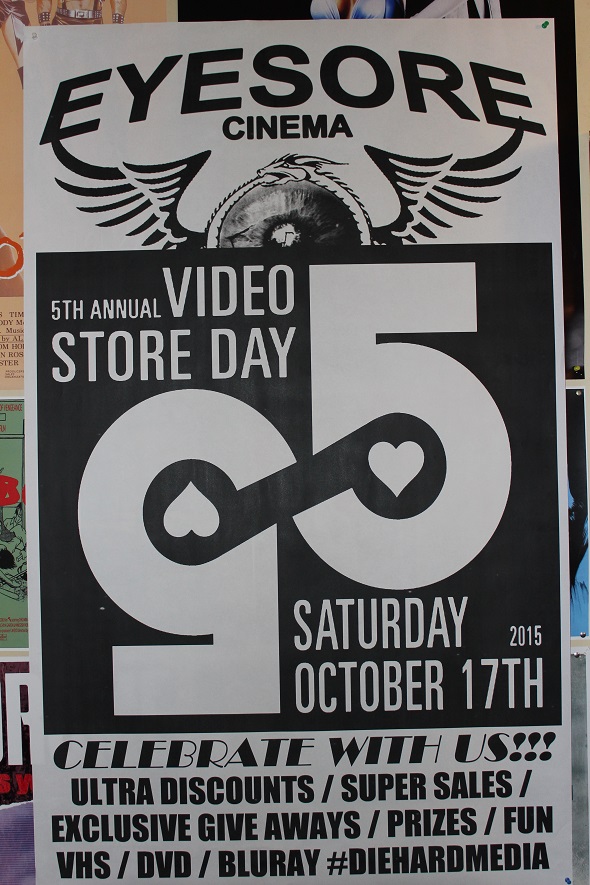 So those who value the whole video store package - the walls of lurid covers, the Velcro tabs, the sheer rush of seeing 1000s of titles which are new to you, even the forbidden fruit of titles that are already rented out - here is a chance to show some love and appreciation.

You can check out participating video stores here. Their Facebook page is here.