Bay St. was turned into a war zone between Adelaide and Richmond this weekend for the filming of the pilot of a new television series called Poor Richard's Almanack. There was some confusion on social media around what the production was given that Suits was filming in the same location just a couple days ago, and the scene is reminiscent of ones that we saw earlier this year via Suicide Squad. 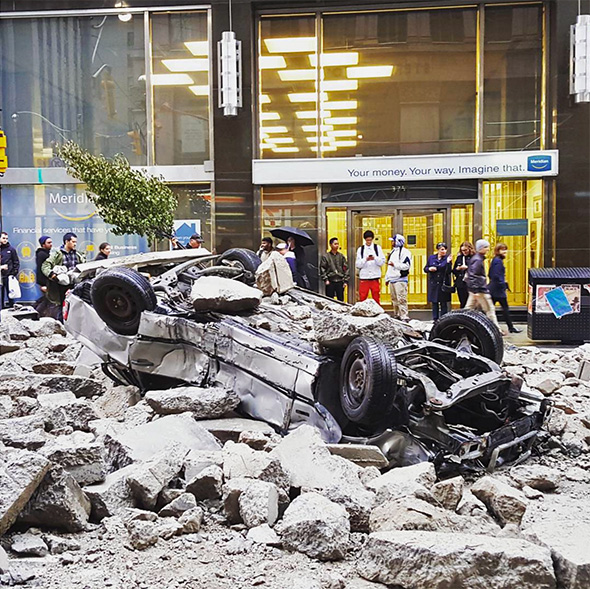 The giveaway, however, is the Philadelphia taxicabs. According to Deadline Hollywood, "Poor Richard's Almanack is a character thriller about a cadre of heroes who emerge as the new "Founding Fathers" after America is pushed to the brink of collapse," part of which is brought on by a terrorist attack in the City of Brotherly Love. 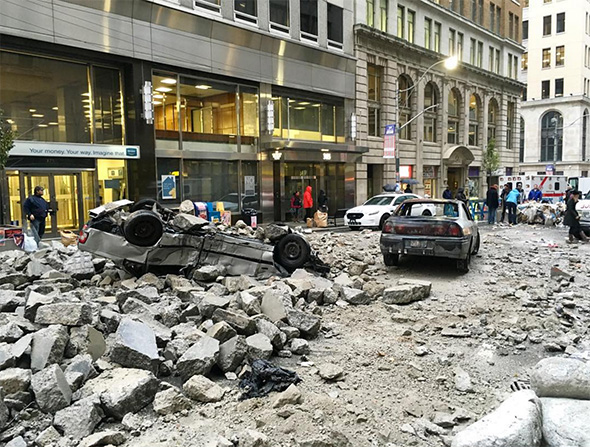 The scene was rather dramatic even as it was contained to just one block. There were overturned cars, rubble strewn everywhere, and a firetruck to attend to the fictional victims of the attack. If you didn't stumble upon it, here's a few more shots of the production posted to various social media channels.